Director Ivo von Hove has stripped the show to “the essentials,” and Anne Teresa De Keersmaeker has choreographed it with cerebral, often menacing movements. 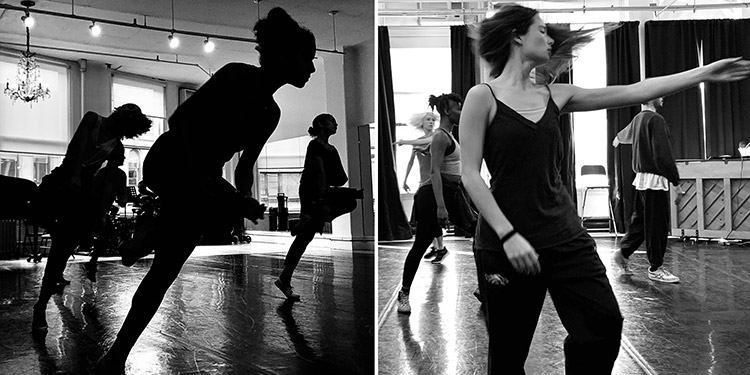 Sixty-two years ago, West Side Story opened on Broadway. Since then, the celebrated musical has captivated audiences, returning to Broadway four times. On February 20, a radically different and darker version opens at the Broadway Theatre, under the direction of Ivo von Hove. Seeing West Side Story as “brutal and very rough…all very heavy,” the Belgian director has replaced Jerome Robbins’ opening salvo between bounding, finger-snapping Jets and the Sharks with the two gangs swaying menacingly stage front, against a black wall. “I Feel Pretty,” and “Somewhere”—two of the show’s most beloved and uplifting song/dances—have been cut, as have all New York accents, with the exception of the Hispanic Sharks. The question emerges: Can this truly be called West Side Story.

To be fair, when Robbins first approached composer Leonard Bernstein and playwright Arthur Laurents in 1945 with the idea of a contemporary musical based on “Romeo and Juliet,” he didn’t situate the musical on the city’s tough Upper West Side, but on the Lower East Side. The spotlight would be on an Irish Catholic boy and a Jewish girl, whose family had survived the Holocaust; the conflict would center on the anti-Semitic “Jets” and the Jewish “Emeralds”. The result in ’47, East Side Story, was shelved until 1955, when, spurred by headlines about gang violence, they decided to move the action uptown, where the “Sharks” danced and sang to a Latin beat and Maria, a Puerto Rican, fell for Tony, now Irish Catholic and Polish. Stephen Sondheim joined to write the lyrics. Throughout rehearsals, Robbins posted stories from New York papers about gang warfare, warning actors in the two gangs not to associate with each other and spreading rumors so they didn’t want to: This was real, this was tough.

In his memoir, Laurents recalled that he and Sondheim struggled with the dialogue. Curse words were seldom heard in the theater, and they avoided slang for fear they would be dated by the time the production opened. Instead, he made up street jive phrases, like “cut the frabba-jabba.” Sondheim cut long passages of dialogue into simple lyrics: “A boy like that would kill your brother….” leaving the passion and fury to be conveyed by the song and dance.

Opening night, Sept. 26, 1957, the response by the public and critics alike was explosive. New York Herald Tribune critic Walter Kerr wrote: “The radioactive fallout from West Side Story must still be descending on Broadway this morning.”

West Side Story was dark, it was fraught, like the times (just the day before, Little Rock Central High had been forced to integrate.) Some even criticized the creators for “glamorizing gangs.” But many recognized it as a daring, brilliant breakthrough, a masterpiece. “You know how there’s Mount Everest and then there are mountains?” Marty Charnin, an original Jet who went on to write and direct the musical Annie, observed. “As far as I’m concerned, there’s West Side Story and then there are musicals.”

I agree. As a little kid living in a New Jersey suburb, I was lucky and talked my mother into taking me and several friends to see West Side Story just after it opened—it was one of my first Broadway experiences, and certainly the most memorable. We were captivated. When the record came out, I would listen over and over—so often, that the grooves disappeared and the needle skipped over favorite songs. Dividing into Jets and Sharks, friends and I would snap our fingers and leap wildly to the Prelude, then progress to the “Jet Song”. When “Cool” played, we’d turn out the lights, and alternately slink and jump, shouting then whispering “Keep cool, boy!” even though we were girls. We’d practice the accents of gang members and cops, so that we could mimic “Gee, Officer Krupke”. And of course, we all became Maria. I remember going to the movie starring Natalie Wood, then heading straight home and dancing to “I Feel Pretty” with such abandon that I tore the dance dress I’d sneaked out of my mother’s closet.

I knew all the lyrics by heart—and today I still do.

Or thought I did, until I saw the latest edition of West Side Story in mid-January. 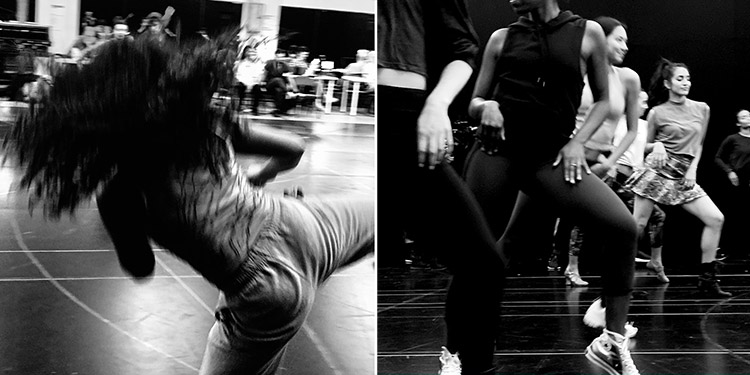 In stripping the show to what he calls “the essentials,” Von Hove has dropped “I Feel Pretty” and the “Somewhere” ballet, which gave the play much of its beauty, fantasy and hope. In the place of Jerome Robbins’ innovative and massively inspiring choreography, Anne Teresa De Keersmaeker has leveled out the vertical joy and replaced it with cerebral, often menacing movements. As he did to excellent effect in Network, von Hove has a videographer wander on stage, shooting the actors up close, focusing on a tattoo, on a scar, now on a glare. But there is a monotone of despair; no joy, no brightness or hope—instead the staging is like an update of George Grosz’s brooding black and white street scenes of the Weimer Republic. Flamboyant dress is replaced with costumes reminiscent of dark ops; the stage is almost bare, the lighting scant, made even darker and more treacherous by two downpours which von Hoven described to the cast in pre-production as a “big flood, like a Kurosawa film, where the earth splits open.” In fact, the earth did later split open for two cast members who fell while rehearsing. One, Ben Cook, playing Riff, never returned; leading man Isaac Powell injured his knee so badly the producers pushed back the opening two weeks to February 20.

Missing in action is the laughter, wild street dress and wise-cracking humor that one expects to see in West Side Story or, for that matter, any day on the A train, leavening the tragedy that surrounds. “Dear Officer Krupke” is now more about the concerns of #BlackLivesMatter than teens glibly mocking authority; in place of the wise-ass characterizations are prerecorded videos of young men being handcuffed and threatened by cops carrying guns. Yes, blacks and other minorities are members of the Jets—but no one speaks with a New York accent. Even the cops speak proper English!

Von Hove has admirably updated casting and focused on universal problems of modern life: police brutality, broken homes, racial and economic inequality. But he has failed to locate these problems in our city. By focusing solely on the simmering anger that explodes into nihilistic violence, and dropping all the bright quirks that make life worth living, von Hove and De Keersmaeker have neglected the star of the show: New York, the city that the originators—and we—live in.

West Side Story has always been dark and depressing (in fact most producers refused to back the original production precisely because of that, and Columbia Records briefly refused to record it.) But West Side Story is more. It is New York City’s anthem, delving into love and betrayal, belonging and not, the hopes and broken dreams of the millions of New Yorkers living the city’s diverse neighborhoods, all so different and yet all Americans. As Bernstein once noted: “This will be our reply to violence: to make music more intensely, more beautifully, more devotedly than ever before.”