With more than 40 million Americans filing for unemployment in just the past eight weeks, we see our present mirrored in this Depression era documentary photographer’s work. 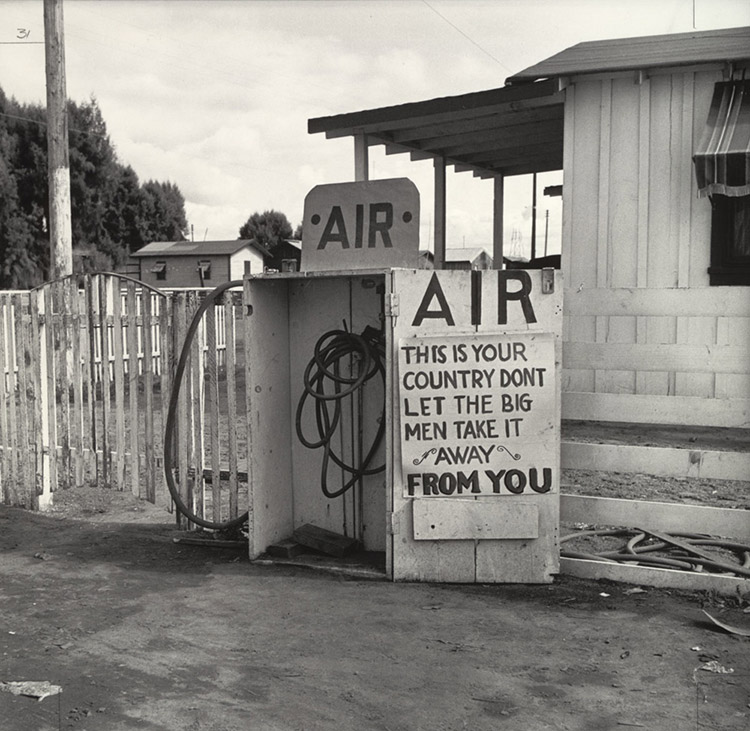 The Museum of Modern Art’s exhibition of Dorothea Lange: Words & Pictures couldn’t be more timely. Of course, we can’t physically visit, but luckily, MoMA has put the exhibit online and—even better—published an excellent catalog by the same name.

Lange began her documentary photography career eight decades ago, when she and her husband, agricultural economist Paul Taylor, were contracted by government agencies to draw public attention to that economic and environmental catastrophe, the Great Depression. Their focus: the urgent issues facing Americans, as signaled by the book cover’s black and white photo. Outside an old wooden filling station, at a deserted cross-roads in California, is a sign:

In 1938, the photographer captured the words of the unknown owner—words that ring as true today as they did over eight decades ago.

Starting in 1935, Lange travelled the country, capturing the images and words which helped build support for the Works Progress Administration and FDR’s New Deal. (While a number of Democrats today—including Elizabeth Warren, Bernie Sanders and Joe Biden—are pushing for a Green New Deal, focusing on employment and sustainable development, Trump has shrugged off the notion of reviving of the nation’s most successful programs. Are we surprised?) 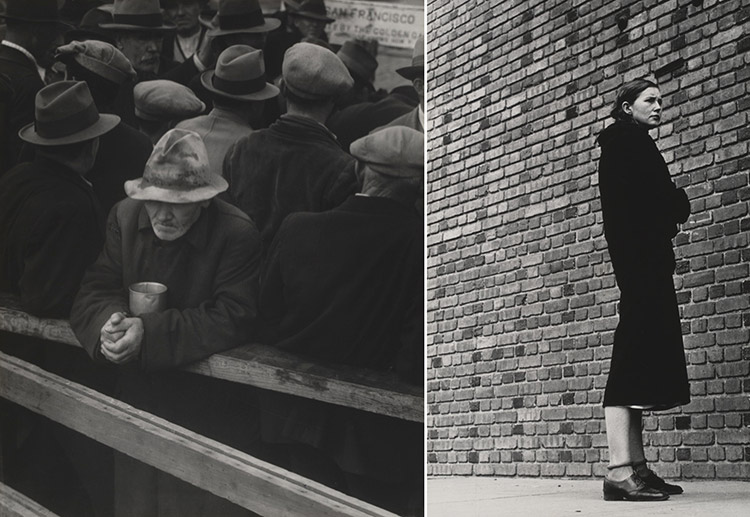 Today, with 40 million Americans filing for unemployment in just eight weeks, we see our present mirrored in Lange’s work: men, lined up in 1933 at a soup kitchen, backs hunched in despair (White Angel Bread Line, San Francisco). This is one of the first images in which the young photographer captured the devastation of the Great Depression. Many more were to follow: overworked farm workers—a black ex-slave in Alabama, a cotton picker in Arizona; a corpse wrapped in a blanket, deposited in the doorway of a clapboard church in San Joaquin Valley, California—a haunting image of a time when families had no money to pay for burials. Drought refugees—Mexicans and Oklahomans in old, overloaded cars, leaving behind their burned-out farms—heading to California, across the Yuma Bridge. The suffering is also in cities: a distraught but determined woman, waiting (Outside the Relief Grant Office, November 1938), soon after FDR opened federal funds to the needy.

The images and stories behind them, appearing in pamphlets and newspapers, were an inspiration for John Steinbeck, whose novel The Grapes of Wrath, came out the same year as Lange and Taylor’s An American Exodus. 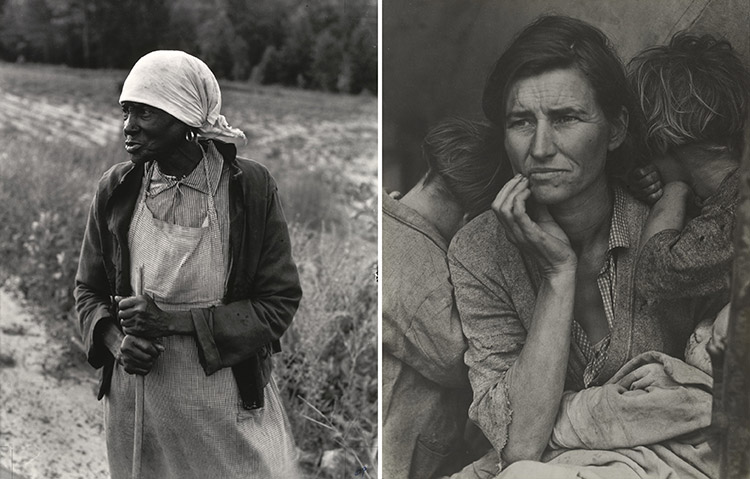 Unlike many photographers, Lange believed in words as much as she did images: “All photographs,” she wrote, “not only those that are so-called ‘documenting’…can be fortified by words.” Her photos linked with the poems of Archibald MacLeish in Land of the Free, the most famous being the portrait of a care-worn mother with her two children and new baby—an image that ran in countless papers and magazines, underscoring the importance of the WPA; years later, the iconic image was published as “Migrant Woman,” an icon in the history of American photography. As MacLeish wrote in 1937, “Land of the Free is the opposite of a book of poems illustrated by photographs. It is a book of photographs illustrated by a poem.”

MoMA’s online exhibition devotes an entire section to “Migrant Woman,” with an essay by curator Sarah Meister about the mystery surrounding the image and an audio by filmmaker Dyanna Taylor.

As Meister, who made a documentary about Lange, notes, Dorothea was an early environmentalist; one of her last books, called Death of a Valley, “documented the painful razing of an entire way of life,” when a beautiful valley in Napa was flooded for a dam. The photographer’s interest here, as it was throughout her career, was in the people, how they prevailed, through all the pain and disruption.

Look and read about the images in Dorothea Lange: Words & Pictures. Ponder on Lange’s work—and hope that photographers and writers in our times take inspiration from her work, and have the dedication, imagination, and guts to follow those lonely people, walking along the dirt shoulders of roads, hoping for a better future—while the one percent ignores their plight, even laughs at it. [On the Road to Los Angeles, California, March 1937.] 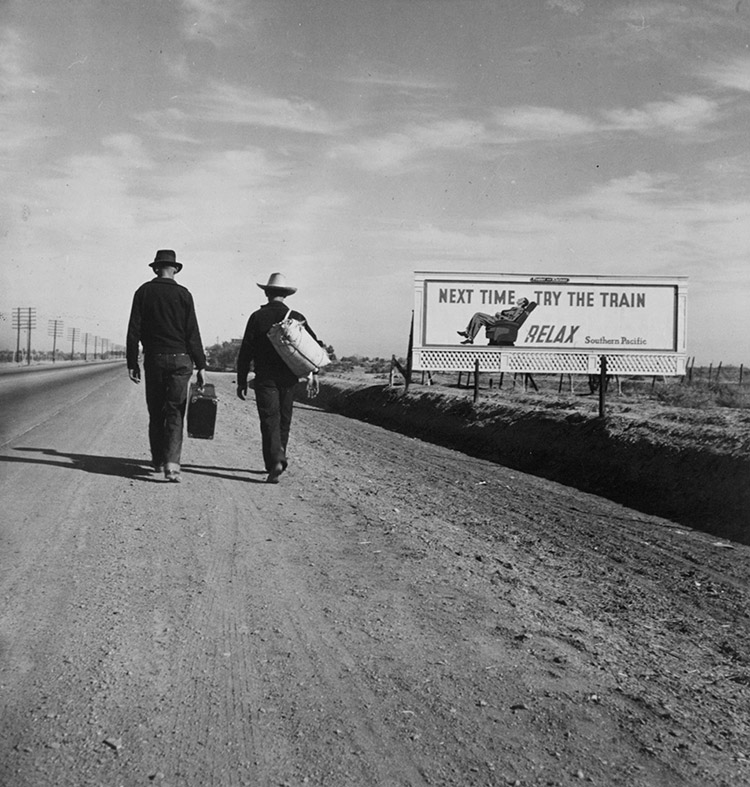