Hairstyle News: Isn’t It Time for an Update?

The look of favor today is either tousled or sleek-but-askew, says super-stylist Yves Durif. Plus, he and other experts reveal their favorite grooming products. And we list a few of the growing number of NYC subscription salons offering pre-fixe unlimited monthly shampoo-and-blow-dry sessions. 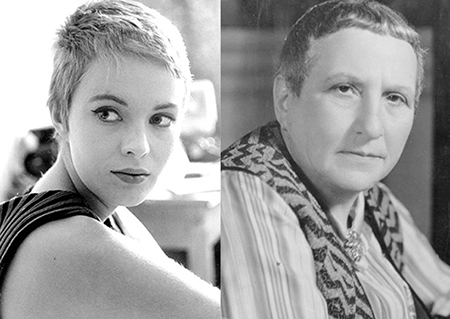 One day back in the mid-’60s, when French New Wave cinema was all the rage, a teenage Aline S. went to see Breathless, starring Jean Seberg and Jean Paul Belmondo. The next day, she headed into the same East 57th Street salon where she’d been getting her hair serviced since childhood—and demanded having Seberg’s ultra-boyish, ultra-cropped pixie cut. Her stylist grudgingly obliged, and that became Aline’s signature look, seeing her through five-plus decades as a fashion retailer, consultant, wife and mother. Then came the day, a few years ago, when she glanced in the mirror and decided she was looking less Seberg-ian and more Gertrude Stein-ian.

That did it. Aline grew her by-then silvery hair into a wavy, chin-length bob, which is how it remains today.

There comes a time when age catches up with our hairstyle and we begin discovering the indignity (or should I say the absurdity?) of maintaining that ’80s teased bouffant or feathered Farrah Fawcett ’do. Whether through chemical overprocessing, too many blow-drys, deciding (as Aline did) that our face and our hair are no longer in sync, or simply having had it with our longtime coif, just about all of us reach that poignant, fraught moment when we’re up for changing our tresses.

Now that is tantamount to having an identity crisis, raising the urgent question—What kind of look do we want instead—and what will serve us well—in our 50s, 60s, 70s and beyond? 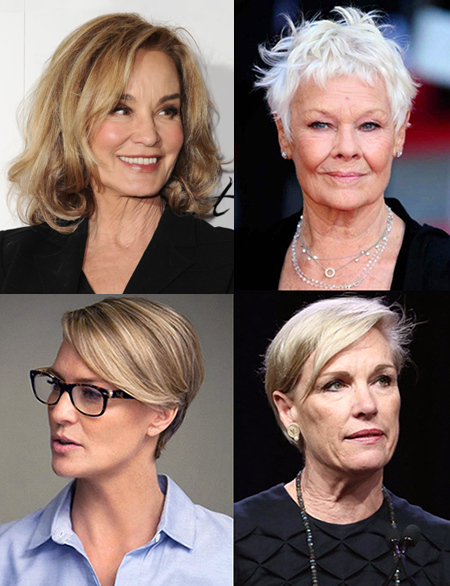 The dozen women I queried for this article were unanimous in their nonstop desire to avoid looking like they have a ’do—that is, a structured, obviously engineered, probably lacquered hairstyle. No gimmicky “novelty” looks for them.

Instead, in line with the current anti-makeup makeup trend and daylong athleisure aesthetic, today’s operative term for hairstyles—the word almost every woman I spoke with uttered—is tousled. At left, clockwise: As in Jessica Lange’s wavy flip or Judy Dench’s ruffled, seemingly haphazard pixie cut. Or alternatively, when hair is neat and tame, the look of favor is slightly off-kilter and asymmetrical, as seen in the side-swept style worn by pro-choice activist Cecile Richards and by Robin Wright in House of Cards. Or maybe it’s simultaneously sleek and tousled, as in Nicole Kidman’s behind-the-ears extended bob. And as for the long, cascading waves favored both in the White House and by Stormy Daniels? In today’s hothouse beauty politics, that look is often avoided as un-PC. 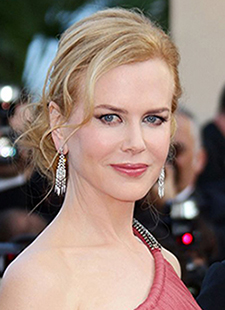 “Perfect is boring,” says Yves Durif, the major-league veteran hairstylist who holds forth at his Yves Durif Salon at the Carlyle. (Indeed, it’s berthed on the 3rd floor of the Carlyle Hotel.) Durif has definite, iconoclastic ideas about cuts for women over age 50—including the elderly-elderly. Seeing plenty of poor-quality hair on New York’s streets, not least among women carrying Hermès bags, his advice is simple: “If your hair is not one of your best features, get rid of it. Women have to move out of their hair-comfort zone.”

Yes, those sound like the words of every hair salon cutter you’ve ever met. But Durif—who tends to the hair of the International Monetary Fund Director Christine Lagarde, of MSNBC’s Morning Joe host Mika Brzezinski, of the Vanity Fair correspondent Amy Fine Collins and of the Hudson’s Bay and Lord & Taylor president, Liz Rodbell—is no run-of-the-mill traditionalist. His stated inspirations may be Midcentury—the abovementioned Jean Seberg, and Brigitte Bardot in And God Created Woman, for instance. But while inspired by the past, he’s firmly ensconced in the 21st century, cutting hair that has a sleek, future edge, which—I’m happy to report to NYCitywoman readers—he considers ideal for mature women. “A great modern haircut,” he says, “is almost like a facelift.” Well, all right then!

Durif believes mature women benefit from the boyish look of androgyny—as in the two haircuts he favors—the Louise Brooks-ish bob and the pixie. He’s also fond of the shag—as per Jane Fonda in Klute. And unlike most in his profession the world over, he approves of ponytails. Warning that “women tend to get hooked on volume,” he points out that “a tight ponytail is better than making fine, older hair look big.” Instead, “be punchy; think super-sleek; it’s more glamorous. Women who don’t do so cheat themselves.”

Whose hair does Durif admire in recent times? Glenn Close’s, Diane von Furstenberg’s, Carolina Herrera’s, Frances McDormand’s and the late Sonia Rykiel’s. He also likes the disheveled look of the fashion editor Carine Roitfeld. And as for Black women with closely cropped hair, “They’re the ultimate,” he says. One he cites is Judith Jamison, dancer, choreographer, and the Artistic Director of the Alvin Ailey American Dance Theater. 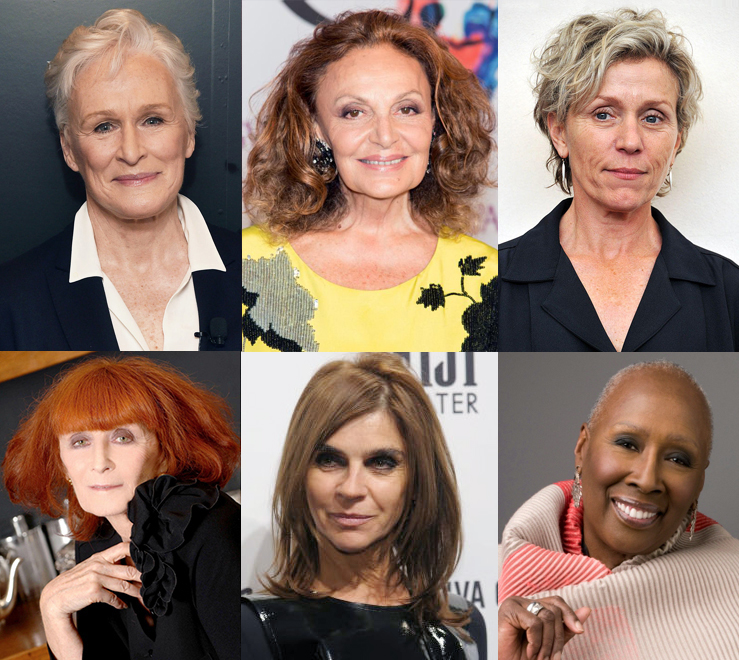 Untold numbers number of New York women these days get their hair cut and colored at upper echelon salons, but switch to local establishments for their weekly—or sometimes twice a week, or even daily—blow-drys. To accommodate them, a new species of salon has sprung up. Going beyond that bastion of dry-hair blow-outs, Drybar, what we’ve got now are shampoo and blow-dry membership salons, offering subscription deals. For instance:

Glam+Glow. With branches on the Upper East Side, Times Square, the Flatiron District, Astor Place and Dumbo (and reciprocity at the chain’s Miami and Los Angeles branches), Glam+Glow has several monthly membership plans: 4 dry-hair blowouts or 2 with shampoo, $79; unlimited dry-hair blowouts, $135; and unlimited shampoo plus blowouts, $225. glamandglow.com

Blo Blow Dry Bar. With branches on the Upper East and Upper West Sides, Midtown, Chelsea and the West Village, this corporate chain offers 8 blow-outs per month for the price of 7, which typically cost $45 each. blomedry.com

One Blow Dry Bar. With a presence at Macy’s Herald Square, this international chain obliges with unlimited blowouts for $99 for the first month, and $200 for each subsequent month. oneblowdrybar.com

Hairstyling Products You Really Should Know About

Thousands of haircare products are cramming the store shelves and e-commerce sites these days. For those of us still tending to our hair at home, here’s a guide to 14 of the best (including some outliers), compiled with the advice of experts in the trade. 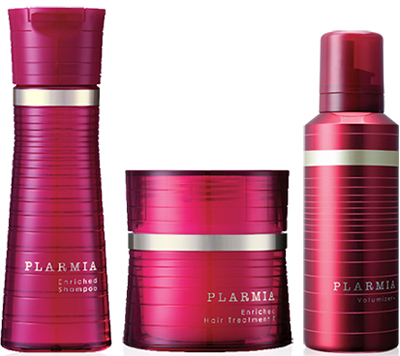 Milbon Plarmia. By many estimates, Asian hair products are superlative—not least Milbon’s, out of Japan, offering a wide range of goods for all kinds of hairstyles and needs. Among them is an outstanding collection for mature hair that’s one of the best this reporter has used. I now bring my Plarmia Enriched Shampoo ($28) and Enriched Treatment (a conditioner, $42), both of which contain protein-rich soybean isoflavones, and my silk polypeptide-enriched Volumizer (a non-cloying mousse, $32) to my neighborhood salon for blow-drys, and am routinely told these products do a great job at maintaining shine and manageability. Milbon products are sold in New York City at the Pierre Michel, John Barrett, Warren Tricomi Salon, and Roy Teeluck Salon. 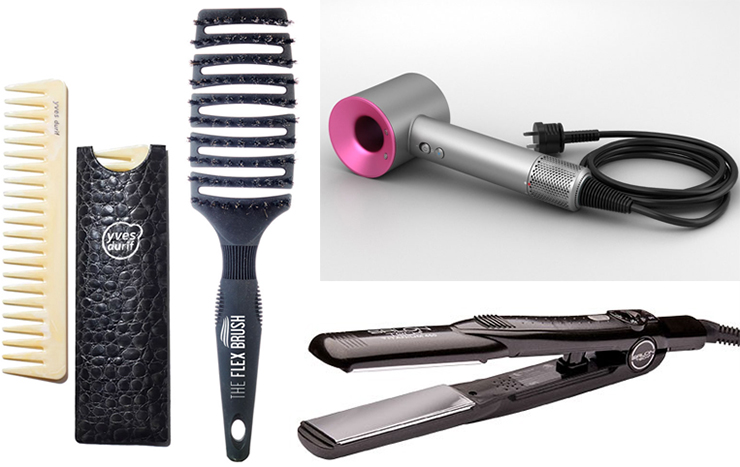 The Yves Durif Comb. This has got to be the definitive wide-tooth luxury comb. It’s made in Italy of ivory-like (but softer) rubber resin, which is not only heat-resistant, but static-free, making short shrift of snarls. To my amazement, it glided effortlessly and tangle-free through my matted, three-days-since-shampooing hair. Plus, at $35 it makes for a charming gift for hairstyle-minded loved one. yvesdurif.com

The Flex Brush. Also made of rubber, here is a mutant brush with an undulating base whose vents allow air to flow through while blow-drying. It too swiftly eliminates tangles; and because the base bends every which way, it doubles as a scalp massager. Small size, $19.95; large, $26. theflexbrush.com

Dyson Supersonic Hair Dryer. This is Yves Durif’s favorite dryer—high-velocity, strong (so it’s speedy) and concentrated, but gentle to hair, he says. It’s also quieter than other dryers and lighter in weight. At $399.99, it’s an investment—but everyone I’ve spoken with who uses one swears by it. dyson.com

And while on the subject of dryers, for perking up hair, Alexis Ogawa, a stylist at the Pierre Michel Salon, has a brilliant suggestion: Briefly warm up dry hair with a dryer. Then put it in rollers while applying makeup or having breakfast. Result? A shortcut to renewed bounce.

Salon Tech Titanium Flat Iron—1 Inch. When it comes to straightening irons, Ogawa prefers this Salon Tech iron, with titanium plates (best for speedy heat transfer) and handy swivel cord. The higher the temperature, the greater the shine, she advises. But even though this iron heats up to 450°, she advises keeping it at a lower temperature to avoid damaging the hair. $159.99. On Amazon. 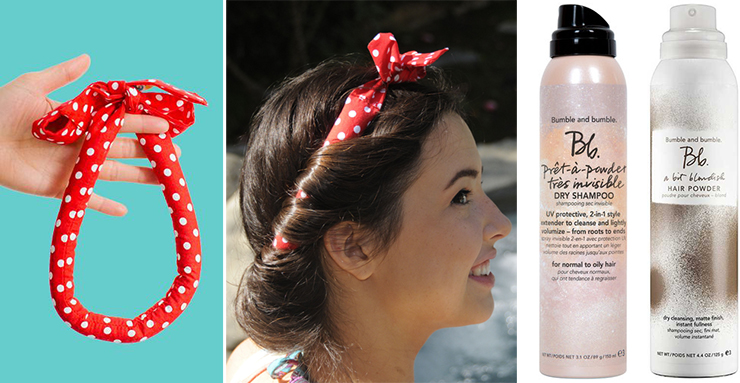 SoCal Curls Hair Curling Ties. For achieving carefree, near-effortless curls, Marie Sigismondi, a seasoned colorist, who’s also at the Pierre Michel Salon (she’s been profiled on this website; see Tips From a Top NYC Hair Colorist), recommends this clever update on the old-fashioned hair rag: a tie-fabric headband with quick-heating beanbag granules inside. First, you microwave it for 30 seconds. Next, you attach it as you would any headband to hair that’s dry or slightly damp. Then you loop sections of hair around it. Keep it intact for half an hour, wear it overnight for curls with bounce, or leave it in place for a Friar Tuck updo. $15.99–18.99. socalcurls.com

Bumble and Bumble Dry Shampoos. For the legions of women who get professional blow-drys once or twice a week, home shampooing is a thing of the past. To help keep their hair clean and perky, the cosmetics industry has obliged with a slew of blow-out extending dry shampoos that remove accumulated oils and boost texture. Sigismondi is keen on the Bumble and Bumble Brownish Hair Powder and Blondish Hair Powder. (Alas, redheads are left out here). These tinted sprays double as gentle color-refreshers. $36. bumbleandbumble.com 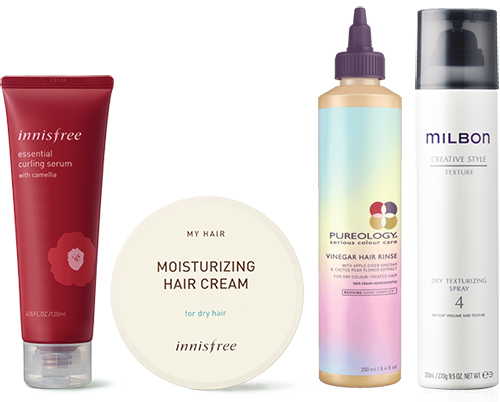 Innisfree Moisturizing Hair Cream and Essential Curling Serum with Camellia. In my endless quest for bouncy, non-greasy styling products for my dry-ish, curl- and frizz-prone hair, I’ve made two fortuitous discoveries from Innisfree, the oddly named Korean cosmetics collection. Both products give gentle control and lustre while minimizing flyaways—without weighing my hair down (like pomades). Plus, they smell good. And the prices are right. Cream, $15; Serum, $12. us.innisfree.com

Pureology Vinegar Hair Rinse. For getting rid of build-up and restoring shine, Sigismondi advises her color clients to use this apple cider vinegar rinse the day before they get their hair tinted. She also recommends it for women who wash their hair infrequently. $29. pureology.com