Selling a house is a very emotional experience, and just because people make the decision to sell doesn’t mean they’ve cut their emotional ties. 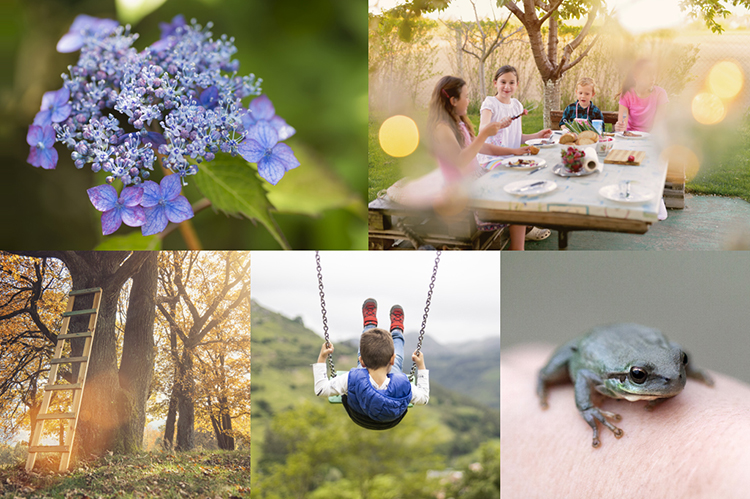 The “For Sale” sign greets us as we turn into the driveway. I glance past it quickly and focus instead on the grounds. While the hydrangeas are no longer in bloom, a brilliant patch of tangerine-colored day lilies seems to be bravely hanging on and I’m elated when I spot one delicate purple flower atop our late-blooming clematis vine. Success! A backdrop of ever-changing weeds and wildflowers abut a small stream veering off to the right of the property. My husband, Noel, parks the Subaru at the end of the driveway. We enter the house through the back door, which leads onto a glass-enclosed sun porch and thence to the kitchen. We’re home.

The house is up for sale. Hard to believe that it’s been our country getaway in the Berkshires for over 25 years. To local residents (notably members of the neighboring historical society), we’re still the new kids on the block: the most recent occupants of the house built by John Warner in 1790, across from the tavern owned by William Warner, his father. A plaque on the site tells us that, on June 24, 1776, members of the Committee of Public Safety met at the tavern and voted in favor of the American Colonies’ independence from Great Britain. Many went on to fight in the Revolutionary War.

The parlor and dining room of John Warner’s house are thought to have been added between 1815 and 1830. All four downstairs rooms (including the kitchen) have working fireplaces, as does the master bedroom on the second story. The windows are 12-over-8—significant if you’re into historic architecture. Wide wooden floorboards of birch, hickory and maple run throughout.

I fell in love with the house the moment we walked through the front entrance. The rest of our realtor-led tour did nothing to diminish my enthusiasm. I squeezed Noel’s hand. We had spent three years, off and on, looking for a country retreat that would meet our hopes, acting as a balance to the pace and pressures of our everyday life in New York and serving as a destination and gathering place for our three far-flung sons, their wives, and eventually our grandkids. We could picture our family being happy here. Did I mention that there were cows across the way?

And so we bought John Warner’s house and set about creating our own history: lawn parties to rival Seurat; a July Fourth open house that became an annual tradition. When our first grandchild was born we put up a swing set. Five grandkids later we added a cottage—a separate, no-frills dwelling with beds set up dormitory-style. Our son Mitch built a tree house with wide wooden floor boards. In keeping with our vision of a pressure-free retreat, there were few rules. Guests were free to take advantage of the many events and cultural institutions in the area or they might stay at home, read a book, toss a Frisbee, head for the hammock or vie for who could catch the most frogs at the pond. (This was the children’s favorite, but they always had to put the frogs back.) Cocktail hour was at six, followed by a casual cookout. Card games rounded out the evening. And so to bed.

Time passed. The little girl for whom we bought the swing set is now a third-year student at a large European university. Her brother enters college in the Midwest this fall. Other grandkids are caught up in sports—notably crew and roller derby—which take up most of their discretionary time. Noel and I are more likely to spend weekends on their turf, where we’ve traveled to see them participate in a meet or regatta. We’ve also made overnight trips to see our youngest grandchild, age 7, perform with her ballet class, which meets on Saturday mornings. She’s otherwise busy with swimming lessons, Girl Scouts, play dates, puppy walking…. Alas, I see no space on her calendar for catching frogs.

In contrast, Noel and I find ourselves with fewer responsibilities and more free time, much of which we spend in the country. It’s as if we’ve been empty-nested again and have to relearn being just the two of us in this place. We concentrate on quiet pleasures: taking a country walk after dinner, settling down with a good book before a warming fire (choice of five locations!). We meet friends for dinner. Simply going out to see a movie seems more of an adventure in the country. Our calendar is filling out nicely. And yet here we are, with a “For Sale” sign out front.

Deciding to sell: What made us decide to move ahead? It might have to do with the commute. Inching north from Manhattan along the twists and turns of the Taconic on a rainy/snowy/foggy Friday evening, feeling tired/hungry/in need of a restroom, each of us has been heard to grumble, “This does it! Let’s get rid of the house.” But neither of us meant it. Not then. (Even so we ask ourselves: how much longer will we be up to managing the drive.)

The idea gained traction once we were actually inside, ensconced in our rocking chairs in what we refer to as “the library” or “the den,” depending on whether we intended to read or watch TV. The dining and sitting rooms remained unused and unlit. Periodically, I would enter the unoccupied guest rooms to plump up pillows or clear cobwebs from the window sills. But now the house has become too large and too expensive to maintain as a hideaway for two, not to mention that I find myself gripping the handrail much more tightly when ascending or descending the main flight of stairs. “Sell before you have to,” a friend advised. We contacted a real estate broker.

Selling a house is a very emotional experience. Just because people make the decision to sell doesn’t mean they’ve cut their emotional ties. I think that’s why a recent article in the Times caught my eye. It reported that Governor Cuomo and his longtime girlfriend Sandra Lee were selling her house, where they had lived together. (Her daughters were grown.) In putting her house on the market, Ms. Lee is quoted to have said, “Lily Pond is the most beautiful perfect house on this planet and that is the truth. It’s a family home and it should be loved and cherished by a beautiful family that deserves it.” She might well have been speaking of John Warner’s home.

A house that’s on the market has to look its best. Some realtors suggest that it also has to smell its best. They advise filling vases with sweet-scented flowers, baking cookies right before the house is shown. We haven’t gone that far, but we make sure to leave the place picture-perfect each time before heading back to the city. But straightening up is a slow process. We linger in the different rooms, saying goodbye to the Federalist table bought at auction, a dictionary stand discovered at an estate sale, a wicker table we spotted at an outdoor antiques show, a painting we commissioned of the red barn across the way. We hope others will appreciate them as we do.

Our agent reports that the house shows well—but would-be buyers have all raised concerns: How much will it cost to completely redo three bathrooms and a kitchen? Such remodeling is de rigeur whether you’re selling a cottage or condo. No matter that the refrigerator and dishwasher have been replaced within the past year. People want marble tops, a cooking island, a flow-through design. “What do we do?” we asked our agent. “Lower the price,” she answered.

We may be leaving, but we want our home to remain as we remember it. Interestingly, this appears to be true even when the home that’s being sold remains in the family. Four years ago, our good friends Ginnie and Bert decided that the trip to their lake cabin was becoming too much for them (especially when it required driving at night) and they gifted the place to their oldest son. “We find ourselves making excuses every time they ask us to visit,” Ginnie tells me. “They’ve changed everything around, and I don’t dare say anything. It’s no longer a place where I feel comfortable.” Our homes are filled with memories.

We find ourselves experiencing seller’s remorse. Goodbye to having a front-row seat at the miracle of the changing leaves each autumn. No longer will we be sipping cider around the perfect Baltimore table that we found for the period dining room. “There should be a ritual for when you move out of your house and everybody shares memories from the different rooms there,” wrote David Brooks in a recent Times column, acknowledging how difficult such a passage can be for many of us, “Rituals can mark the time when we go from one stage of life to another.”

Selling the house is a step on the journey. We hope it will go to a beautiful family that deserves it.