Children who grow up with a strong and healthy attachment to their parents tend to enjoy more stable and satisfying relationships as adults. 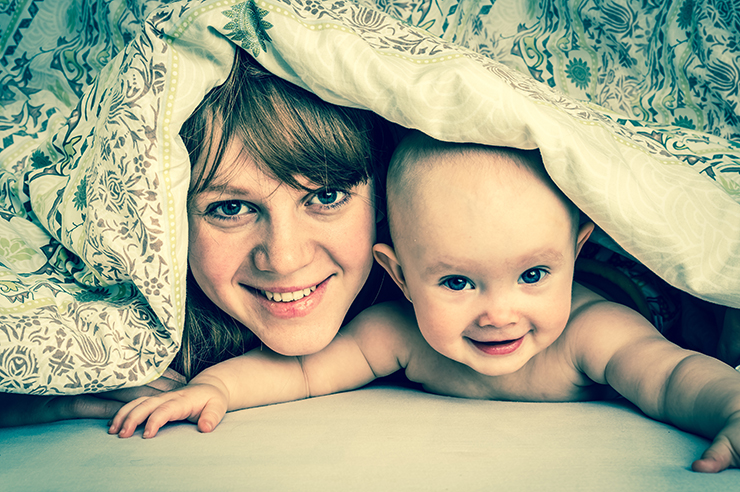 As a writer who frequently deals with the subject of relationships, I am grateful to the many people who have welcomed me into their lives, sharing their stories (warts and all) so that what happened to them could be used to benefit others. This is the same approach taken by journalist Peter Lovenheim in The Attachment Effect, an ambitious new book in which he candidly describes his own problems with relationships. We meet the author at a low time in his life: divorced, just out of an on-again, off-again relationship that had lasted for years, and trying to make sense of it all. “How sad for each of us to have invested so much in a relationship that came to nothing,” he writes. “Yet why we could never make it right remained a mystery.” And solving it, a challenge

One day during this period, while visiting his daughter in college, Lovenheim picked up a book on psychology and began leafing through its pages. He paused at an article about attachment theory and something called attachment style—both terms were unfamiliar—but then his eye was caught by text that read: “What happens when people with two different attachment styles try to become a couple? The result is often explosive.” Something clicked. The time was right for him to learn more about attachment relationships and, in the process, more about himself. Four years later, he is ready to teach the rest of us.

Some background is helpful. Attachment theory was developed by psychoanalyst John Bowlby, who worked in British orphanages after World War II and observed with dismay that although children were provided with food, shelter and medical care, they failed to thrive. Some even died. Why? It took decades of research into multiple disciplines before he had his answer: what every child needed to thrive was to have a close connection with a competent, caring, and reliable caregiver—usually the mother. Indeed, we’re all hardwired from birth to search for such an attachment.

“The success or failure of that search actually shapes the infant’s developing brain, affecting core emotions and personality structure, and thus creating a set of beliefs and expectations about relationships in general,” writes Peter Lovenheim. “These, in turn, influence what we feel and how we behave in relationships for the rest of our lives [emphasis mine]—with romantic partners, certainly, but possibly with everything and everyone else, too…. For most of us, this early attachment occurs before our earliest memories, usually before age two. And yet it has the power to affect relationships, in Bowlby’s words, ‘from the cradle to the grave.’” Alas, his findings are tragically relevant today, given our government’s recent policy of separating thousands of migrant children from their parents at our Southwestern border. How could this happen?!

The Attachment Effect: Reading this book, one gets the feeling that even Bowlby might be surprised by how broad the field of attachment research has become. Subsequent researchers, for example, looked at adult romantic relationships and argued that these, too, were attachment relationships. A lot of attention has been paid to determining one’s attachment style—the way we look at the world and interact with others based on the relationships we experienced in early childhood. People fortunate enough to grow up with a strong attachment to their parents tend to enjoy more stable and satisfying relationships as adults. They are said to be secure. “Those with insecure attachments—two types are “avoidant” and “anxious”—will have a tougher time with relationships.

Lovenheim goes into this in greater detail and length. He interviews researchers, practitioners, teachers—anyone and everyone in any way involved with his topic—and offers himself as a subject for any project or program, as for example, when he subjects himself to an MRI scanner used to study the neuroscience between emotions and relationships. He takes the reader with him into therapy where he uses his new attachment knowledge to work out thorny issues with his parents—issues that, he now understands, have influenced his ability to feel secure as an adult. It is possible, he shows us, to change an attachment style by consciously altering our behavior.

The territory he covers ranges from birth to death, from home to workplace to sports arenas and even to the presidency. (Both Hillary Clinton and Donald Trump show traits consistent with attachment avoidance.) And he introduces a wide range of folks who testify to the insights they’ve gained by using a knowledge of attachment style in their own lives. If I have reservations about this book, it is that it covers too wide a landscape. Peter Lovenheim has written a kind of Everything You Always Wanted to Know About Attachment…and then some.

The Attachment Effect: Exploring the Powerful Ways Our Earliest Bond Shapes Our Relationships and Life by Peter Lovenheim [Tarcher/Pedigree]