The demand for all-female travel groups has increased by leaps and bounds, pushing travel agencies, tour providers and travel clubs to organize trips for women only. 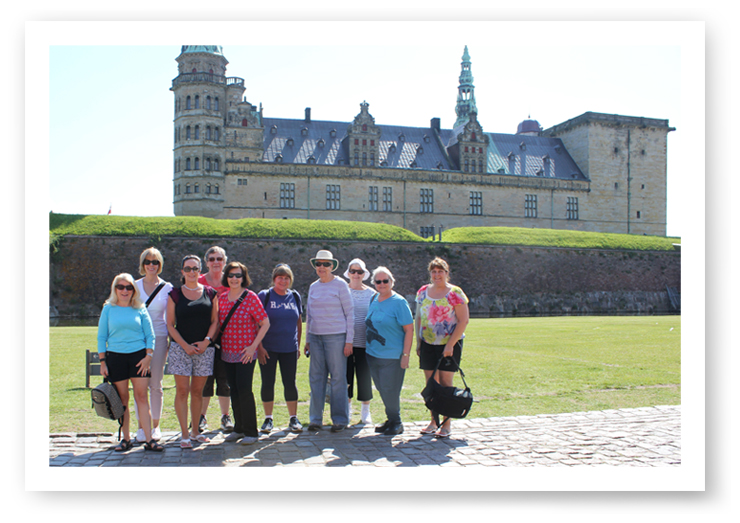 There has never been a better time for you to pack your bag and hit the road—or the skies—or the sea. According to The Boston Globe, nearly two-thirds of today’s travelers are women. This holds for women of all ages, increasingly so at older ages when we’re more likely to be single or to have a partner who’s content to sit by the fire. We’re on the go. The demand for small-group all-female travel has been growing exponentially, so that a growing number of agencies, websites, and Facebook groups now cater to women travelers.

An idea of this volcanic change can be gleaned from Evelyn Hannon, editor of the free, information-packed monthly newsletter Journeywoman, which I discovered some twenty years ago. “When I was starting to write about travel back in the 1980s and ’90s,” Evelyn told me, “only five companies offered trips just for women. Others said, ‘We don’t think there’s a market for it.’ Now virtually every company has at least one division for women.” 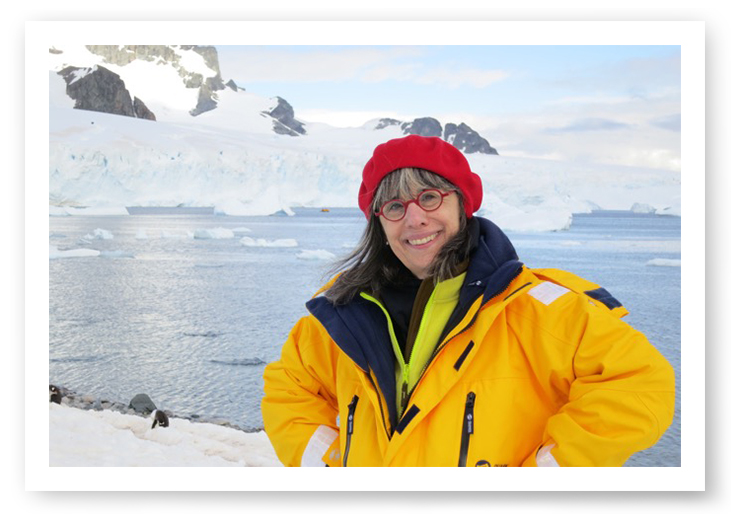 Journeywoman is a gem. As Evelyn describes it: “It’s built on information from women telling friends, grandmothers telling daughters, and then daughters telling their own daughters.” It offers multitudes of tips on traveling solo, dressing for culture and climate, packing for wherever, preparing for that dreaded moment when your bag doesn’t appear on the airport carousel and what to do afterwards, and how traveling at 60 is different from traveling at 45.

The Women’s Travel Club, North America’s leading tour provider for women and women’s organizations, runs small-group tours (up to 16 women) and will match travelers with a roommate. Marianne Southall operates it out of Canada, but 40 percent of her travelers are from the States. She launched the club in 2013 when, as a travel agent, she found that many women wanted to travel with other women. Too busy to research and plan their own trip, they didn’t want to be in a big group with couples, they wanted to feel safe, and to be with other women. Also, many wanted to find a roommate to avoid paying that annoying—and expensive—single supplement.

Most roommate matches work out, Marianne told me, “but when one doesn’t—say, if one snores—the tour leader will switch places with the quiet sleeper, who then gets the leader’s single room.” She emphasized the advantages of a small group, which allows for activities that would be impossible for a larger number—as one party in Japan learned when they dressed as geishas for the day, walked about in town, and took their photos home. 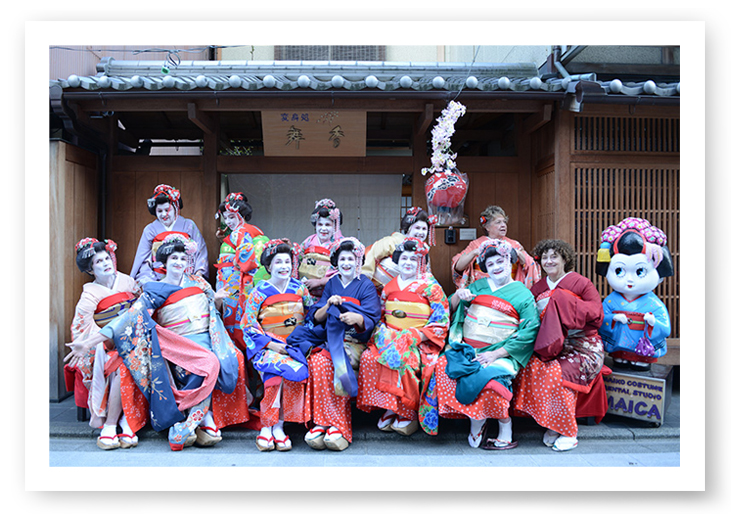 What do women themselves say about female-only travel? When Upper West Sider Sheryl McCarthy decided to turn her dream of a trip to Africa into reality, she went through Aviva Travel Group, run by Ruth Bridges, a retired librarian who started Aviva by arranging a weekend literary retreat for members of her reading group.

“I could not have made a better choice,” Sheryl told me. “As an African-American woman, I wanted to go on my first trip to Africa with other African-Americans, to feel a certain connectedness going back to our roots.” (I resonated with what Sheryl said as I remembered my trip to Israel with the American Jewish Congress.)

“Going with this group of seven older African-American women—ages 50 to 84—worked out fine,” Sheryl said. “Although we covered a lot of ground, there was a relaxed feeling, which there might not have been if men had been included.” Sheryl’s group was smaller than many of Aviva’s trips but typical in other ways: age (generally 50- to 75-year-old women), high levels of education, time for shopping, and top-of-the-line service all the way, with five-star hotels, luxury cruises, first-class train tickets. As Ruth puts it, “By this point in our lives we’ve done things for other people, and now it’s time to treat ourselves.” 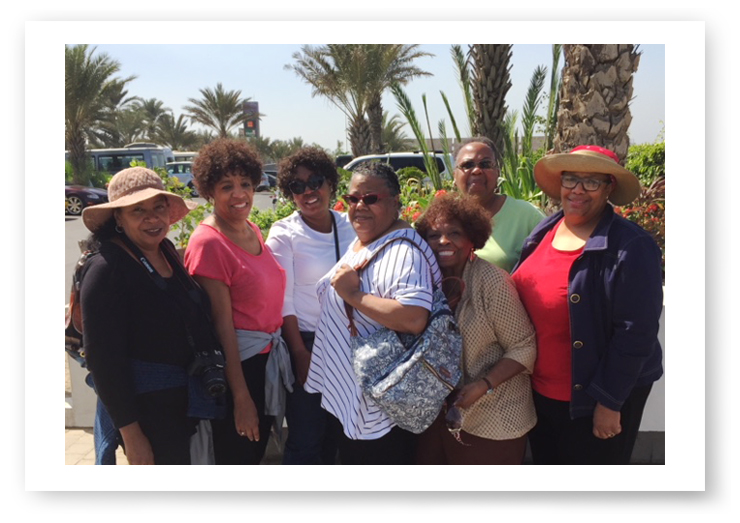 New Yorkers who belong to The Transition Network (for women over 50, annual dues $100) can get help from two of TTN’s peer groups. Pamela Roderick coordinates the Travel Group, which meets to discuss destinations, experiences, tour groups, and information, like which companies still charge extra for single rooms, which organizations offer service trips for older volunteers, what to do about airlines that charge extra to reserve a seat, and the need overseas for a credit card with a chip.

Pamela told me about Earth Watch and their service trips that welcome older travelers. “I’ll keep going on these as long as I can keep sitting on the ground with my knees bent,” she said. That’s when I started daydreaming, and fixated on a riverboat expedition that goes down the Amazon in Peru to count river dolphins, monkeys, and other wildlife in the interest of conservation. My fascination with this kind of trip is typical of women travelers who tend to like adventure, foreign cultures, and community service projects more than men do.

The 150 well-traveled women in TTN’s Travel Mates, coordinated by Phyllis Meissel, also share information and often find someone to plan a trip with. Before committing to go away with someone, Phyllis recommends that you meet her in person and talk about everything: how much time and money you want to spend, how you’ll share expenses and responsibilities, what activity level feels right, whether you want to plan the trip on your own, work with a travel agent or join an organized tour, and so forth.

But not everyone wants to travel with a companion. A year after Tina Pomeranz’s husband died, she took herself to Paris for five days, to celebrate her 60th birthday solo. She stayed in a boutique hotel, had a different plan for every day, dined at fine restaurants (where she always had a book with her so she would not be rushed), and came home refreshed.

And Karin Eckert told me, “I prefer to go on my own because if you commit to going with a friend, you have a responsibility to do what she wants to do. As a single woman on small group tours, I have always found at least one or more people to connect with, sometimes another woman and sometimes a couple. You’re not alone unless you choose to be alone. But I always do book my own private room. I want to be alone there.” 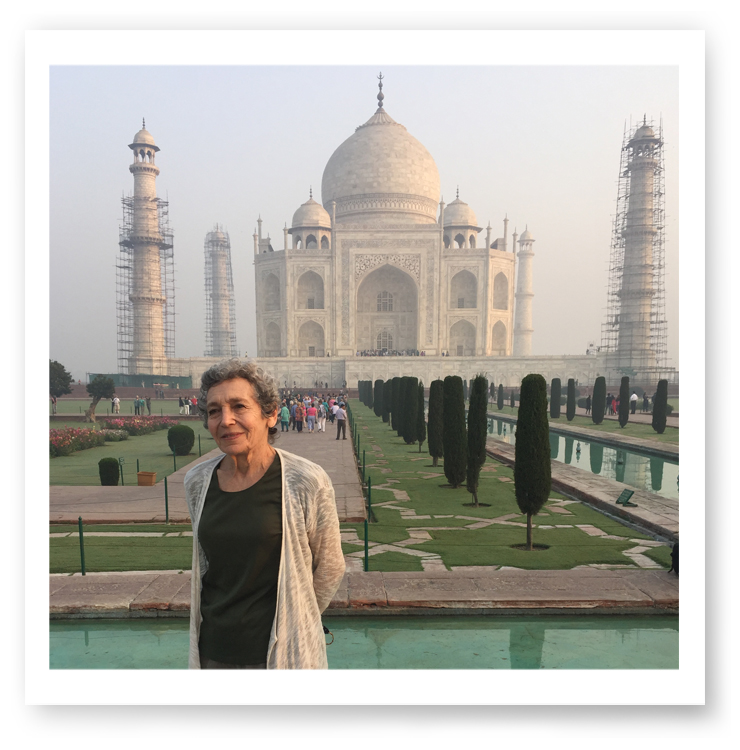 Chelsea resident Marilyn Goldstein began traveling with Overseas Adventure Travel because OAT started the now-growing tendency not to charge extra for a single room. This is a question you always need to ask if you’ll be going with a group.

Then there are those women-only trips when you know all the other trip mates ahead of time, like “bachelorette” parties, “girlfriend” getaways, and mother-daughter journeys. AAA estimates that 25 percent of women have already gone on one of these trips, and 39 percent will take one in the next three years. 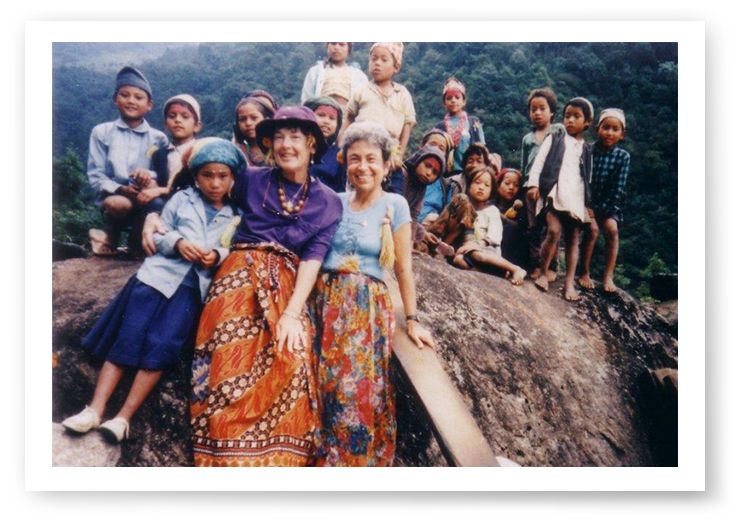 Among my own favorites were the several treks I went on in Nepal with my friend, Marge Roche, where we stayed with local families and  helped our guide establish a library in his village. And then, of course, there were the travels with my daughters: the excursion to Barcelona with Nancy, who was tireless in finding museums and other sights for us to visit; the trip to Paris with Jenny, who spotted notices about extraordinary church concerts; and discovering new sights in Frankfurt with Dorri, who loves to walk. I’ve heard that  you never really know someone until you’ve traveled with them, and I learned much about these three women as I saw them in a new light, as savvy travelers, as well as my progeny.
. . . . . . . . . . . .