Ari Cohen created “Advanced Style” to celebrate the elderly with a popular blog, several books, and a well-regarded documentary. 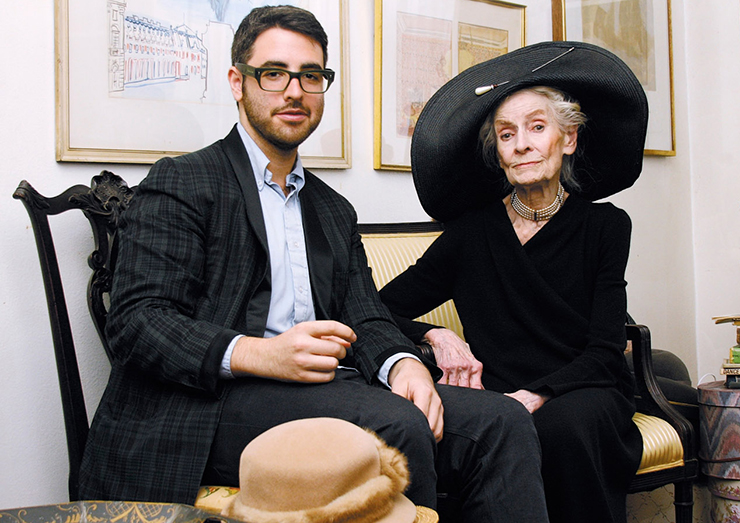 As I was walking home from doing errands in my Upper West Side neighborhood, a young man with neatly cut short brown hair and an equally neat “designer stubble” beard came up to me and politely asked, “May I take your picture?” When he told me he was a fashion photographer, I was amazed since my clothes were hardly stylish—red cotton skirt, red-and-white checked shirt, red flats. But he told me he liked my hair (gray with red highlights) and my ancient enormous sunglasses. Then he gave me his name—Ari Seth Cohen, and told me about his blog, Advanced Style, which showcases stylish New Yorkers over 60, and he snapped a couple of photos.

Ari often stops well-dressed stylish women on the street; that’s how he gathers photos for his blog; many of these shots appear in his book and his documentary—all named Advanced Style—and all doing very well. Ari’s foray into style came when he was a youth in San Diego and would dress up in his grandfather’s old shirts and hats, go antiquing with his family, and look for vintage clothing. “I have always, always, always, been connected to older people,” Ari told me, “because of my grandparents, who gave me such a positive image of aging. I have never considered ‘old’ a bad word. My grandmothers, Bluma and Helen, were stylish—they would wake up in the morning to get dressed just to go to the grocery store—they would always be dressed up.” 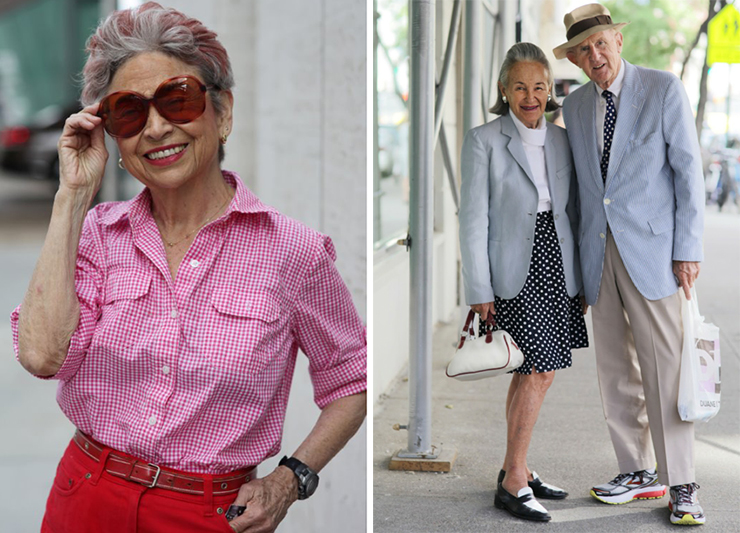 After studying art history in Seattle, Ari managed a men’s clothing store there and visited New York as a buyer. In 2008, at the age of 26, he went to a Seattle film festival and met 93-year-old Mimi Weddell, still radiating with beauty after launching her acting career at age 65. After Bluma died at age 95, Ari moved to Manhattan and called Mimi.

“She was an incredibly vibrant, intelligent, and passionate woman, who reminded me so much of my grandmothers,” Ari remembers. He began photographing her and she inspired him to create his popular blog, Advanced Style, which showcases women (and an occasional man) over 60 who show panache, flair, and joie de vivre in the way they dress—and the way they live. “People my age,” he explains, “are afraid of growing older, because so little they see around them shows older people living a rich, creative, and active life.” Thus was born his mission to celebrate the later years of life.

Ari’s blog now gets 200,000 visitors monthly and earns revenues from ads and image licensing fees. His book, Advanced Style, is now in its 7th printing and contains unretouched photos of beautiful real women, many of whom have veins on their hands, wrinkles in their necks, laugh lines around their mouths. But all have a fantastic sense of style. Ari has also produced an Advanced Style Coloring Book that contains great drawings and questions for young people to ask their elders. His Advanced Style documentary played in Manhattan at Quad Cinemas. The documentary had a stream of strong reviews in Toronto, London and Australia. It was co-produced by Lina Plioplyte, 30, a filmmaker whom Ari met in a coffee shop in Williamsburg. (She was lauded by Time Out for her stylish thrift shop outfits.) 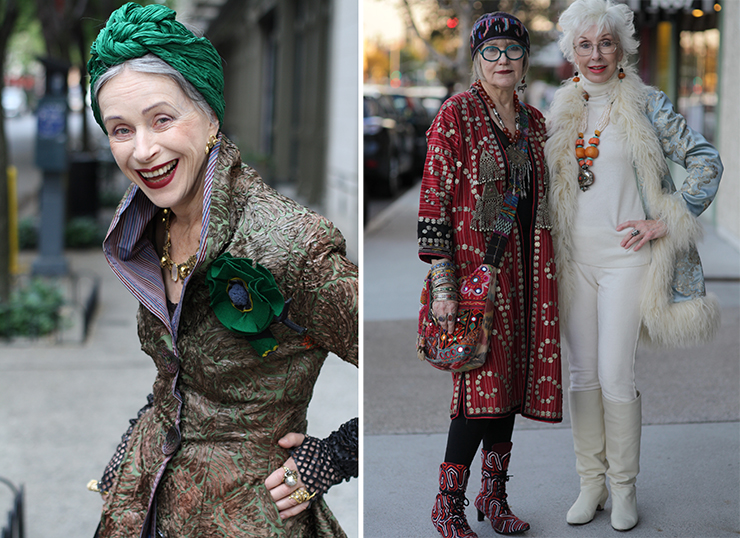 “Not only is [Ari] looking at what people LOOK like, he is also looking at their soul. And we are better for it,” says Maira Kalman, a noted artist who wrote the introduction to Ari’s book. Contributors also include Dita Von Teese, a 40ish model who interviews 94-year-old Ilona (she makes false eyelashes from her own orange hair). Ari’s 60-something mother Frances Cohen is not in the book, but she has appeared on his blog a few times. “The trouble is that even though she’s in her sixties she looks too young,” he says. When his mother visits him in New York she helps Ari approach people he wants to photograph and assists him on photo shoots.

Not that he needs help approaching people. Ari meets and photographs women wherever he happens to be and sometimes close friendships and business partnerships develop. When he asked 69-year-old Upper East Sider Debra Rapoport if he could take her picture, Debra, a designer of hats and jewelry “and many other outrageous personal embellishments,” invited him to her apartment. “I’ll either dress up or undress, and serve you lunch—whatever you like.” He did come, his first visit to the home of any of the women he had photographed, and they have become close friends. Debra and the other women in the documentary have bonded and travel with Ari as a cheering section for his book and film launches. 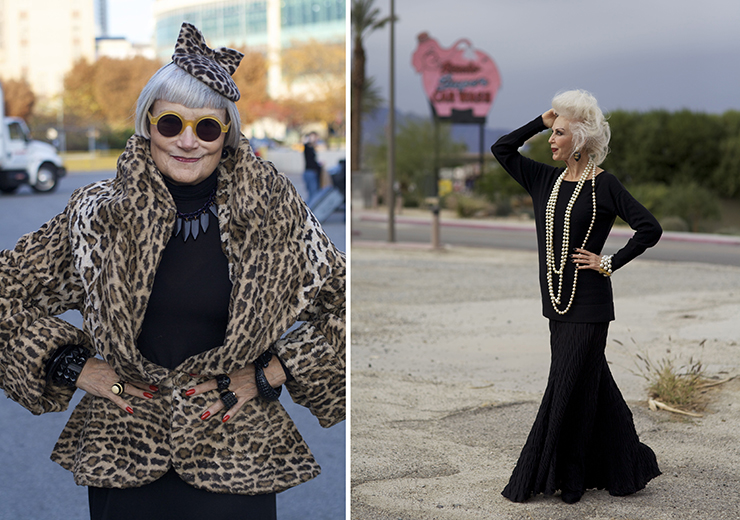 Most important, Ari’s photographs challenge misperceptions about aging and advance the position of the elderly. He gives talks on elder abuse to attorneys and magazine publishers as far away as Stockholm in his broader mission to improve the lot of older people. And he wants to use his platform to help older people maintain their vitality. For all this he has been called “the creator of a movement,” “a very caring wonderful, wonderful person,” “the most talented person I’ve ever met,” and, best of all, a “mensch.”

The son of one of Ari’s favorite models, 82-year-old Joyce Carpati, emailed Ari to say, “My mother finally met a guy who makes her happy.”