These Are No Ordinary Women

What do a Supreme Court Justice, a robotics engineer, and a Nepalese street hawker have in common? In the photo exhibit “200 Women,” they are women “Who Will Change the Way You See the World.” 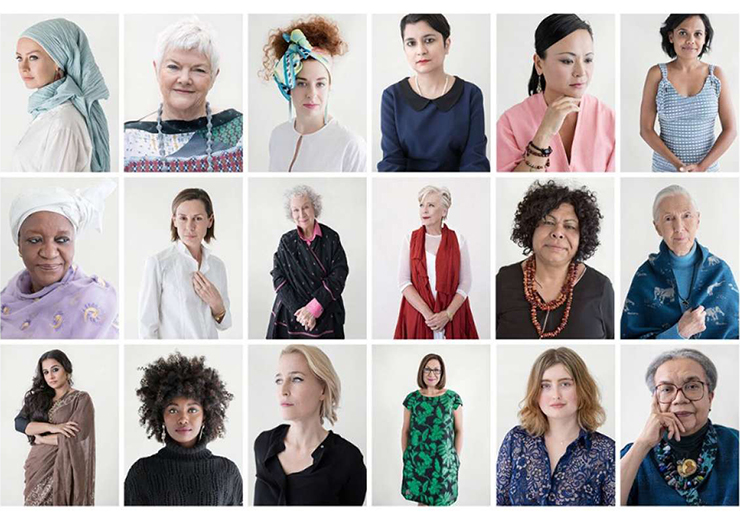 “You can’t empower women without listening to their stories,” notes Gloria Steinem. Her observation lies at the heart of “200 Women Who Will Change the Way You See the World,” a photo exhibition at Pen + Brush gallery in Manhattan. The stunning show is based on the book 200 Women by Geoff Blackwell and Ruth Hobday, who set out to explore the lives and thoughts of “two hundred ‘real women,’ with ‘real stories.’” The women—who come from around the globe and all walks of life—“share their stories, shining a light on gender, equality and diversity.”

Blackwell and Hobday interviewed each woman, asking five questions that “focused on her humanity.” What really matters to you? What brings you happiness? What do you regard as the lowest depth of misery? What would you change if you could? Which single word do you most identify with? 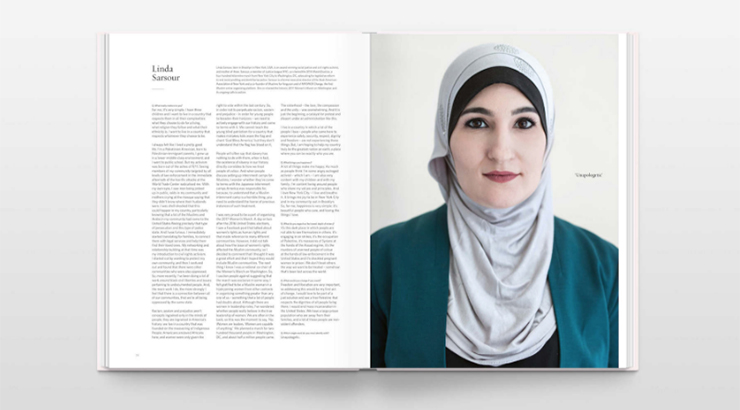 Photographer Kieran E. Scott set up a simple traveling studio, assembling it with bleached muslin cloth and lighting it by natural light from a window or the sky. “We wanted to create a democratic, level ground,” he explained. “One site was in a rescue center for sex slaves in Calcutta, another a palatial home in Beverley Hills. Women old and young wore just what they wanted. It was not an artistic statement,” said Scott. Rather the portraits “show who they are.”

In the gallery, photos of the women are accompanied with their answers to one of the questions, bringing to the fore their hopes, fears and accomplishments.  There are also videos that allow visitors to watch and listen to brief excerpts from some of the interviews. (The team filmed 126 hours of interviews in 280 days and is currently making a film, preview shown here:

Pen + Brush was founded in 1894 to showcase the work of female artists and writers (the same year Susan B. Anthony and others led a massive suffrage campaign). Since then Pen + Brush has been “chipping away at faulty assumptions about the level of women’s artistic achievements,” said executive director Janice Sands.  In its new home at 29 East 22nd Street, the gallery “lets women’s work speak for itself.”

Certainly the women in the exhibit speak for themselves. Recently, over 20 were on hand to celebrate opening. Among them was New Zealander Eva McGauley. Eva was a member of a local rape crisis center at the age of 13; two years later she was diagnosed with a terminal carcinoma. “In answer to the question ‘What do you want to do before you die?’ I decided that I wanted to do what I’ve always planned to do with my life, but do it really fast.” Now, age 18, Eva continues to combat sexual violence, recently heading a campaign that raised over NZ $50,000. 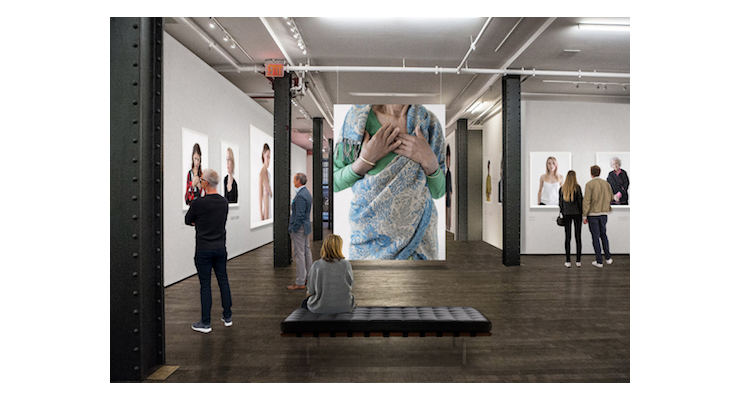 Ronnie Kahn—a member of the Boomer Generation—said that she’d grown up in South Africa during the apartheid era. Not vocal activists, her parents nonetheless underscored the fact that all people are equal, and that it was a duty to “repair the world”—the Jewish tenet of “tikkun olam” After emigrating to Australia, Kahn started a successful events management and production company. But after visiting Soweto with an activist friend, she had what she called “my light-bulb moment.” “There was all this surplus food left after event galas, in restaurants—so many places.” The upshot: OZHarvest, an organization that collects excess food and distributes it via its own markets and food trucks. (In its partnership with Virgin Airlines alone it has rescued the equivalent of one million meals!) The idea has since gone global.

I asked Kahn where she was headed after New York. After a visit to speak with delegates at the UN, she was flying to Quebec, she replied, for the G7 meeting. There leaders will consider the findings of a year-long study, “Climate Change—The New Economy.” Among other things, Kahn said, “the study looks at ways to combat food waste, thus feeding the hungry and combatting climate change.” She didn’t say it, but I wondered: With the current administration’s attitude toward the poor and climate change, will the U.S. be present, or will it become G6?

IN THEIR OWN WORDS

Actress Embeth Davidtz is best known for her roles in Schindler’s List and Matilda, and TV’s Madmen. After being diagnosed with breast cancer, she underwent chemotherapy and had a mastectomy.

Q. What really matters to you?
“It matters to me that I’m talking to women about breast cancer. …A job on “Ray Donovan” came along that required nudity in a love scene…I realized that I had a choice: I could hide the map of who I am or I would reveal this map and be a woman who can still be a lover and a compelling character… So, we did it: I showed myself as I am…There was a massive outpouring from survivors, families of victims and advocates.”

Ai-jen Poo, executive director of the National Domestic Workers Alliance and co-director of Caring Across Generations, was awarded a MacArthur Foundation fellowship in 2014.

Q. What really matters to you?
“Dignity: as the writer Atul Gawande says, ‘You may not control life’s circumstances, but getting to be the author of your life means getting to control what you do with them….
“A lot of immigrants have risked their lives—left behind professions, families, traditions and cultures to give their children more opportunity in the United States…. Most immigrant women end up in one form of low wage service work or another, but despite how important this is to so many families, it is some of the most undervalued work in our economy. So, it’s really important—not only for the workers themselves, but also for all of the families who count on them—to uplift the value and dignity of this work, and make it more sustainable for everyone.”
. . . . . . . . . . . .