What you need to know about lung surfactant (it’s crucial for breathing). Plus: Drink plenty of water, exercise, eat blueberries and dark chocolate, and take vitamin D and ubiquinol. 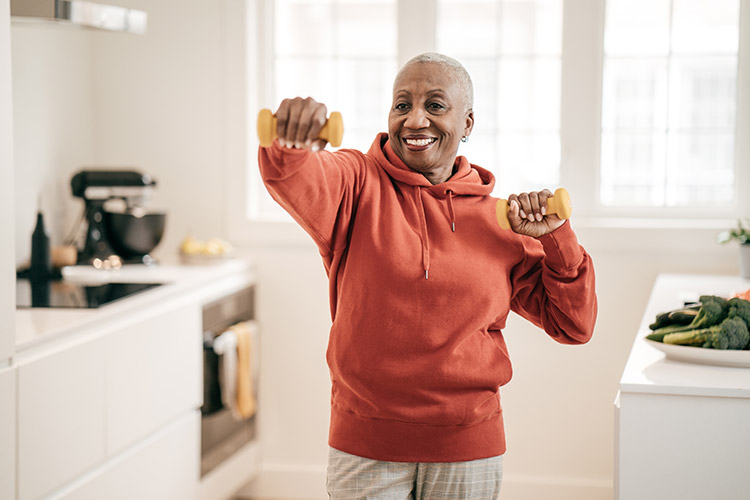 During this fraught and overwrought time, Nancy Lebowitz, M.D., has, like many other New York City physicians, been offering Covid-19 advice to her patients. But Dr. Lebowitz isn’t a pulmonologist, a primary care or emergency room physician, or an infectious disease specialist. She’s an OB/GYN—which raises a question: What perspective could a gynecologist possibly bring to the issue of preventing and treating Covid-19?

Here’s what: Back in 1983, during her residency training, Dr. Lebowitz spent two months at the Neonatal Intensive Care Unit of what was then New York Hospital/Cornell Medical School. (It’s since changed its name to Weill-Cornell). That was where she developed a first-hand understanding of lung ailments—among premature newborns, especially those born as early as 26 weeks. When mothers were about to give birth to premature infants, Dr. Lebowitz was trained to administer maternal steroids to reduce newborn respiratory distress after birth. These steroids, transferred through the placenta, induced lung maturity by spurring the production of a vitally important substance known as surfactant (ser-fak’-tuhnt)—which premature babies had not yet produced but would need to breathe. Then shortly after the babies were born, they were not only placed on ventilators, if necessary—but they were often given surfactant through their breathing tube to help them survive. That, as well as another two months of training spent at the Memorial Sloane Kettering ICU, became key to Dr. Lebowitz’s on-the-job pulmonary care training.

Okay, let’s pause for a moment to understand surfactants. The word may be familiar to anyone who uses laundry detergents. There and in soaps, they reduce surface friction and increase the product’s ability to spread and stay wet. In the lungs, they similarly reduce surface tension, resulting in the airways remaining open.

Back to Dr. Lebowitz: For the past several decades, she has been an assistant attending and clinical instructor at Weill Cornell, as part of the voluntary faculty. And with the virus pandemic now in full force, she’s undergone training as a volunteer family liaison at Cornell’s Critical Care Connect program, in which, during crunch times, she’ll speak with patients’ loved ones daily, allowing ample time for questions and explanations while relieving pressure on the attending ICU physicians.

Recalling her neonatal residency and the breathing difficulties she witnessed in those premature infants made her realize how similar their distress was to the breathing difficulties suffered by adults battling Covid-19 today. The lack of pulmonary surfactant in premature infants is due to insufficient lung maturity. In Covid-19 patients, the lack of surfactant is due to the destruction of those cells either by the virus or by an exaggerated immune response, which not only attacks the virus, but normal tissue as well (including surfactant-producing cells).

In that connection, it’s worth noting that a hallmark of inflammation is IL6 (Interleukin6)—an inflammatory marker, high levels of which tend to be present in patients with obesity, type 2 diabetes, and hypertension. In addition, Covid-19 causes increased blood clots, contributing to organ damage.

Might these patients benefit from surfactant treatments as part of their supportive care, Dr. Lebowitz wondered? So she logged into relevant medical research chat rooms, where she encountered many other physicians and researchers citing not only the use of immunomodulators in combination with anti-viral medications (one that’s been shown to speed recovery time is remdesivir), but, yes, they’ve been thinking along the same lines as Dr. Lebowitz about how to treat Covid-19 patients with ARDS (Acute Respiratory Distress Syndrome).

She also discovered recently published articles that supported her thinking. In OINDP News, an online magazine specializing in nasal drug products, she found information about a study of an aerosol surfactant developed for treating Covid-19 patients with serious lung distress. That study is currently under way at Windtree Therapeutics, the Pennsylvania pharma that developed the aerosol. In the OINDP article, Windtree even proposes that COVID-19 may be the only virus that limits the body’s own production of lung surfactant. Here’s a link to the Windtree article.

The other article—an opinion piece appearing in the April 20th New York Times—makes a similar point. Written by Richard Levitan, an emergency physician in Littleton, N.H., who is also president of Airway Cam Technologies, a company that teaches courses in intubation and airway management, it names the coronavirus as attacking lung cells that make surfactant, which “helps the air sacs in the lungs stay open between breaths and is critical to normal lung function.” You’ll find the Times article here.

Like Hydra, the multi-headed serpent-monster in Greek mythology, Covid-19 damages the body in a multitude of ways—which is why a multitude of potential treatments and vaccines are being researched and tested right now. Surfactant is only one of them and is likely to function best when combined with other therapies.

But we’re not there yet. In the meantime, Dr. Lebowitz’s thinking about surfactant has led her—as a nonstop researcher as well as a clinician—to develop a series of recommendations she’s sent her patients and is now offering to NYCitywoman readers. Here they are:

For starters, you know the drill: Wash your hands frequently, scrubbing for at least 20 seconds; wear a face mask whenever you leave home; don’t touch your face outside your home, unless you have thoroughly washed your hands; and practiced social distancing.

Stay hydrated. Water is a component of surfactants. Also, fever dehydrates, and hydration is vital in maintaining kidney function. Aim to drink an average of six 8-ounce glasses daily.

Eat some nuts (Dr. Lebowitz particularly recommends salt-free cashews), along with olive oil, and eggs (including the yolks) and fish. These foods contain phospholipids, choline, and lecithin—the building blocks of pulmonary surfactant. Nuts, fish and organic eggs with yolks are also rich in Omega 3 fatty acids, which help decrease inflammation and IL6 levels, which are associated with heart disease, stroke and type 2 diabetes.

Practice aerobic exercise at least 3-5 times a week. Aerobics not only strengthen the heart, but lower the likelihood both of thrombosis and of inflammation. If you’re marooned in an apartment and don’t have an exercycle, elliptical machine, or other cardiovascular training equipment, one aerobic exercise that’s readily available in New York’s mid- and high-rise buildings—and could well be the most challenging of all—is stairway climbing. Other at-home options are jumping jacks, squats-to-overhead-press using barbells, mountain climbers, shadow boxing, and ice skaters. (All of them can be found online, with instructional videos.)

Take daily vitamin D3 supplements. D is not only essential for surfactant production, but will help prevent acute lung injury, and being an anti-inflammatory it’s also important for immune protection. Dr. Lebowitz recommends taking 2,000 IUs daily or 14-15,000 IUs weekly in softgel rather than pill form. Being encased in oil, as softgels are, means better absorption. In fact, evidence shows that D in oil form begins getting absorbed by the body even before it reaches the stomach. Most of us these days are (correctly) wearing sunscreen outdoors during daytime hours to prevent skin cancer. And certainly, isolated indoors, as so many of us are these days, also means we’re not getting adequate amounts of D. As a result, we have an extra need for D supplements. But don’t overdo it. Too much D, cautions Dr. Lebowitz, can cause toxicity—so whatever you do, don’t go above a daily amount of 2,000 IUs unless your physician has found you have very low levels and instructed you to take more.

Take a ubiquinol supplement (an antioxidant that is the metabolized form of cell-protecting CoQ10) daily, also in softgel form, especially if you’re over the age of sixty (which is the age at which the body stops metabolizing its own CoQ10). What’s more, those taking statin medications are known to have depleted levels of natural ubiquinol. For these patients, it is especially important to take ubiquinol supplements. Discuss a good dose for you with your doctor; one guideline is around 60 mg daily.

Statins themselves, often prescribed to lower a high cholesterol level, may be beneficial for those infected with Covid-19. High cholesterol levels are not only a risk for developing heart disease—but also for developing severe Covid. That’s where statins come in; they both lower inflammation and reduce clotting risk—another Covid-19 risk factor. All of that said, while statins are safe and widely prescribed, Dr. Lebowitz urges checking with your primary care doctor or cardiologist to see if they are suitable for you.

Type 2 diabetes medications, such as Metformin, may prove protective in those who’ve contracted Covid-19. How so? Dr. Lebowitz notes that excess insulin production in untreated type 2 pregnant diabetics causes a decrease in surfactant production in their newborns. As pointed out before, type 2 diabetics and the obese also have increased inflammation. “It’s not surprising,” she says, “that type 2 diabetics, the obese, and those with hypertension and heart disease who are not receiving treatment are at especially heightened risk for severe Covid-19.”