Opening on April 18 with a doc on Gilda Radner, the 12-day festival is an unabashed tribute to women: Almost 46 percent of the feature films are directed by women—a record for any festival. 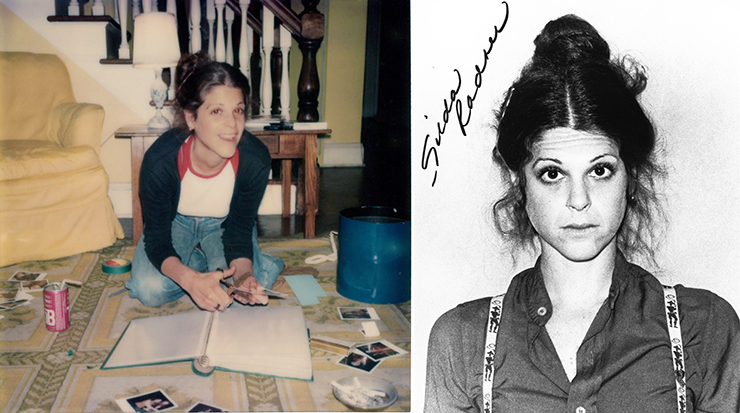 Underscoring the commitment to women, TFF’s opens with Love, Gilda a cinematic portrait of one of New York’s most beloved comedians. “Love, Gilda is the right film at the right time and the perfect way to open our Festival,” said Tribeca Enterprises Executive V.P. Paula Weinstein. “Gilda is a woman for the ages, an extraordinary talent in film, television and theater, who overcame her personal struggles to make us laugh, to make us cry. She understood the healing power of laughter.” 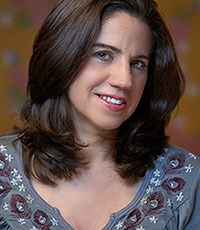 It’s also a home run for Lisa D’Apolito, left, who produced and directed Love Gilda, her first full-length documentary. And a kind of a home coming: D’Apolito grew up in Greenwich Village and as a young actress appeared in Goodfellas, directed in 1990 by Martin Scorsese, who went on to co-found the Tribeca Film Festival.

Radner, as many remember fondly, made comedic history in 1975 as one of the original cast members on Saturday Night Live. Declared the most beloved of the cast by Rolling Stone, she won an Emmy for her work in 1978. For years Radner brightened our Saturday nights with her side-splitting characters: Roseanne Roseannadanna, Baba Wawa (if only Barbara Walters had been so good!) and hard-of-hearing oldster Emily Litella, who dizzily proclaimed Weekend Update op-eds. Remember her rambling about the “deaf penalty” and “endangered feces” and “sax and violins on television?” Never mind! 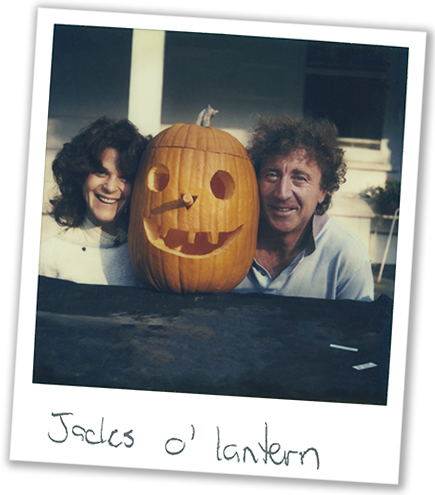 D’Apolito decided to make the documentary after shooting pro-bono videos for Gilda’s Club, the non-profit organization founded by Gene Wilder in honor of Radner, who tragically died of ovarian cancer at age 42. Watching the people and their families living with cancer, D’Apolito explained, made her realize “the deep connection people had with Gilda.”

“There’s something very magical about the place,” she added. “People talked about her as a friend.” D’Apolito set out on her “Gilda journey”—not to make a biography of Gilda, but “to show the impact her life has today, 25 years after her death.”

And what an impact it is: Gilda has inspired succeeding generations of comedians like Tina Fey and Amy Poehler. D’Apolito creates a portrait weaving together audiotapes she discovered with the help of the Radner family, along with home movies shot by Gilda’s late husband, Gene Wilder. Interviews with Saturday Night Live alums—producer Lorne Michaels, Chevy Chase, Laraine Newman and Martin Short—are interspersed with readings from her diaries by comedians Melissa McCarthy, Amy Poehler and others.

Radner also continues to inspire people living with cancer. While her cancer was in remission, Radner wrote It’s Always Something. “The way she approached her cancer, with her comedy and humor and her honesty, the book really holds up,” noted D’Apolito.

In fact, thousands of Gilda’s fans, including those who watched her on Saturday Night Live, female comedians, actresses and Gilda’s Club members, contributed money to get the documentary off the ground.

“Throughout her life, Gilda picks herself up after being knocked down and she shows us that even when facing challenges we still have the choice to enjoy the comedy of life,” said D’Apolito, who continues to be fascinated by Radner: “I have a funny screenplay that Gilda Radner wrote. I hope to start working on producing it.” 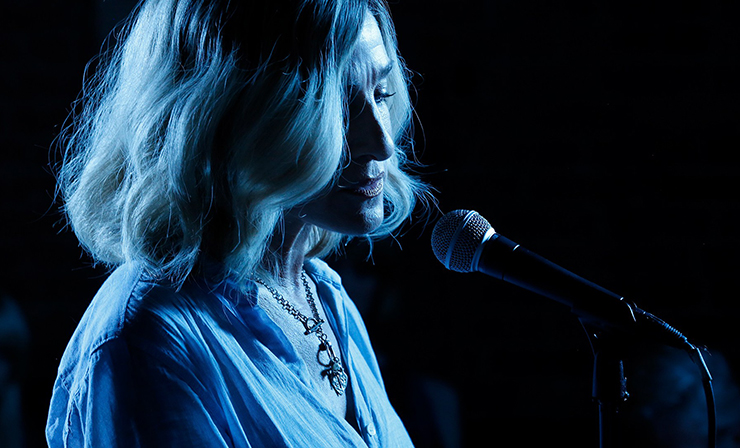 Women directed 42 of the feature films on the roster this year at the Tribeca Film Festival. The films focus on strong female characters and the issues they face. Some highlights:

Women actors spotlighted: Renée Zellweger and Sarah Jessica Parker (who is also a producer) above, in Blue Night; Michelle Pfeiffer in the retrospective Scarface; and Molly Ringwald in All These Small Moments.

Women expanding their horizons: Tina Brown takes her turn as a director of United Skates a look at the racial politics and cultural history of the skating rink.

A final toast to women: The festival closes with The Fourth Estate. Following Trump’s inauguration, Liz Garbus, below, spent months in the New York Times newsroom documenting the paper’s inner-workings. 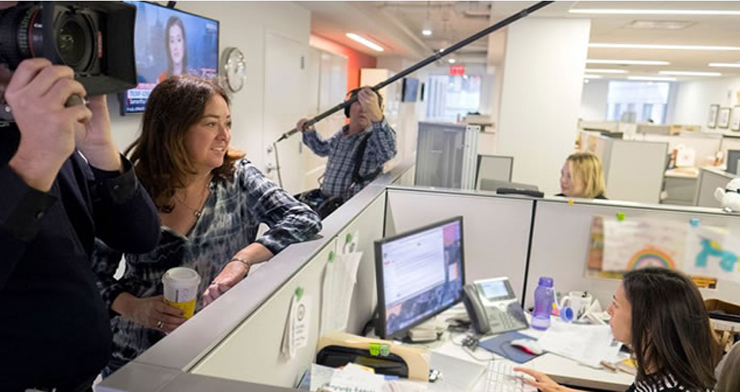 Tribeca Talks: The Journey—Sarah Jessica Parker discusses her career, including the shows Sex & The City and Divorce and her production company Pretty Matches.

MORE FILMS BY AND ABOUT WOMEN

Blowin’ Up: Director Stephanie Wang-Breal zooms in on an experimental court in Queens that advocates for women facing prostitution charges rather than bringing them to trial. Blowin’ up—street jive for when a woman leaves her pimp—follows the women through counseling sessions and setbacks. 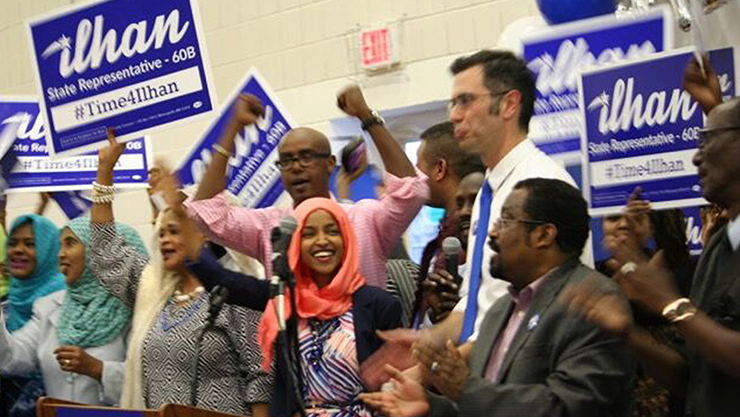 Time for Ilhan: Nora Shapiro follows the historic campaign of Ilhan Omar, above, an immigrant and a Muslim woman. She wears a headscarf—and she wants your vote.

The Elephant and the Butterfly: Amelie Van Elmbt’s second feature is an enchanting tale that conjures the thrill of being five years old and a not-so-new parent’s fumbling attempts at fatherhood. Executive producer Martin Scorsese.

Mary Shelley: Saudi female filmmaker Haifaa al-Mansour (Wadjda) returns to Tribeca with this lush portrait of the author of Frankenstein, depicting a teenage girl’s shattered romantic dreams that bring a monster to life. 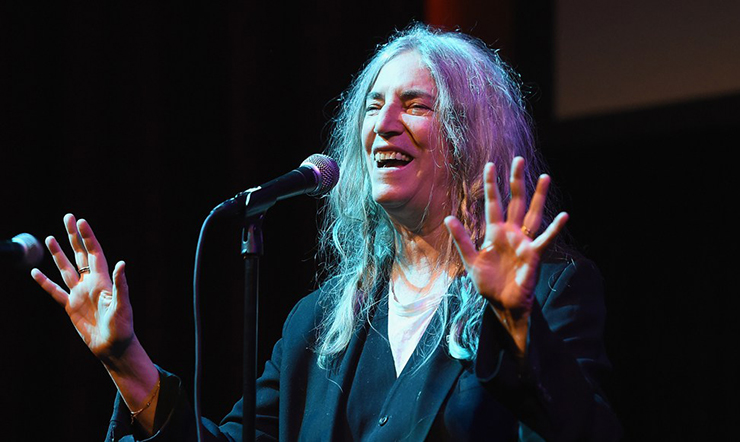 TIME’S UP hosts its inaugural New York event during the Tribeca Film Festival. Activists, filmmakers, storytellers and lawyers will discuss how we got here, the women who came before us and what’s next for TIME’S UP. Taking part will be early supporters, including Ashley Judd and Julianne Moore.