In Sam Gold’s gilded update of the tragedy, Jackson is impish, imperious and every inch a king. 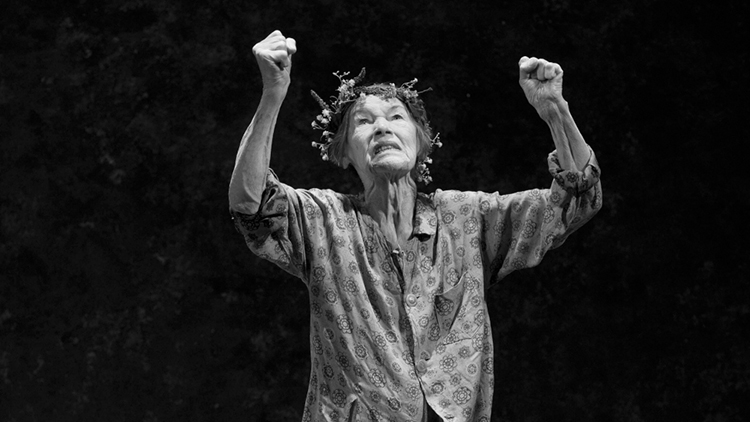 In 2016, Glenda Jackson played Shakespeare’s King Lear for the first time at the Old Vic Theater in London and won the Evening Standard Theater Award for best actress. Now 82, Jackson is playing the role again, in a new production, at the Cort Theater in Manhattan through July 7. When asked by an admirer why she would again take on a super-human task (some 1,000 lines, eight times on stage every week) she was quick to reply: “Who would turn down the opportunity of doing King Lear? When you think that he also wrote the Scottish play [Macbeth] and Antony and Cleopatra in the same year—my God. It’s a privilege to be allowed to do it.”

A privilege and, quite clearly, a personal tribute to the genius of Shakespeare, who wrote Lear—Jackson considers it his best play—toward the end of his life, when he was pondering the important questions of life: Who we are? Why we are? What we are? To this day, Jackson believes “Shakespeare is the most contemporary writer there is.”

Audiences have responded with standing ovations; New York Times critics have applauded Jackson’s “powerful and deeply perceptive performance” and The Guardian in London praised her “ferocity and precision.” And while many reviewers complained about Sam Gold’s direction—The Financial Times labelled the New York production a “gaudy, trashy farce,”—the play is not to be missed.

The tragedy of the mad king is a study of power battling decline and Jackson feasts on the notoriously challenging role with an enthralling intensity. As was true when Shakespeare penned the play, King Lear refers to the disconnect between power and obligation, honesty and flattery, egotism and selflessness and familial bonds—those of love and of other, more insidious ties.

Throughout the evening, the New York audience twittered and even laughed when lines reminded them of our current President and his family. “’Tis the time’s plague when madmen lead the blind,” said the Earl of Gloucester to uneasy sighs. “When you’re doing a play about a mad autocrat, it’s hard to not make those connections,” director Gold told one interviewer. “That, I believe, is why the play has survived for 400 years—because there’s always a mad autocrat somewhere.”

The set certainly refers to over-the-top pomposity, looking for all the world like the golden interior of Trump’s penthouse in his Tower, with gilt walls and mirrored ceiling. The costumes, Gold noted, were inspired by Roy Cohn and the excesses of Wall Street wealth in the 1980’s.

Most exciting: the inventive director has put women front and center by casting them in three of the main male roles. “It’s a play that has a lot to say about patriarchal power,” said Gold, noting that a central thread in the play deals with male power and female agency. Casting women in male roles, he said, brings the issues to the fore.

Dressed rather like Paul McCartney in the early days of The Beatles, with hair in a boyish cut, Jackson’s Lear is distinctly human, rather than specifically male or female—her deep voice booming, her focus lazar sharp as she offers a nuanced take of human frailty and hubris. (As Jackson has noted in recent interviews, what is male or female becomes less distinct in our later years.) Jayne Houdyshell’s Earl of Gloucester is another father who, like Lear, trusts the wrong child.

Ruth Wilson delights in playing the wise Fool: She sings, she dances atop tables, she says what’s what, she manspreads. She even, at one point, rolls up her pants to show off socks with the American flag. (When portraying the youngest daughter, honest Cordelia, Wilson is, by contrast, earnest to the point of dour.) 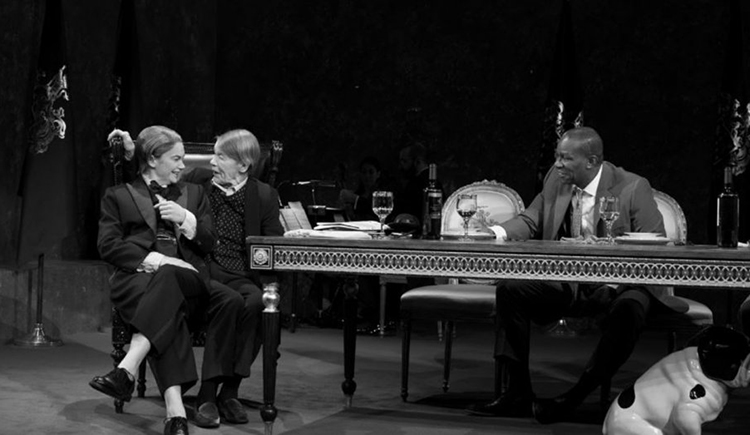 Director Gold and fellow actors all praise Jackson for her stamina—a working actor, who expects no frills. This comes as no surprise: Jackson often reminds people she grew up in a working-class family—“if you didn’t work, you didn’t eat.”

Certainly, things weren’t easy for her after leaving the Royal Academy of Dramatic Art (something her parents were dubious about). Directors told Jackson her look was wrong (not blonde), as was her working-class accent. “I was told not to expect to work much until I was 40 because I was essentially a character actress,” recalls Jackson. In between plays, she took “dozens and dozens” of jobs in shops, bars—“wherever I could to earn a living.”

Then, she says, John Osborne’s book, Look Back in Anger, broke the upper-class stranglehold on theater. Roles in plays and films (cast typically as an unconventional woman) followed, as did awards: In 1970’s Women in Love and in 1973’s A Touch of Class (each won Academy Awards), followed by Sunday, Bloody Sunday; Mary, Queen of Scots; Hedda, and the television miniseries Elizabeth R, for which Jackson won two Emmys.

In the early 1990’s, Jackson retired from acting to enter politics. “Out of the blue” she said, the Labor Party asked her to run for Parliament and she agreed: “Anything I could have done that was legal to get Margaret Thatcher and her government out, I was prepared to have a go at,” she told The Hollywood Reporter in an interview. “My country had been destroyed! Every single shop doorway was a bedroom, bathroom and sitting room for some homeless person.”

In 1992 Jackson won a seat in the House of Commons. Over 23 years, she enlivened Parliament with the same prickly intelligence so evident on stage; she roasted Prime Minister Blair (also Labor) for joining the United States in the war against Iraq and after Thatcher’s death, gave a speech accusing Thatcher of treating “vices as virtues.”

In 2015, she left politics to make way for new voices. With no idea of what she’d do next, Jackson headed to Barcelona to see a good friend, Núria Espert, who was playing King Lear. Espert urged her to tackle the part. “Don’t be ridiculous,” Jackson replied. “They will never let me do Lear in England.”

The seed was planted for Jackson’s Third Act. When the Old Vic sent her a play she didn’t like, Jackson instead suggested King Lear. To her surprise, they said “yes.” That Lear was closely followed by a stint on Broadway and a Tony for her role in Edward Albee’s Three Tall Women.

In the current edition of King Lear, Jackson has taken the comic aspects of Shakespeare’s tragicomedy to virtuosic heights. When Houdyshell’s Earl cries, “O, let me kiss that hand!” Jackson’s Lear responds, “Let me wipe it first,” and then with a growling note of humor: “It smells of mortality.”

Throughout, the audience accompanies the actors through the elemental journey of delight, sympathy, lust, fear, loathing and, ultimately, despair.

The storm scene, played in front of the glowing metallic curtain, is so electric it feels as if lightening is crackling through the audience. Turned out by his two oldest daughters, deprived of his knights, Jackson’s Lear has lost all regal power. Stripped down to a singlet and accompanied only by the Fool and Kent, he struggles against an unseen wind. Lights flash, bodies crash against the metal, creating a thunderous cacophony. Glowing white like a ghost, hair wet, eyes wild, Lear refuses the protection of the Fool and Kent. Gazing at the audience, Jackson bites off the words: “Poor naked wretches.” Ultimately, Lear retreats to the side, taking the Fool along, seeming to comfort and be comforted. The audience is left, stunned. “She does it differently every night,” said Wilson.

The role of Lear is all but superhuman. Journalists, both in London and New York, queried whether the task—eight performances a week, each over three hours long, portraying a King racked by time, hubris and betrayal, disintegrating into death—was too taxing. Jackson rejected such suggestions: Age, she declared, is a mere indignity. “There’s an energy in the play which gives you energy.”

As for the gender issue: “As a member of Parliament I visited old people’s homes, day centers, things of that nature. And what I found interesting was that at the extremes of age, very young and very old, the gender barriers begin to crack. I found that very useful in playing Lear. Nobody ever mentioned that I was female and he was male. I wasn’t interested in the gender battle. I just wanted to see if I could do the play.”

Besides, as she frequently quips, most of the best roles are still written for men: “There are a lot of very good contemporary dramatists around, but they don’t find women interesting.”

Why not play Lear? Though it was illegal for women to go on stage and perform in Shakespeare’s day, it certainly isn’t today. And, as Jackson noted in another context: “We’re all human. Regardless of the envelope.”