Everyday Play: A Campaign Against Boredom is a quirky, offbeat, maybe even subversive guide to brainpower overhaul—or at least some charged-up amusements 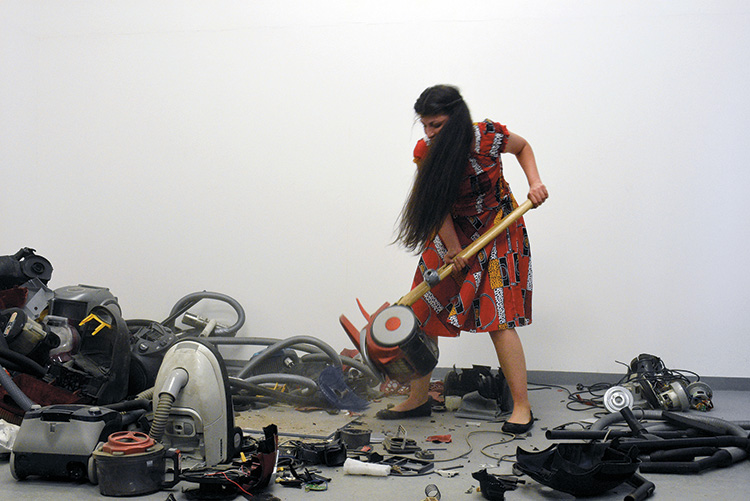 APRIL 18, 2022
News got you down? Spending too much time cooped up at home? Want to experience a different way of thinking? Or are you just wishing for an escape from the daily routine?

Your answer: Everyday Play: A Campaign Against Boredom (Redstone Press). Here is a compendium of unorthodox, highly inventive, and bizarre thoughts, games, and observations by famous writers, poets, artists, and philosophers. As Ed Ruscha, renowned for his Pop Art textual paintings, put it, “Everyday Play will jiggle your syntax and bio-energize your astral enzymes.” This oddball book was edited by the British author and designer Julian Rothenstein, with a foreword by the Ukrainian novelist Andrey Kurkov (who currently remains in his home country with his family).

Everyday Play is an entirely non-online idea-generator. Envisioning a different life, for instance—like becoming one of the last of the Medici, whose schedule is, “Wake at midday as donkey enters bearing panniers of peaches, grapes, and other fruit. Reach out languid hand. Lie in bed till dinner at five, when entourage of boys comes in to entertain you.”

The wild of heart might consider Hunter S. Thompson’s routine, as detailed by his biographer, E. Jean Carroll (yes, that E. Jean Carroll, the former Elle magazine columnist, who accused Donald Trump of rape in a Bergdorf Goodman dressing room): “3 pm – Rise, 3.05 Chivas Regal with morning papers, Dunhill cigarette 3.45 – cocaine 3.50 – another glass of Chivas….” The menu keeps going like this till 8:20 the next morning, when he falls asleep. (If you follow Thompson’s lead, be sure to have a well-stocked bar and lots of headache remedies!)

An elephant’s day is equally robust, minus the booze: “Lie down for 2-4 hours’ sleep first thing, then start on day’s 12-18 hours’ eating …. Drink a lot, without sucking water all the way up trunk into nose (as if you need reminding).” (This from The House Box, a manual of at-home tips by the Dadaist and translator Will Hobson.

The British photographer Sian Bonnell explains how to become the designer Karl Lagerfeld:

This is all you’ll need: 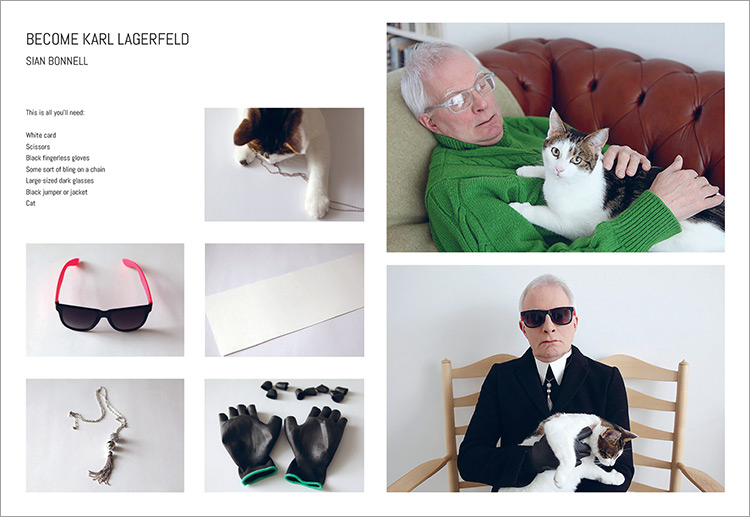 “All serious art is the human imagination at play,” is how Rothenstein and crew put it, and by way of proof they include seriously playful work created by a variety of artists. In 1967, for instance, two Fluxus practitioners, George Brecht and Robert Filliou, contacted a number of notables with imaginary offers. In a telegram to Pablo Picasso, they explained, “WE ARE THINKING OF PUTTING OUT PABLO PICASSO NECKTIES … EACH WITH A DIFFERENT REPRODUCTION OF ONE OF YOUR PAINTINGS.” The reply? “ARE YOU OUT OF YOUR MIND?”

For decades, the Austrian artist Erwin Wurm has been creating One Minute Sculptures—images that turn the definition of everyday objects upside down. For example: (below left).

Photos, too can be manipulated to reimagine reality (below right). 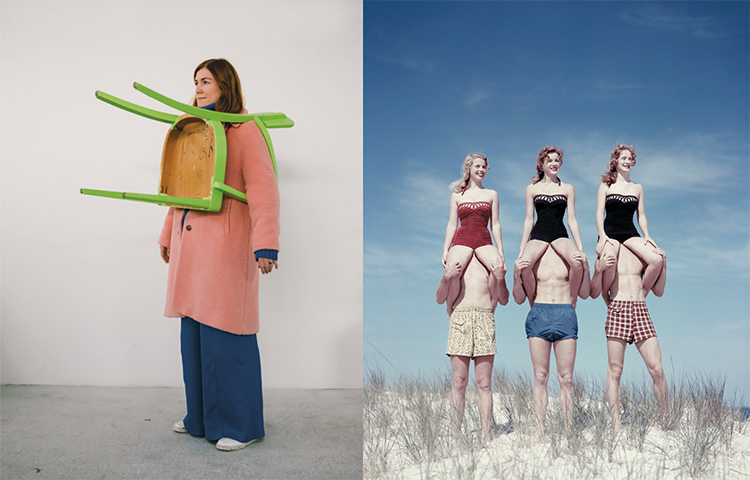 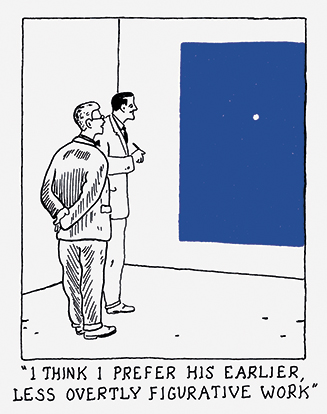 Life has many constraints, but with practice they can be overcome. Suggestions: “Draw with a Blindfold,” “Draw While Arm Wrestling,” or for the lazy, “Draw to Order: Find someone else to draw what you want.”

Want to reorganize your library? Follow the lead of Nina Katchadourian, an American artist who chooses particular titles and then groups them into clusters, so they can be read in sequence. One is: Am I Too Loud? (1996) 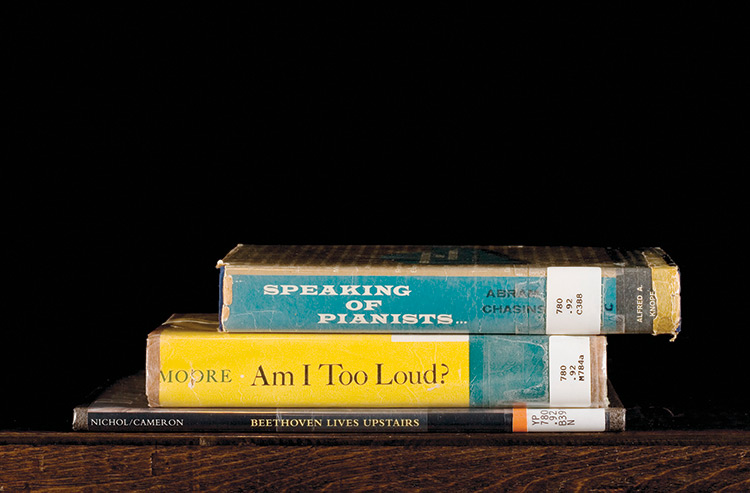 The German artists Anna and Bernhard Blume often staged photographs to subvert the idea of Home Sweet Home, as in Kürchenkoller (Attack of Flying Potatoes). 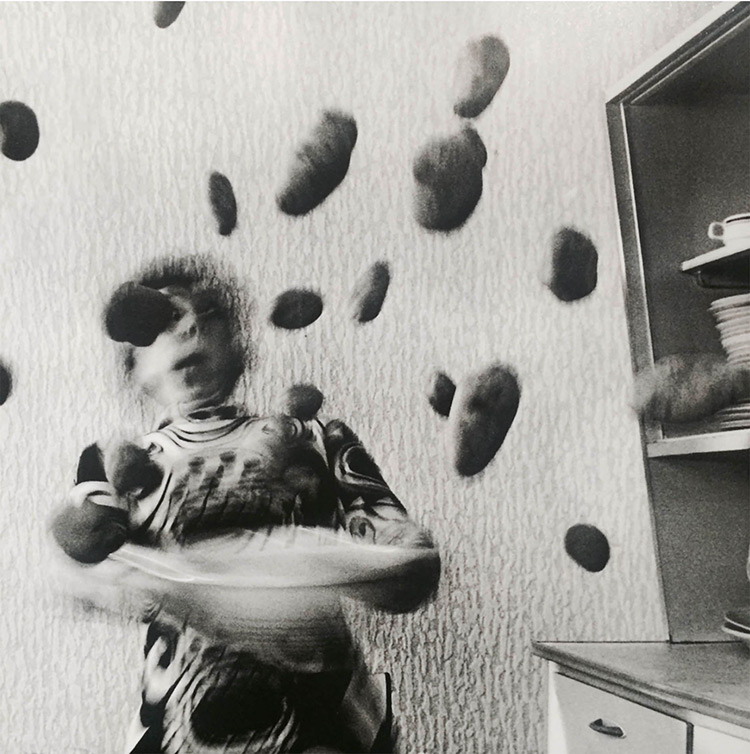 Anna and Bernhard Blume, from the series Kürchenkoller (an attack of flying potatoes), 1985–2016.

How about having more fun playing games? Rework them to suit! That’s what Ann-Margret did in The Cincinnati Kid (1965). When asked why she altered a jigsaw piece with a nail file, she replied, “So it’ll fit, stupid!” 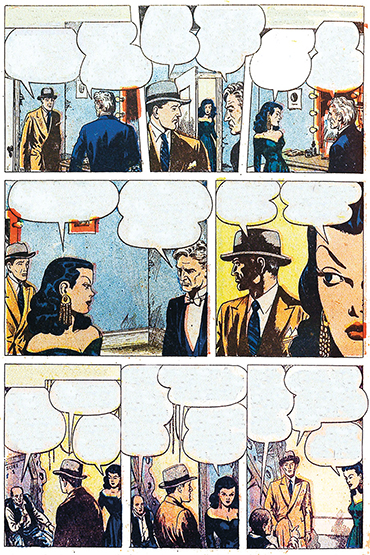 There are lots of word games. One possibility: Take a page out of the comic strips and invent new text for the speech bubbles. (right)

The playwright Luigi Pirandello, meanwhile, joined with friends to write a story about a brief news item. “The Assassin’s Game” was a favorite of Buñuel’s. You’ll have to read the book to find the rules.

Gertrude Stein lived a very—how to put it?—unique existence. She spent much of her time quarreling with friends, always about literature or painting. According to Janet Flanner, James Thurber, and Harold Ross in The New Yorker, the quarrels could go on for years. Stein always laughed, sometimes at herself—as she did when it came out that her blue-and-white striped knickers were missing. She had somehow left them on the floor at a concert given by Virgil Thomson.

The philosopher Ludwig Wittgenstein asserted that we play “language games” all the time—when we speak, listen, read, or write. Clearly the artist Saul Steinberg understood this. 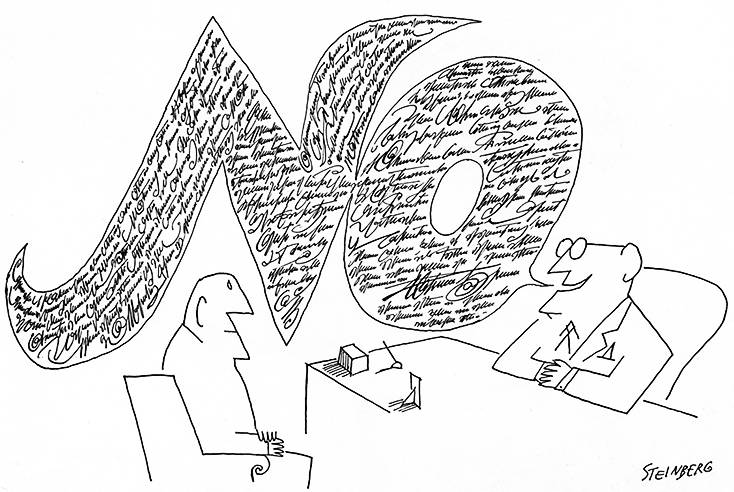 Words have a life of their own and, if you let them, they’ll expand your life. In 1980, Susan Sontag wrote:

“Making list of words, to thicken my active vocabulary. To have puny, not just little, hoax, not just trick, mortifying, not just embarrassing, bogus, not just fake.

I could make a story out of puny, hoax, mortifying, bogus. They are a story.”

You don’t even have to know the meaning of words to have them enliven your life. In her poems, the Argentine artist Sylvia Libedinsky uses foreign words purely on the basis of their sounds—something she can’t do with English words whose meaning she knows. 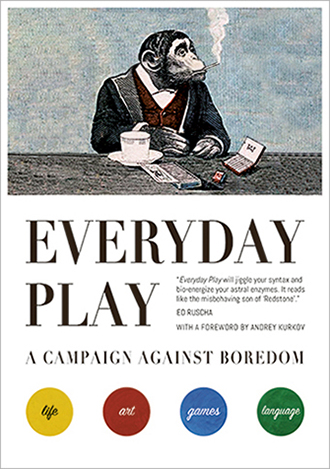 Whatever you do, don’t be constrained by dictionaries. Humpty Dumpty wasn’t, as evident in Lewis Carroll’s Alice in Wonderland.

Read on, and you’ll find intriguing ways of calling someone stupid and ways to say no. And, coming to an end, ways of taking leave, ranging from Buñuel’s to Groucho Marx’s, in 1930 in Animal Crackers:

Suzanne Charlé has written for numerous publications, including The Nation, House Beautiful, and The New York Times, where she was a freelance assigning editor for the magazine. She has co-authored many books including Indonesia in the Soeharto Years: Issues, Incidents and Illustrations.