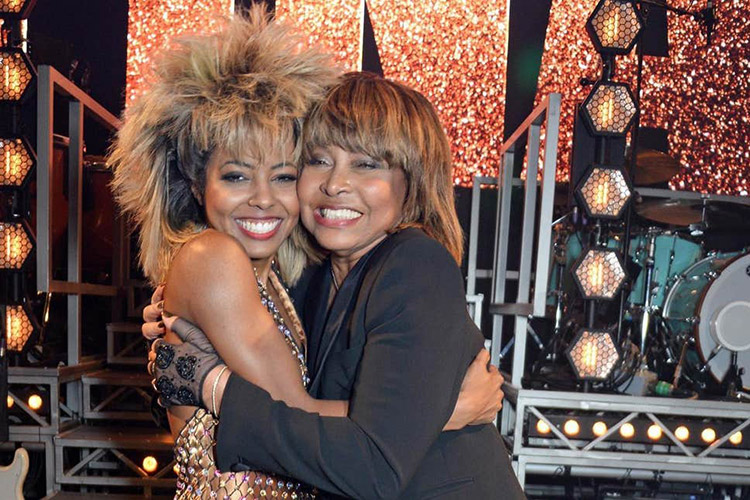 Amy Lynn, a New Yorker now living on the Upper West Side, never liked her kinky, curly dark brown hair and, as a teenager, she often traveled to downtown Brooklyn to have it chemically straightened with lye. She dreamed of one day having beautiful straight locks without the need for chemicals to relax her natural kink. That day finally arrived.

She said goodbye to her dark “fro” by buying a perfectly straight ash blonde wig with full blond bangs and a long single braid. The first time she wore what she calls her “Heidi look” was to a black tie event where people who knew her were “wowed” with her new hair. Amy, a recently retired public relations executive, liked the wig so much that over the years she bought several more—a blonde straight bob, one with beach waves and a dark brown one that’s long and curly. “The wigs made me happier with my looks,” Amy said. “There’s no better way to go out and feel good about yourself— especially if you are having a bad hair day—than to put on a wig.”

Amy is one of an unofficial sisterhood of women who wear wigs to change up a look or avoid costly and time-consuming visits to colorists and stylists. No longer are wigs worn primarily by Orthodox Jewish women or treated as a dirty secret because of hair loss caused by medical issues such as chemotherapy or alopecia areata. 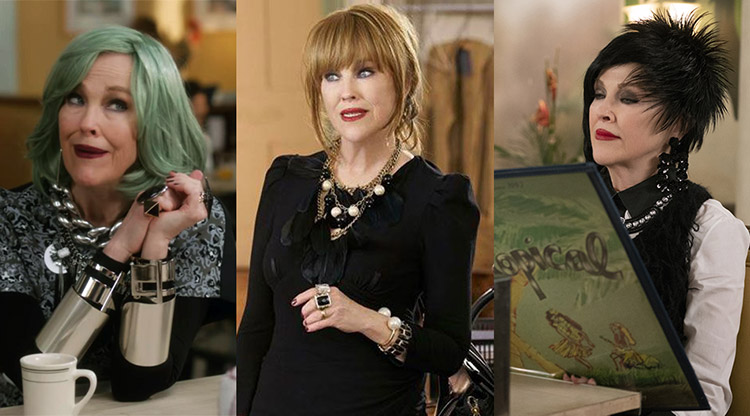 Now, thanks to new technology there’s an array of more natural, easier to style wigs with intricate hairlines that blend into the skin. Wigs are openly heralded for their versatility, allowing the wearer the opportunity to transform her appearance without any commitment to a particular cut or color.

The global hair wigs and extensions market is growing by an estimated 9 percent annually, and is projected to reach revenues of over $10 billion by 2023.

There’s no shortage of hair salons, beauty stores and hair clinics where you can buy wigs. The internet is increasingly becoming an invaluable source for them as well: check out wigs.com and wigoutlet.com.

“There has been an overall huge transition in the last five years where wigs are concerned,” says Merria Dearman, one of New York’s finest wig makers. “Businesswomen, teachers, people in political circles, are wearing wigs. Some very powerful people in media wear wigs, very famous people, and you’d have no idea.” 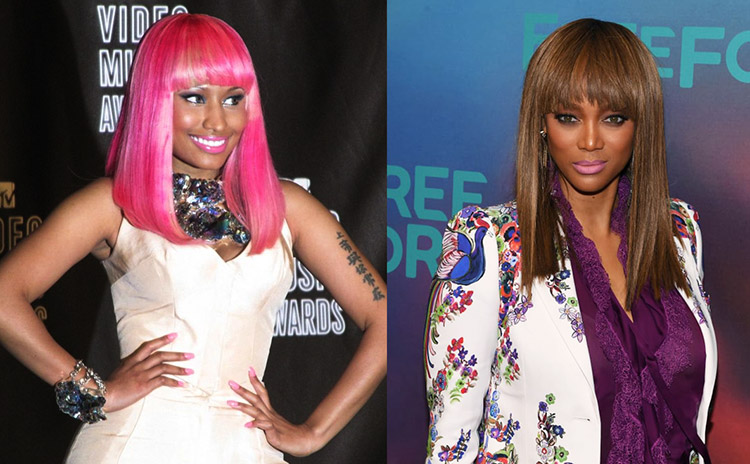 The demand for faux-hair has soared thanks to young female celebs such as Rihanna, Katy Perry, Cardi B and Zendaya who model ever-changing, often wildly colored, wigs at various events and social media influencers imitate them. When model Gigi Hadid walked the runway at New York Fashion Week’s Fall 2018 show, for example, she switched up her tousled blond waves with a hot pink bob featuring sharp lines and blunt bangs. “They treat their hair as another accessory, a feature as easy to change as a pair of earrings,” says Emmy-Award winning stylist and wig designer Hadiiya Barbel. Others like Jennifer Lopez, Kim Kardashian West, Keira Knightly and Selena Gomez also wear wigs of varying lengths and hues. Comedienne and writer Amy Sedaris has said that she’s “a big wig person” with over 30 different wigs. Actress Melissa McCarthy reportedly has more than 100 wigs and during an appearance on The Late Show with Stephen Colbert told viewers: “I don’t know if you’ve ever treated yourself to some time with a wig, but do it.”

There’s also a new and growing breed of wig-wearers: baby boomers who want to look and feel younger. Hair loss typically increases around menopause with visible thinning of the hair starting at the crown and spreading outwards. If your hair has been repeatedly treated with chemicals such as bleaches, permanent dyes or straighteners, it can become stiff, dry and prone to breakage. As TV talk show host Wendy Williams, who has her own line of wigs, put it: “Most women of a certain age need a little help with their hair as time goes on…. Why not get some help?” 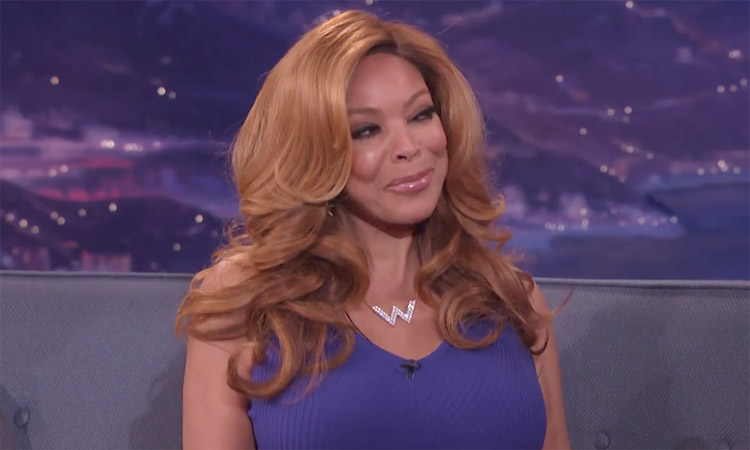 If you are thinking about getting a wig—which noted hair stylist Andrew DiSimone calls a “hair replacement system”—there are countless options to choose from. Some are very natural looking, while others are in bright colors and lengths much different than your own. But the most pressing decision for you to make is whether to get a human-hair or synthetic-hair wig. Real human hair wigs come in a variety of textures, which is beneficial if you are looking for a wig that looks similar to your own natural hair. Real human hair wigs can be washed, curled, blown dry and colored just like your own hair. They come unstyled, to be cut by a hairdresser. About a head and a half’s worth of human hair, most of it coming from India, Asia or Europe, go into a decent wig. All this comes at a high price, sometimes costing as much as five figures.

Another option is a synthetic wig which allows you to avoid styling your hair on a daily basis. Over the years these hairpieces have come a long way in terms of improved texture, style, colorization and construction. Made from high-tech man-made fibers, synthetic wigs are pre-styled, which makes them perfect if you don’t want to spend time on hairstyling. Synthetics typically are cheaper than human hair wigs, running on average about $150. “Some people go online and buy less expensive synthetics before making an investment in human hair wigs,” said Dearman.

Even with a synthetic, however, you will want a professional to cut and layer the fibers in order for the wig to look like your own. If you wear a wig every day, a synthetic wig will wear out in about four to six months, much faster than a human hair wig which, with proper care, can be used for a few years.

If you aren’t ready, visually, mentally or budget-wise, for a full wig or simply want to cover thinning areas at the top of your head, crown area or your hairline, there are several options called “toppers” or “wiglets.” Toppers are also good for adding volume to fine or thin hair that can then be blended with your remaining hair to give a natural appearance. These pieces can be made with synthetic or human hair and are available in different sizes. If you have enough hair, the topper can be attached to your own hair with inconspicuous clips. If you have very little or no hair in an area, the topper can be taped on to the skin. There are also toppers that can give you bangs or a ponytail that you didn’t have before. “Wigs allow you to explore every aspect of who you are,” says Barbel, “so try one on, have fun and express yourself.” 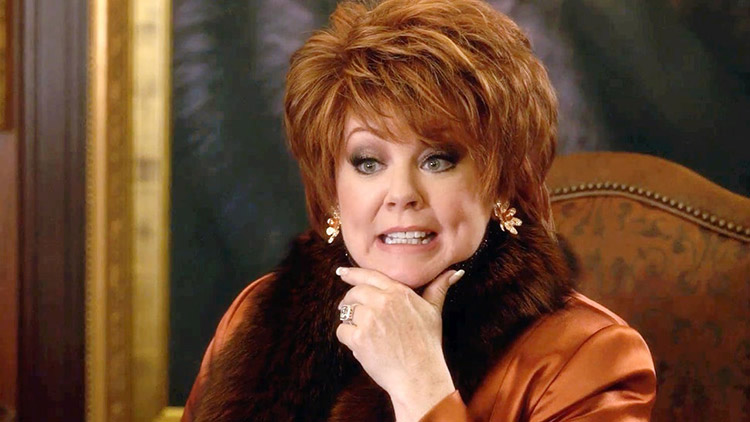 For more than two decades, DiSimone has been hand crafting wigs for celebrities, men and women with hair loss, athletes, as well as professionals “on the go.” But he is also known for his volunteer work cutting and styling wigs for the American Cancer Society and sponsors “Free Wigs for Kids,” a program that helps children with hair loss. DiSimone charges $500 to $1,500 for a full synthetic wig, $1,500 to $5,000 for hand-tied human hair, along with toppers that range from $600 to $3,000.

Formerly known as Hadiiya Barbel Collections, Emmy Award winning celebrity hair artist Barbel (Wendy Williams former wigologist) offers several luxury lines of Araya “crowns,” as she calls her wigs. The hairpieces are particularly designed for hair replacement. She also creates celebrity style fashion wigs for African-American women. A consultation is $150, with full human-hair wigs priced from $675 to $1,250 for a pixie hairstyle up to $3,500 for “long, virgin hair.” Toppers range from $550 to $975. Wigs come in a variety of styles, but Barbel says her human-hair pony tails which start at $500 are especially popular as they can be customized to your natural hair texture or color.

In business for more than three decades, Bitz-N-Pieces is known for helping women with alopecia or chemotherapy-related hair loss. Now in a new location near Port Authority, the full-service salon is bigger (four private rooms) and more welcoming than ever. “We are a safe haven for women who may be going through changes in their life,” says owner Randy Capehart.” Most synthetic wigs are pre-made (from $350 to $850); “all natural” handmade wigs can cost from $1,250 to $8,000, depending on length and quality of hair and cap construction). There’s an initial fee of $35 for an hour-long consultation. The salon also sells accessories such as sleep caps, hats and more.

For many years Dearman created fine wigs for film and theater productions, but today her clients span all walks of life. She handcrafts individualized wigs, one strand at a time, that look and feel completely natural. Many of her clients seek help with hair loss issues, while others seek her out to rework hairpieces bought elsewhere. A consultation with Dearman costs $200, a full wig with real human hair costs $5,000 to $6,000, while a topper can run between $3,000 to $3,800. Hairpiece repair runs $80 an hour.

For more than 40 years, Raffaele Mollica has made beautifully hand-crafted custom wigs and hairpieces. He is especially well-known among Hasidic Jewish women, who are required after marriage to cover their real hair with scarves, hats or wigs, as well as women suffering from hair loss due to alopecia areata or chemotherapy. A routine consultation will require several visits to select the right texture, color and fit. Prices start at $7,000 for a wig made from high-end European hair. Toppers range from $3,500 up depending on the size, texture and color of hair.

You may enjoy other NYCitywoman stories by Rona Cherry

Foods that Hurt, or Help, If You’re Feeling Anxious

Memo to Trump: Naps Are Good For You!

Is Your Chair Killing You?

Love Me, Love My Pet