Naps Are Good For You!

Researchers say the prime time to snooze is 1 to 4 p.m. when your body’s 24-hour circadian rhythm normally experiences a lull. 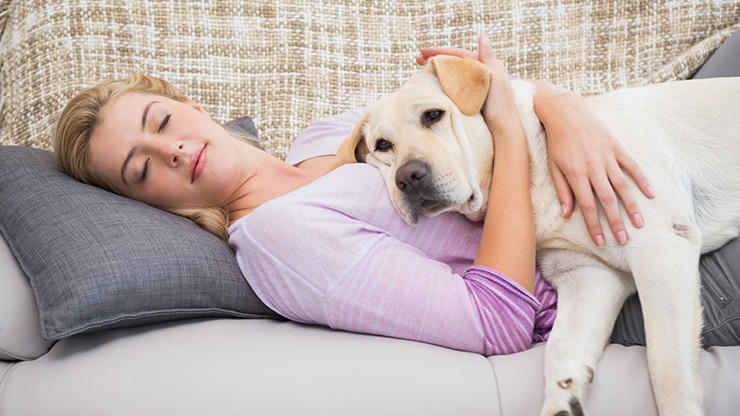 Do you ever feel so tired in the middle of the afternoon that all you want to do is find a quiet place to curl up and take a nap—even just for a few minutes?

When that happens to me, I usually wind up drinking a grande cup of bold coffee and hope I can power through my mid-day lull. But on days when I’m at home, I take a 20-minute nap. I wake up feeling refreshed, ready to take on the rest of the afternoon and evening.

Ah, naps. We live In a culture where many people still brag about how little sleep they need and deride naps as a sign of laziness, even weakness. Remember how during the Presidential campaign, Donald Trump criticized Hillary Clinton for her penchant for napping? He vowed he wouldn’t take any naps if he made it to the White House. “No naps for Trump, no naps. I don’t take naps. We don’t have time,” he declared.

Nevertheless, a growing body of research suggests that a little midday shut-eye boosts alertness, productivity, creativity, mood and temporarily compensates for an inadequate night’s sleep. It may even improve associative memory—the ability to put a name to a face. 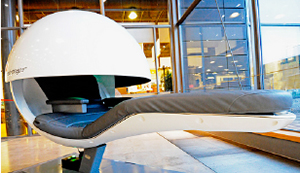 Some of the nation’s largest companies, hospitals and universities, recognize the benefits of naps and have been adding nap pods as a way for individuals to get a quick snooze. Google, Zappos, Uber, NASA and Procter & Gamble are only a few of the high-profile companies that offer employees use of the “Energy Pod,” created by New York-based MetroNaps. (See photo at left by Sellon Kirjasto/Flickr.) These special sleep stations create a private sanctuary. You climb onto a futuristic-looking recliner with a helmet-like “privacy visor” and listen to soothing music until nap time ends, about 20 minutes later.

Maybe the U.S. is beginning to catch up with what many cultures around the world have known for centuries. In many Mediterranean and Latin American countries, a mid-day “siesta,” or afternoon nap is ingrained in the culture. In Italy, many take a riposo, or afternoon nap, which is attributed to a healthier way of living.

“I always like taking a nap in the afternoon,” says Katherine Samon, a writer in Larchmont, NY. “I wake up more clear-headed. A nap really helps me relax my mind, which helps me with my writing.”

So what’s the best time of day to take a nap? If you have a job outside your home, you may not have a choice of times to catch a few winks. But researchers say the prime time to snooze is 1 to 4 p.m. when the body’s 24-hour circadian rhythm normally experiences a lull. If you fall asleep closer to bedtime, it may be more difficult to fall asleep at night. If you go to sleep around 10 p.m. and wake up as early as 6 a.m., take a nap at 1 p.m. or 1:30 p.m. If you like to stay up past midnight and wake past 8 a.m., take a nap around 2:30 or 3 p.m.

Although optimal nap times vary from person to person, Mayo Clinic experts say it’s best to nap for 10 to 30 minutes. If you nap much longer, you may disrupt your biological clock—and wake up feeling groggy and tired (an effect called “sleep inertia”).

Why a nap is good for you

Even in well-rested people, naps can improve your ability to perform at optimal levels throughout the day, says Dr. Sara C. Mednick, Ph.D., associate professor in the Department of Psychology at the University of California, Riverside, and the author of Take a Nap! Change Your Life. A nap of 15 to 20 minutes can “reset the system and get a burst of alertness and increased motor performance,” she says. “That’s what most people really need to stave off sleepiness and get an energy boost.”

The mid-day nap may be especially beneficial for those who are older. Elizabeth McDevitt, a graduate student researcher also at the University of California, Riverside, said in an AARP article that naps may be particularly valuable as a way of counteracting age-related memory loss. That’s because the brain seems to “consolidate” learning while a person naps. What this means is that the brain turns newly-learned information into a more permanent state.

A regular midday nap can also lower blood pressure and the need for anti-hypertensive medications. Researchers from Asklepieion Voula General Hospital in Greece studied 386 men and women, with an average age of 61 and high blood pressure. The study found that those who napped at noon for about an hour averaged blood pressure measurements five per cent lower than those who did not nap. Although the reductions seem low, the researchers said even modest reductions can lower the risk of cardiovascular events, such as heart attacks and strokes.

In another study, researchers from Saarland University in Germany found that a 45 to 60 minute nap can improve your memory five times better than if you stay awake after learning something. For the study, published in the journal Neurobiology of Learning and Memory, researchers taught a group of people 90 words and 120 unrelated word pairs, such as “milk” and “taxi.” Half of the study participants then took a nap, while the others watched a DVD. When the subjects were tested afterwards, the group allowed to snooze scored higher on the word pairs.

While most of the news about napping is positive, there are a few concerns of note. A recent Japanese study suggested that napping for more than an hour a day could be a warning sign for type 2 diabetes. The investigators found that napping more than 60 minutes a day increases the risk of diabetes by 45 percent compared with no daytime napping. However, there is no risk if you nap less than 40 minutes. Bottom line: If you can’t get through most days without feeling sleepy and need long naps, talk with your doctor to rule out any medical or psychological issues.

How to take a good nap

If you want to take a nap, here are a few tips to help you:

1. Plan your naps. Short on time, but need a quick boost? Take a 10 to 20 minutes power nap. It boosts alertness and motor learning skills like typing. Tired, but still need to work? A nap of about 30 to 60 minutes will boost your ability to remember facts, faces and places. An hour-long nap triggers rapid eye movement (REM) sleep, which helps improve memory.

2. Find a quiet, dark place to lie down. Reducing light and noise helps most people to fall asleep faster. Pick a dark, cozy place that’s not too warm or too chilly. A sleep temperature between 60 and 67 degrees is suggested.

3. Drink some coffee. It may sound counterintuitive, but some experts suggest sipping coffee and then immediately taking a short nap. It takes caffeine 20 to 30 minutes to take full effect so you’ll feel even more alert after your 20-minute “coffee nap.”

4. Sleep partially upright. By not lying totally flat, you avoid falling into a deeper sleep. Some experts recommend napping on a couch instead of a bed so you are less tempted to sleep for too long.

5. Don’t stress out if you can’t sleep. Sometimes worrying about not falling sleep keeps us awake. Just taking a few minutes to relax can be as curative as sleep.

Winston Churchill, Salvador Dali, Albert Einstein, Thomas Edison are only a few of the famous folks who loved to nap. But what about some successful people today? Here’s what they say:

Charlie Rose, talk show host and journalist: “If the choice for me is 30 minutes or more preparation for an interview or a 30-minute nap, I’ll take the nap.”

Martha Stewart, businesswoman and TV personality: “I catnap now and then, but I think while I nap, so it’s not a waste of time.”

Edie Falco, actress: “I love being able to take a nap in the afternoon.”

Arianna Huffington, author: The Sleep Revolution: Transforming Your Life, One Night at a Time “Sleep can be the ultimate performance enhancer—in sports, at work, and in every aspect of our lives.”

Pete Hamill, writer: “The replenishing thing that comes with a nap—you end up with two mornings in a day.”

Tim Finchem, former commissioner PGA Tour: “I’m a fan of the power nap. About twice a week, I’ll stretch out on a little couch in my office for 20 minutes. I don’t need a wake-up call; I pop right up, feeling refreshed.”