A Met exhibit shows how females changed the face of photography

At the turn of the 20th century, more and more women were expanding their horizons beyond hearth and home. Known as the “New Woman,” the movement challenged conventional ideas of gender; it was controversial and global—much as the Women’s Movement would become decades later.

A number of these daring women focused their energies on the vital and expanding field of photography. New cameras, lighter than the old, allowed photographers to make images that would have been previously impossible, and a growing number of magazines gave them ample work. Artists experimented with photo collage and new printing techniques, while anthropologists were free to use the light-weight cameras in their field studies.

The New Woman Behind the Camera, at the Metropolitan Museum of Art, is a fascinating exhibition of the work of 120 of these daring women, with 185 photographs, images in magazines and photo books.

Not surprisingly, many of these pioneers were based in New York. But as Andrea Nelson, the curator, explains, this was a global movement. Some, such as photojournalists Margaret Bourke-White and Dorothea Lange, were recognized in their times (and ours). Others in the show are being rediscovered. African American anthropologist and civil rights activist Eslanda Goode Robeson. With her husband, singer Paul Robeson, she travelled through Africa: Photos in her book African Journey show a society that had parallels to the American South’s practices of Jim Crow, but also “a growing spirit of resistance.” As Max Hollein, director of the Met, noted, “The women featured are responsible for shifting the direction of modern photography”—shifting it in their studios and on the streets, in fashion and ethnographic studies, sports and the arts.

Following, a quick peek at some of the images in this ground-breaking exhibit. (The New Woman Behind the Camera will be at the Met until October 3, when it travels to the National Gallery of Art in Washington; the catalogue by the same name is a stunner.)

Portraits (mostly of men, or men with their families) had been long been a staple of photographers (mostly men). As women entered the field, they took a new approach to the portrait: who was photographed and how. Florestine Perrault Collins, who ran her own studio in New Orleans from 1920 to 1949, used her portrait of Mae Fuller Kellerto to advertise her services. With bobbed hair and pearls, she embodies the glamorous Black New Woman (below left).

The first woman to open her own studio in Vienna, Dora Kallmus reinvented herself as Madame d’Ora and soon was a favorite of Austria’s elite, including Mariette Pachhofer, a painter and illustrator who chose her masculine riding outfit, showing that she, too, was a liberated New Woman (below right). 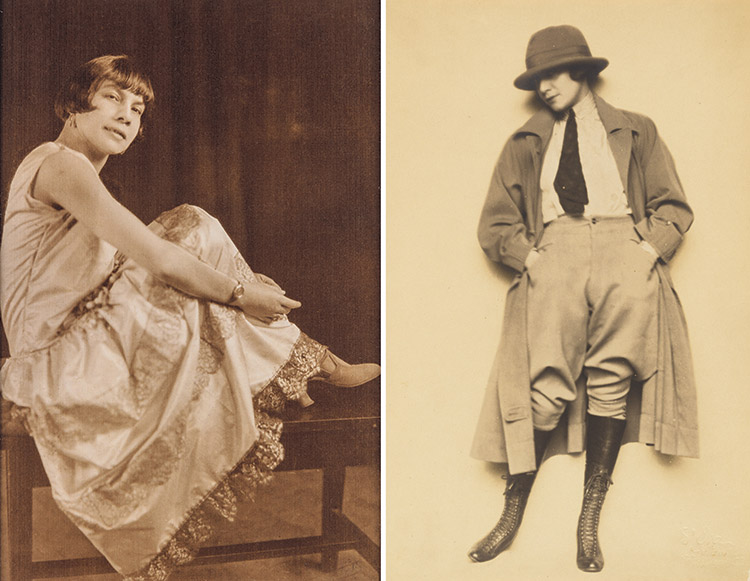 It was not uncommon for these photographers to take their own portraits. In Germany, Ilsa Bing focused on her recently acquired Leica camera and her craft: The New Woman behind the camera. 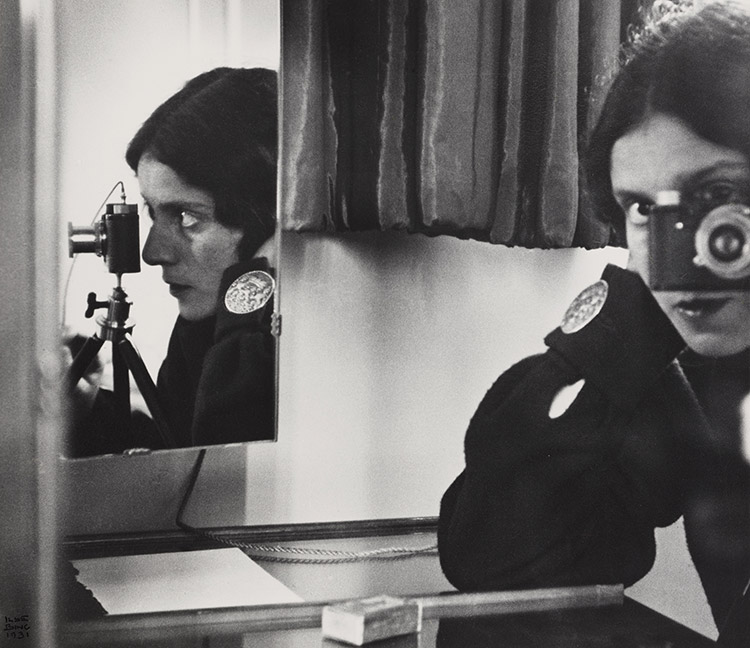 Lucy Schwob, who assumed the gender-ambiguous name Claude Cahun, created a double self-portrait challenging traditional gender notions. “Masculine? Feminine? It depends on the situation,” she wrote later. Wanda Wulz, a portrait photographer associated with the Italian Futurist movement, created a dreamlike identify by printing two negatives—one of her face, the other of the family cat—on a single sheet. 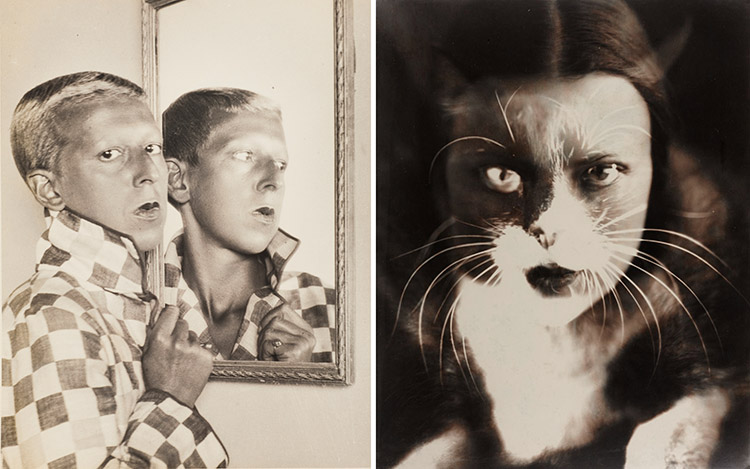 The New Woman photographers were intrigued with the changes—both societal and architectural—in their cities. Kneeling down, Homai Vyarawalla, shot through the wheels of a rickshaw. In focus, one of Bombay’s many laborers, while far in the background the Victoria Terminus is a symbol of British colonial rule. 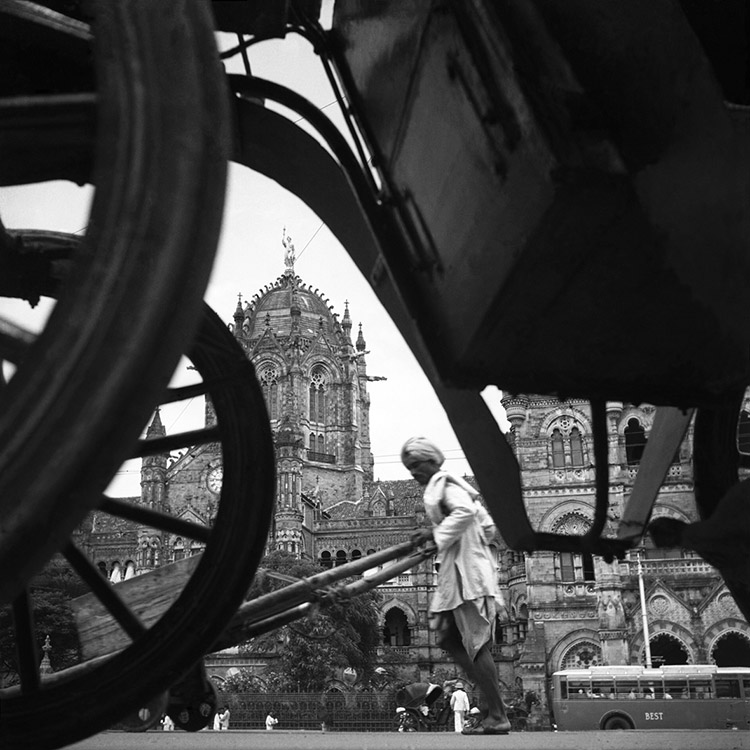 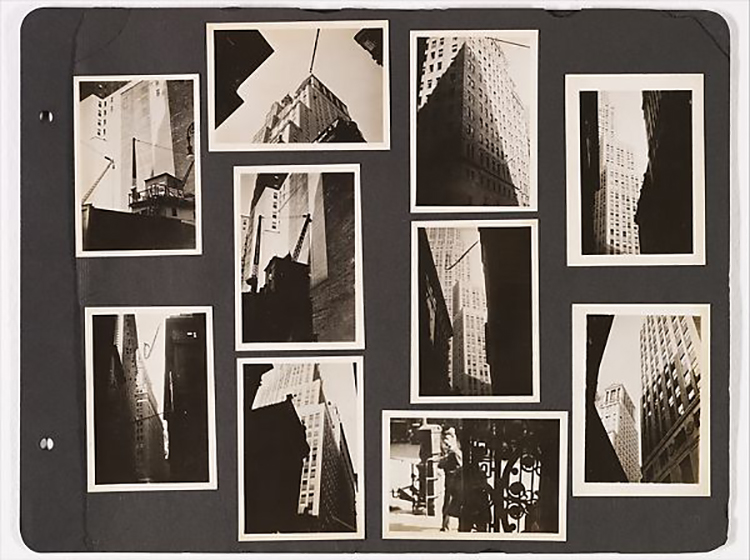 Female photographers made their way onto the pages of newspapers and magazines. Starting in the 20s, the fashion industry came into its own, and photographs soon supplanted drawings in fashion spreads and advertising, opening career opportunities for women. Some, like German Else Simon (Yva), opened their own studios. Some others managed to gain fame in photojournalism, long the domain of men. Margaret Bourke-White, who attracted the attention of Henry Luce, was chosen to shoot the first cover story for his new magazine, Life: a photo essay on Fort Peck Dam. 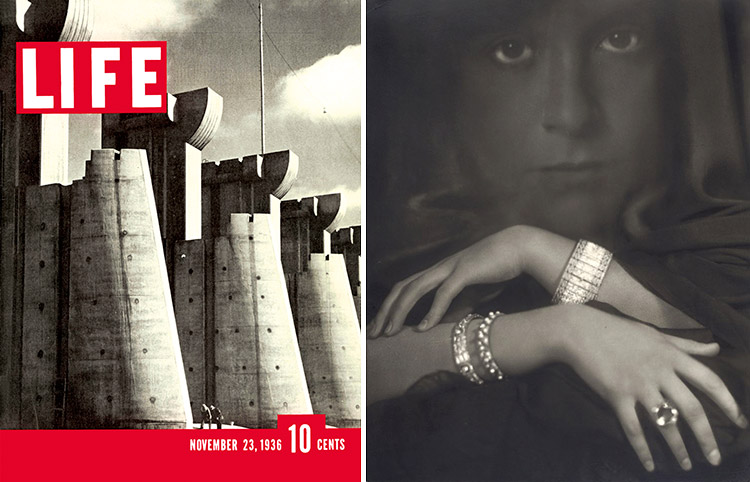 Later, Bourke-White would cover World War II for Life, flying with U.S. Army Corps in their attacks on German planes and ships in the Mediterranean. Again, she made the cover. The headline: “Life’s Bourke-White Goes Bombing.” Meantime, Galina Sanko covered the Russian front (below). 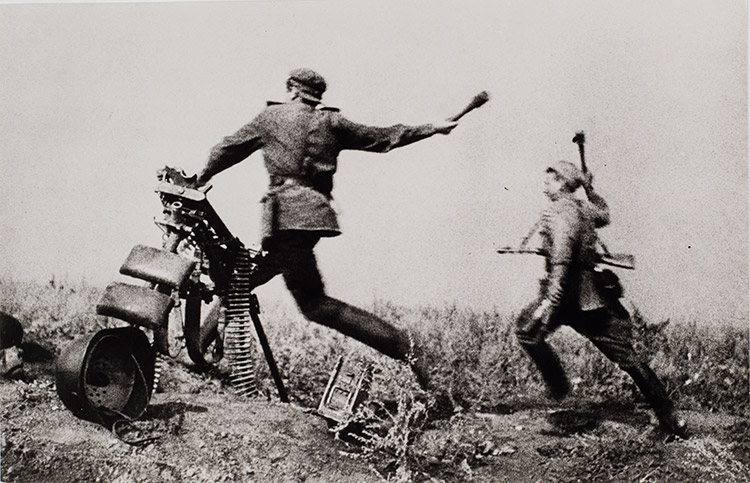 During the Depression, Dorothea Lange covered the mass migration of agricultural workers from Oklahoma to California. During the war, she continued to cover the oppressed. After the attack on Pearl Harbor in Dec. 1941, FDR created the War Relocation Authority. Hired by the WRA she detailed the painful relocation of Japanese-Americans to internment centers, incisively covering the devastating loss of community, homes and businesses. 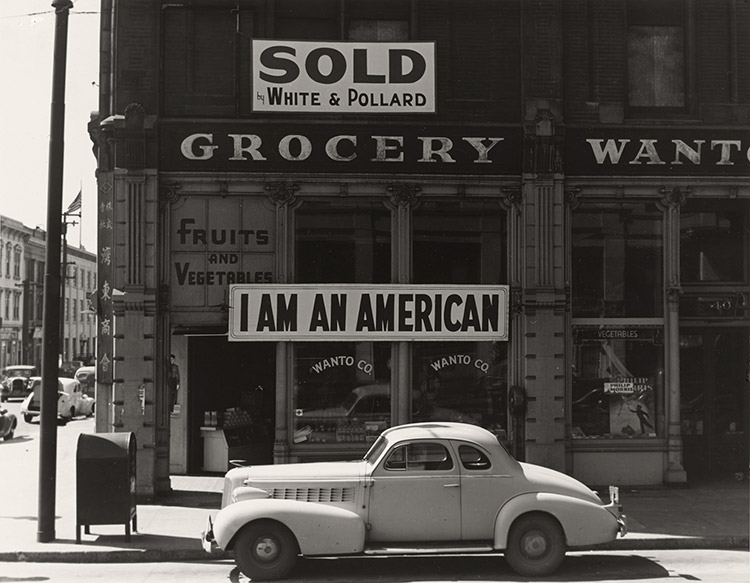