From Baroque to contemporary music, female composers at last are getting their due 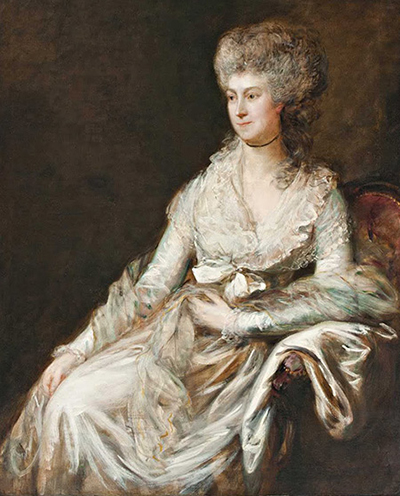 As we inch our way forward from the disruptions of the past couple of years, musical organizations large and small might feel an existential urgency. Will audiences return to concert halls, or will audience attrition continue? Will we admit that the prevailing economic model has served the performing arts poorly, making artistic innovation subservient to endless fundraising, and can a more rational model be found? And most crucially, will we see a fresh approach to programming, which in many cases has grown sclerotic?

What I’m suggesting is hardly radical. After decades when repertory too often favored the familiar, it is time to replace the tried and true with inclusivity and innovation. A fertile source of fresh sounds and new ideas is music written by women composers. For decades, for centuries, women have created a wealth of music—Baroque, Classical, Romantic, and contemporary. While familiar to specialists, their contributions remain unknown to the concert-going public. No specialist myself, I’ve recently directed my attention to some remarkable women composers. Their stories are as compelling as their music, and their music would be welcome by early-music ensembles, traditional orchestras, and opera companies alike. I’d like you to meet them too.

Were I to ask anyone with a lively interest in the Classical music to name the composer who was born in 1756 and died in 1791—the answer would be immediate: Mozart. Those indeed are Mozart’s dates, and to think of a contemporaneous musician who was equally treasured would be impossible.

Francesca Lebrun, née Danzi, (above right) was also born in 1756 and died in 1791. She was triply gifted—composer, keyboard virtuoso, and opera star, making her operatic debut at age 16 on her home stage in Mannheim, winning wide praise.

You’ll be nonplussed if you try to explain her absence in our history books, yet the explanation is sadly self-evident. With virtually all other women musicians of her day, she can be found, if at all, in the margins, among the footnotes.

What makes the case of Mlle. Lebrun so poignant is that in many ways she outshone Mozart in her centrality to the music of her time. Francesca Danzi was a diva of her day, when celebrity travel was already de rigueur. By 1777, she appeared in London, premiering operas by Johann Christian Bach, the so-called “London Bach,” 18th of Johann Sebastian’s 20 offspring. On her return to Mannheim, she married Ludwig Lebrun, a virtuoso oboist, composer, and conductor, and in 1778 they went to Milan, where Francesca opened La Scala’s opera season, and then in 1779 to Paris and accolades at the Concert Spiritual. With the French Revolution imminent, the couple made London their home, where Signora Lebrun, as she was known by then, sat for the eminent portraitist Thomas Gainsborough.

Ludwig and Signora Lebrun had two daughters who continued the family business—Rosine as a singer and actress in Munich, Sophie as a pianist and composer. Married to the official piano maker to the Munich court, Sophie bore four children, and they too became professional musicians. The Danzi-Lebrun family was dynastic, with deep roots in late 18th century concert music, spread extensively, that no other family could match.

But what of Francesca Lebrun’s music? She was no Mozart, but neither was anyone else.

Her Opus 1, a set of six sonatas for keyboard and violin, became her published introduction to the musical community. As was then the fashion, these works were basically solos for keyboard, to which the violin adds an occasional flourish. The keyboard tells the story, the violin kibitzes. They are not unlike Mozart’s first 16 sonatas for keyboard and violin, nor those of any other composer of the time. With Mozart’s 17th sonata, K. 296, however, composed in 1778 in Mannheim, the genre comes into its own as a work for two equal and co-dependent voices.

And yet Signora Lebrun’s compositions are melodically graceful and harmonically astute, with interesting development sections that appropriately increase in intensity. Dare I say that any male composer not named Mozart would be proud were these his? 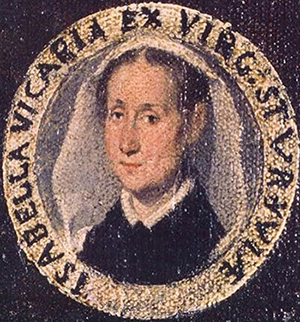 As with women Classical composers, so with Baroque, and among the most distinctive of these earlier voices is Isabella Leonarda (right). Born in 1620 to a prominent Piedmont family, Leonarda entered the Ursuline convent in Novara at age 16, where she spent the rest of her life.

Not known as either a singer or an instrumentalist, she gained local fame as a composer, being praised as ‘la Musa novarese’. Her output was enormous and includes approximately 200 works in virtually every sacred genre—motets, masses, and Magnificats, sacred concertos for multiple voices, psalm settings, and sacred Latin dialogues.

She was also the first woman to publish instrumental sonatas—her Opus 16, which includes a dozen church sonatas, or sonata da chiesa. Though instrumental music was not her primary focus, it is this set of pieces for which she is best remembered. The sonata da chiesa was long thought to have been standardized by the Baroque violinist-composer Arcangelo Corelli, whose alternation of slow-fast-slow-fast movements is considered inviolate.

Leonarda rethinks Corelli, and invests the church sonata with brilliant imagination. The dozen pieces in her Opus 16 have various movements—some nine, some as many as thirteen, and of the few that have Corelli’s preferred four, these do not subscribe to the standard alternation of tempo, as heard here:

Were it not for being cloistered, Leonarda would surely have won wider fame as one of Monteverdi’s contemporaries.

As it was, she remained widely ignored until a cache of her manuscripts was found by the polymath Sébastien de Brossard, whose 75 years straddled the 17th and 18th centuries. His reaction is ours: ‘All the works of this illustrious and incomparable Isabella Leonarda are so beautiful, so gracious, so brilliant, and at the same time so learned and so wise, that my great regret is not having them all.’ 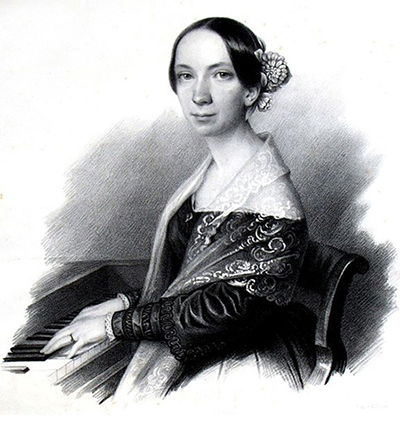 If we look further to the 19th century’s Romantic era, at least two women composers—Fanny Mendelssohn and Clara Schumann—were indeed recognized. And not coincidentally, both were related to far more famous men: Felix Mendelssohn was Fanny’s brother, and Robert Schumann was Clara’s husband.

I’d argue that Emilie Mayer (right) is more interesting than either in her life and her art. Born in 1812 to a prosperous pharmacist and his wife in Friedland, a speck in the north of Germany, she knew loss from early on. When she was two, her mother died; exactly 26 years later, her father committed suicide.

Understandably distraught, Emilie immersed herself in music. She moved to Stettin, Poland, and became a pupil of Carl Loewe, known for the songs he composed. “You actually know nothing and everything at the same time! I shall be the gardener,” he assessed, helping “the talent that is still a bud resting within your bosom to unfold and become the most beautiful flower.”

And that’s not all the praise he bestowed on Mayer. Elsewhere Loewe owned that “such a God-given talent as hers had not been bestowed upon any other person he knew.” A musical cosmopolitan—acquainted with Mme de Staël; a recipient of financial largesse from Jérôme Bonaparte, Napoleon I’s youngest brother; an intimate of Felix Mendelssohn—he would nurture the latent gifts he perceived in this woman whose life was marked by loss.

But here’s the rub. Loewe was one of the supreme composers of song, and song was something for which Mayer showed little aptitude or interest. Thus, as things transpired, he wound up grooming a young woman who made her mark with symphonic music and would later be called the female Beethoven.

Listen to her music to hear the genesis of this sobriquet. After her study in Stettin, Mayer moved to Berlin for tutelage with the music historian, critic, and most important music theorist of his time, A.B. Marx. In 1830, Mendelssohn recommended that Marx be appointed to a newly-created position at Berlin University, professor of music, and it was there, in 1847, that Mayer became his pupil.

Under Marx, she evolved her earlier style, modeled on the Classical masters’, to something more complex, more powerful. Lyrical by nature, she now commanded a palette that offered darker hues and greater nuance. While not a second Beethoven any more than Signora Lebrun was a second Mozart, her seven symphonies display a progression that Beethoven, or anyone who knew his music, would have recognized. As Beethoven’s style evolved from the simplicity and clarity of Haydn to a more rugged and assertive style of his own, so did Mayer’s music evolve from a Classicism she knew from early Beethoven to her own more personal and expressive style.

Each of her symphonies offers pleasures that are fresh to the ear:

In the 20th century through to today, woman composers have begun to get their due. Naming names: Amy Beach, Florence Price, Ruth Crawford Seeger, Miriam Gideon and Vivian Fine, among earlier generations; and in our own, Joan Tower, Meredith Monk, Jennifer Higdon, Julia Wolfe, Ellen Taaffe Zwilich, and Caroline Shaw, with my apologies to the dozens I’ve failed to mention. 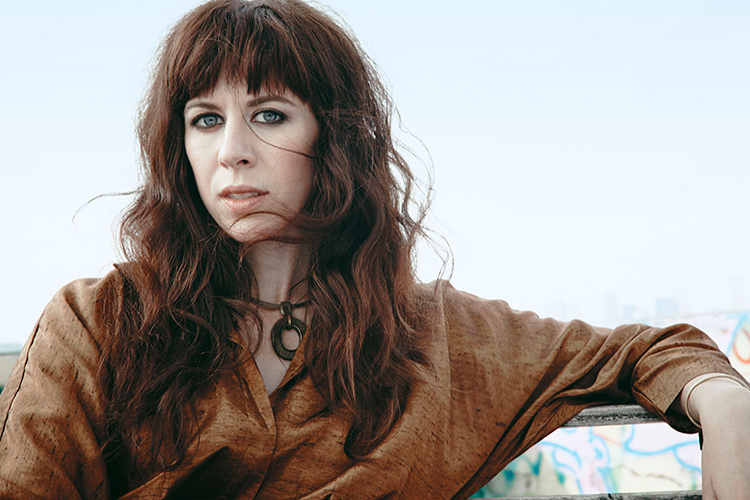 While performances of these women’s works, and those by others, are heard with some frequency, there’s something special about a collaboration, announced but not yet scheduled, between composer Missy Mazzoli (above) and the Metropolitan Opera.

Still in her early forties, Mazzoli has accrued a lifetime’s worth of fame. The Chicago Symphony’s composer-in-residence from 2018 to ’21, she was named Composer of the Year for 2022 by Musical America magazine. Classical Music, a publication of the BBC, named her one of “the greatest opera composers of all time,” placing her in the heady company of Handel, Puccini, and Wagner; at the time, she had written three operas only—Song from the Uproar, Breaking the Waves, and Proving Up (links to the operas’ trailers)—and each was rapturously received, though none was produced by a company of the Met’s importance.

For the Met, Mazzoli is setting a libretto fashioned from George Saunders’ Lincoln in the Bardo, which received the Man Booker Prize in 2017. Taking place in the bardo, the Buddhist transitional space between death and rebirth, the novel is rich in characters and atmosphere. The BBC Music Magazine mentioned that Mazzoli writes “in a lush, neo-Romantic style spiced with minimalist and jazz flecks.” All well and good, though it fails to mention what I find most distinctive and rewarding—the emotional resonance that has distinguished her work from the start. To learn more about this extraordinary composer and sample her compositions, visit her web page: Missymazzoli.com

The Met’s commission does more than recognize Mazzoli’s gifts. It acknowledges that women’s works can be as worthy as men’s, and that the best of both deserve the support and endorsement of our most prestigious institutions.