The Ups and Downs of Turning Seventy

I decided not to lie or apologize about turning 70; instead here’s what I did. 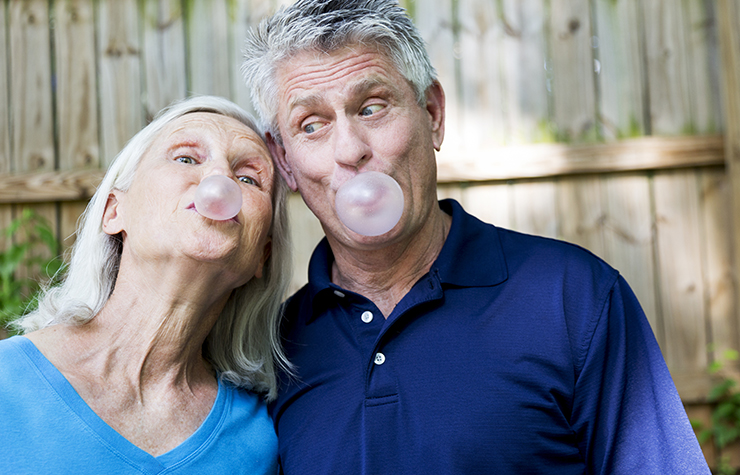 Something quite devastating happened not too long ago in my personal life: I turned 70. That’s older than I ever intended to be. And I don’t quite understand how it happened. Emotionally, I’m the same person I was when I was 16. I think about boys, and I hate my hair. Getting older seems to have happened while my back was turned, and the challenges take some getting used to.

We’re having dinner, and the waiter says to Benni, my husband, “Would you care for a cocktail, sir?” And then he turns to me. “And how ’bout you, young lady?” Let me tell you one thing I do not need in my life. I do not need to be condescended to by unemployed actors. 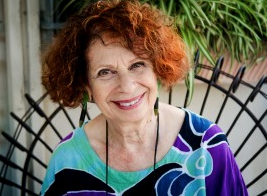 Benni is Danish, so we spend a lot of time in Copenhagen. Imagine my shock when I saw a huge billboard that had a photo of an attractive older white-haired couple. They were both naked from the waist up, and the man was standing behind the woman with his hands on her bare breasts. The slogan read “Dom Pérignon: For Those Special Occasions.”

You will not see that billboard anytime soon on Times Square. By the way, here’s something you should know about sex and old people. Thirteen percent of women are born with the capability of multiple orgasms. And if you are one of those lucky few, it’s the gift that keeps on giving.

But forget sex: the biggest problem in my life has been the constant frustration of being under-employed. You know those people who just go from one creative project to another? They shoot a commercial, they write a book, they’re on TV, they do a show. I hate those people. Well, recently, for the first time in my life, I became one of them. I sold a book, did a bunch of TV shows, and have just been commissioned to create a solo show for which I am writing the book, lyrics and music. Plus I have had the thrill of performing on The Moth Radio Hour. And each of these overnight successes was the result of many many years of preparation.

They say that true happiness comes, not from wealth and celebrity, but from spending time with people you love and who love you. Personally, I’d rather be rich and famous, but while I’m waiting for that to happen I can enjoy the world’s best family and the world’s best friends and a comfortable home and occasional frugal European vacations. So I have it pretty good, and I decided not to lie about turning 70, and not to apologize for it, but to celebrate it.

We invited about 35 people for an evening of dinner, dancing, songs, skits, and speeches—all about me and how wonderful I am. Among the guests were an Oscar winner, two Emmy winners, and someone whose sister is best friends with a Tony winner.

The only sour note was when the young waiter handed me a glass of Prosecco and said, “Here you go, young lady.” I lifted my glass, smiled graciously and said “Thanks, kid.” Younger people may make me feel undesirable and undervalued and unimportant, but here’s the irony: I HAVE THE LIFE THAT THEY ALL WANT! And I sure as hell wouldn’t want theirs.

“I wanna meet someone. I wanna nice place to live. I want interesting work. I’m so bored. I’m so lonely.” I’ve got the answer to all those problems: grow old—and if you’re really lucky, you’ll end up like me: surrounded by love.

P.S. Remember when that jet had to land in the Hudson River? The flight crew who got all the passengers safely out of the plane consisted of three women aged 51, 57 and 58. They were mature, experienced professionals who got drilled in this kind of emergency evacuation once a year, so between the three of them, they had practiced it 92 times. Lemme tell you something. The next time I book a trip, I am going to ask the average age of the crew. And if it’s a bunch of skinny-ass 30-somethings, I ain’t getting on that plane.

Annie Korzen is a Moth Mainstage storyteller and the author of Bargain Junkie: Living the Good Life on the Cheap. She has written humorous essays for NPR’s Morning Edition, The New York Times, and the Los Angeles Times, among other publications. She now posts on TikTok as The Cranky New Yorker.

You may enjoy other stories by Annie Korzen:

Why I Miss New York City