Our Favorite Books for September

The mass forgetting of Tiananmen…a bio of the actor and (who knew?) inventor Hedy Lamarr…the late Wall Street Journal writer Lucette Lagnado’s exodus with her family from Egypt…and a guide to humongous knitting are among the books we’re reviewing this month. 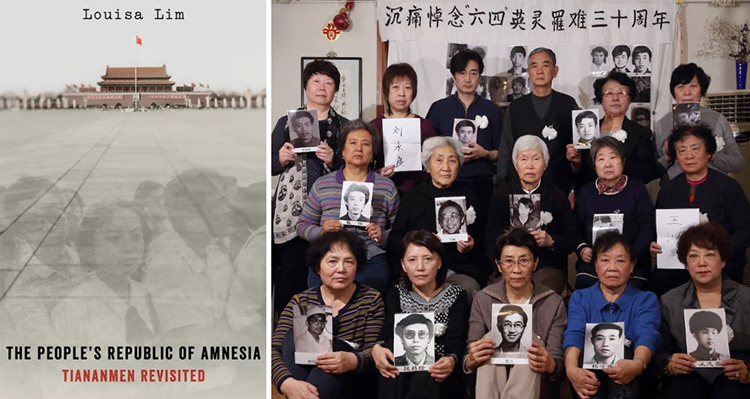 As Hong Kong citizens continue their 13-week-long protest against mainland China’s tightening grip, Louisa Lim’s investigative history The People’s Republic of Amnesia: Tiananmen Revisited (Oxford University Press) offers insights into the government’s ability to rewrite history. Today, few mainland Chinese students have any knowledge of the 1989 Tiananmen Square massacre—one of the bloodiest crackdowns in history, when troops killed as many as 3,000 citizens—nor do they know what protesters around the nation were calling for: human rights, greater political participation. Lim interviews soldiers, students, politicians who were involved: some went to prison, others fled the nation. The Tiananmen Mothers, whose sons were killed, have spent years calling for the government to reverse its verdict of the demonstrations as “counterrevolutionary riots.” For that, these brave women are followed by state agents and sometimes detained. “Memory is dangerous in a country that was built to function on national amnesia.” Lim’s book is chilling portrait of an Orwellian society and a frightening preview of what might happen to Hong Kong’s protesters. –Suzanne Charlé 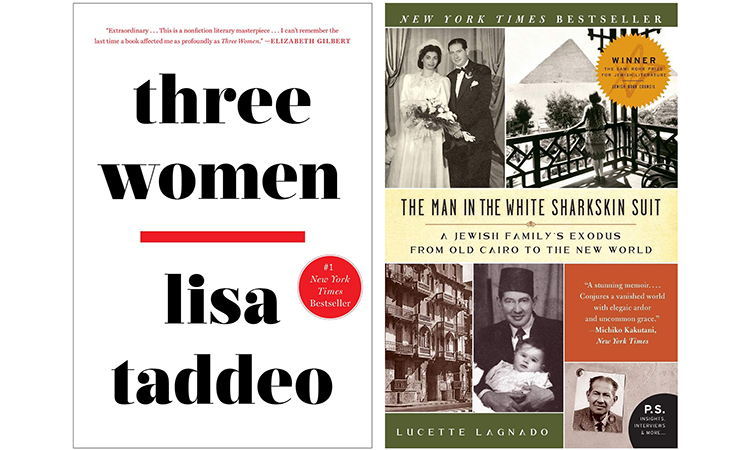 Is Lisa Taddeo’s Three Women a stunningly explicit look at women’s desire in the United States today…or a trashy beach read disguised as breakthrough nonfiction? The three women (all white): Lina, a Midwestern homemaker whose husband won’t even kiss her; Maggie, a 17-year-old high school student who becomes involved with her teacher; and Sloane, a restauranteur whose husband likes to watch her with other men. Regardless of how “relatable” (Taddeo’s word) these women are, their stories, especially Maggie’s, are told compassionately. Do these women have agency? Or are they victims? How does Sloane rationalize her husband-inspired threesomes and other hookups? Can Maggie move past her lover, who is named her state’s Teacher of the Year? Does the book offer new insights into sexuality? I’m not sure; Taddeo has a distinctive voice, but with strange tics. She invents compound words like “fearquick” and phrases like “fawn juice.” There’s a reason this book shot to number one on the best seller list, and it’s not sociology. (Avid Reader Press) –Grace Lichtenstein

The death this past July of The Wall Street Journal’s senior special writer Lucette Lagnado prompted a flurry of renewed interest in her writing, particularly her highly personal, prize-winning, searing saga of a memoir, The Man in the White Sharkskin Suit (Ecco/Harper Collins). Haunting and evocative, this reads-like-a-novel history recounts her Jewish family’s privileged life in pre-Nasser Egypt…and their reluctant exodus, having remained “too long.” When they fled in 1962, they were permitted to take a mere $212, along with 26 valises of useless ball gowns and frippery. This is a touching riches-to-rags paean to her father, Leon, a flamboyant boulevardier who conducted business in the darkened lairs of the Nile Hilton. Fluent in seven languages (eight, if you count womanizing), Leon’s life was altered dramatically (as were his family’s), as the pilgrimage scuttled them to Greece, Italy, France, and, eventually, Brooklyn. It took 16 years for Leon to return to the Hebrew Immigrant Aid Society the $1,199 it loaned him to bring his family to a safe harbor. –Ruth J. Katz 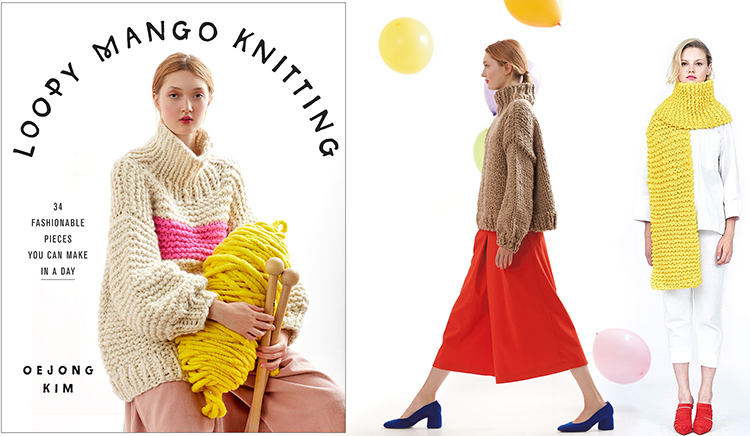 Knitters’ alert! Loopy Mango, the upstart retail, e-tail, and wholesale knitting business that specializes in the bulkiest-imaginable yarns (a single stitch in its thickest merino measures an inch and a half), humongous needles (size 100, anyone?), and the most offbeat, easy-on-easy-off designs (recalling both Commes des Garçons’ and Ulla Johnson’s), has just published its first book. Written by its Korean-born design director, Oejong Kim, Loopy Mango Knitting (Abrams) contains 34 riveting patterns and savvy how-to’s, enabling even beginners to produce a boxy turtleneck pullover in a day. Readers, whatever your skill level, with this book and Loopy Mango supplies, you’ll have scarves for everyone you know in good time for the holidays. But you may be wondering—how is this book not a store catalog? It isn’t. First of all, you’re free to get the gauge with multiple strands of other yarns. And second, no one else has such gigantesque needles or savvy designs. If ever an innovative, breakthrough, disruptive knitting business deserved a book, this is it. –Linda Dyett 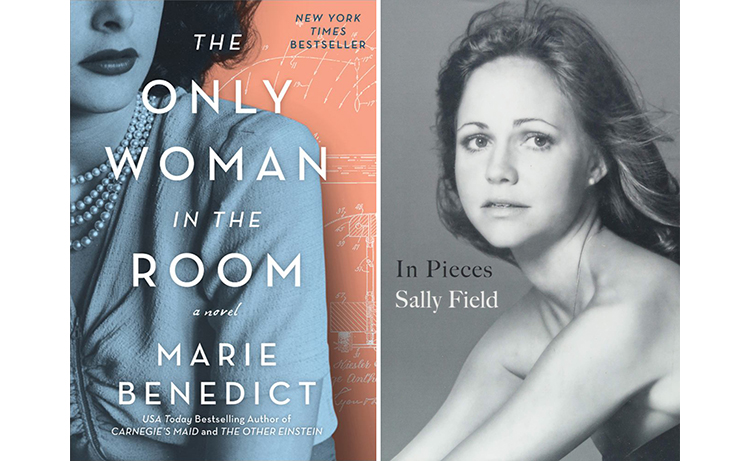 “Any girl can be glamorous,” actress Hedy Lamarr famously said. “All you have to do is stand still and look stupid.” Luckily, Ms. Lamarr didn’t take her own advice. Born Hedy Kiesler, to a middle-class Jewish family, in Vienna, Austria, her doting father nurtured her intellectual curiosity and encouraged her to explore “how everything worked”—a trait that would serve her well later in life. But, a competing passion led her first to pursue a career in theater. However, a disastrous marriage to a wealthy, opportunistic and possessive arms manufacturer, aborted her thespian dreams. How she escaped her marriage, made her way to Hollywood, and teamed with an avant-garde musician in an attempt to thwart the Nazis, I will leave for the reader to discover. Marie Benedict’s biography-as-novel, The Only Woman in the Room (Thorndike Press), transforms Lamarr’s breathtakingly fascinating life into a delightful read—successfully keeping readers abreast of details without getting bogged down in them. –Arlene Hisiger

In Pieces (Grand Central Publishing) is a memoir by the award-winning 72-year-old actor Sally Field, who takes us behind the scenes of her professional life, from her early success in television as Gidget and the Flying Nun, to the dramatic film roles she later played as Norma Rae and Mary Todd Lincoln. We learn of Field’s financial fears during the lean years and her experiences auditioning and preparing for major roles—for which she later won two Academy Awards and three Emmys. A continuous thread throughout her life is the influence of her mother, who supported Field emotionally through her two marriages, her other significant relationships, and the raising of her three boys. That is not to say that Field’s life was easy, as she suffered from sexual abuse by her stepfather—though her mother ignored it—and verbal and emotional abuse by other men. The tone of Field’s writing is oddly neutral and suppresses what must certainly have been harrowing experiences. –Susan Shafer