The ultimate performer who made a comeback in her senior years, Maye is a role model for many entertainers and a favorite at Feinstein’s/54 Below. 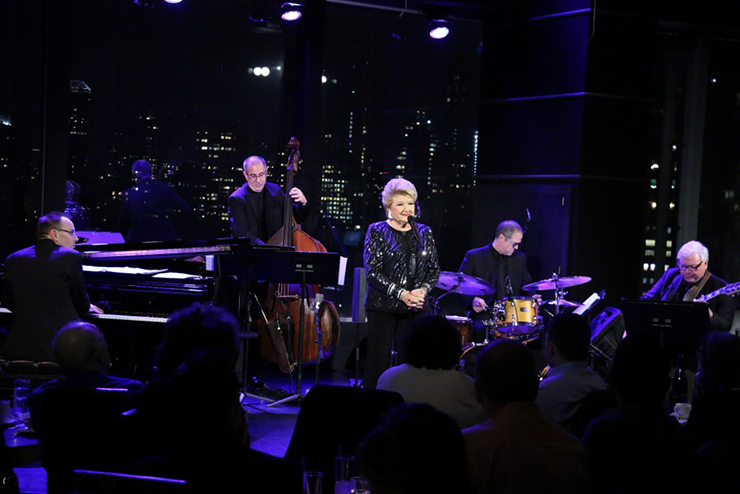 Marilyn Maye, the darling of New York City’s bustling cabaret circuit, is the ultimate entertainer who has perfected and carefully honed her stage skills. Called “the greatest white female singer in the world” by Ella Fitzgerald, Maye is still going strong at 93. Her expressive and interpretive style sets her apart from most current cabaret performers. But it wasn’t until her senior years that she made a comeback. She is now a true inspiration and one of the most active of the 1.9 million nonagenarians in the country.

Dressed in a flashy red pants outfit accented with glittery sequins and a large rhinestone brooch, Maye still commands a presence on New York stages. When I saw her at Feinstein’s/54 Below, she sang a Cole Porter medley, immediately connecting with her audience while singing “Looking at YOU,” “I Get a Kick Out of YOU,” “I’ve Got YOU Under My Skin,” and “All of YOU.” It’s not accidental that the audience knew from the outset that she cared about them. 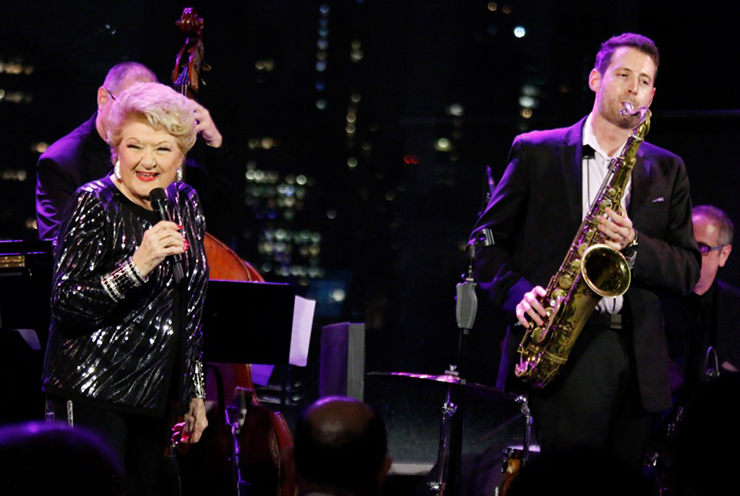 Maye has been performing since she was a child in Kansas City, winning amateur song contests at age seven with her mother doing piano backup. She now shares her humor, talent and wisdom about stage performance with a dozen or so participants in a two-day weekend, five hour master class as well as private coaching. “I have to pass on what I know, the nuts and bolts,” she told me. “I’m all about lyric. I’m all about the audience.” It’s not unusual to see a 90-year-old fan from her hometown wearing a KC baseball cap auditing her class along with cabaret wannabes, recognizable performers, fans and admirers.

As each participant performs two songs, Maye gives tips on using the microphone. “It’s your best friend. Don’t grasp it.” And tips on head and hand position: “There’s no energy in hanging hands,” she tells the audience and participants as she jumps up and demonstrates. “You can be a jazzer and still communicate the meaning of the song. You need to be with your audience continually. Don’t sit because everything goes down too. Fat is not attractive; cover it.” She told one woman to remove her animal print scarf and another to wear dark makeup and not to forget the lashes. Maye even offered to teach her how to put them on. “Lashes give you expression you don’t have. Get them at the drugstore,” she counsels. “Eyes are a great communicator. Sing into their eyes.”

Supportive and encouraging, May tells a student: “Stay calm, honey ” and asks her pianist to play a half tone up. She also marks up lyrics, changing words to fit the performer. “Get your words in your DNA. We’re talking phrasing, kids,” she tells others. “Honey, I love it that you’re smiling but open your mouth. You can get better tones,” And adds, “You sing with your ear and your mouth. Listen to yourself.” 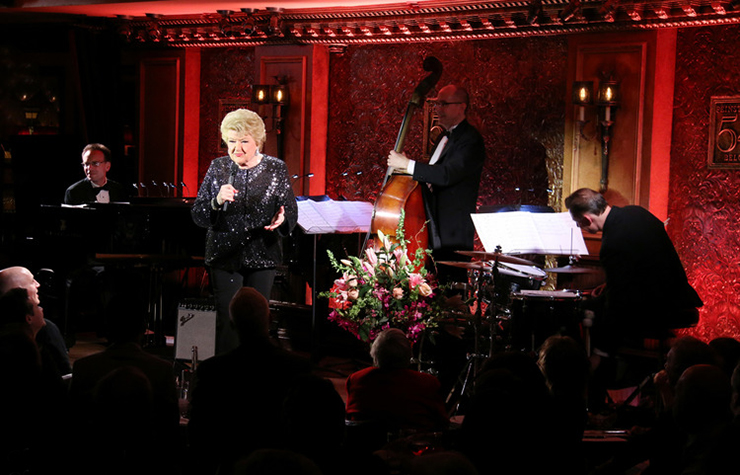 But even at 90, Maye is still learning. “Their performance shows me the things that I need to convey to them,” she says. “It’s so second nature to me. It’s automatic. But this makes me think about it and break it down.” Other advice? “Be flexible.” She closes her class singing Peggy Lee’s “I Love Being Here With You” a couple of different ways to drive home the differences in performance. “We have the luxury of doing personal communication in a night club. We can tell the people we love them.” And she does. And audiences love her!

Maye also has an engaging sense of humor, impeccable timing and phrasing and is an inspiration to the generations of talented women who attempt to follow in her huge footsteps. Her rendition of “Take Five” that features drums is incredible, not to mention her New York medley. “This is about a night club where I’ve grown up, not a cabaret,” she explains. “Retirement is not in my vocabulary. I’ve worked all my life. That’s just what I do. I must have been a strange child to be singing with a big band with I was 11. I guess I was never a child. Perhaps that’s why I haven’t grown up now.”

“I don’t have a big family (she has one daughter, Kristi) so my audience is very important to me. They’re my family. I’m doing what I love. It’s called show business and I love it. I’m sure that’s why I’ve lasted so long.”

She closes each show to a standing ovation with her mantra, “It’s Today,” by Jerry Herman. “Every day is a winner; everyday is a gift.” Audiences love her, not to mention her high kicks in her sexy bright red pants. She IS truly a master class. 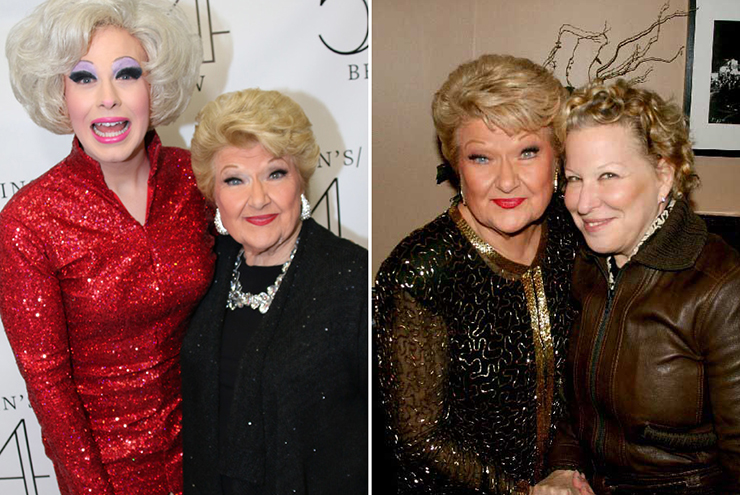 Karen Feld is an award-winning writer who wrote a syndicated column on the Washington-Hollywood connection for many years. She launched The Buzz column in The Washington Examiner and was Washington editor of the Delta Airlines in-flight magazine, and #FlyWashington Magazine.

Other articles by Karen Feld: