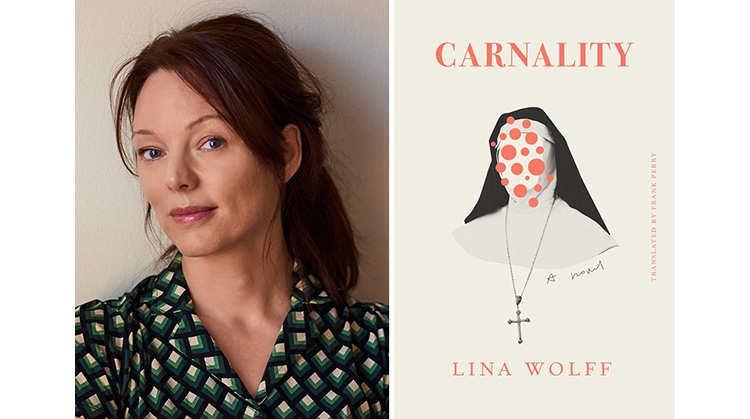 The Swedish writer Lina Wolff wears her influences on her sleeve. From Chilean modernist Roberto Bolaño, she gets her Spanish setting, winding plot, and dreamlike atmosphere; from French satirist Michel Houellebecq, her alienated, melancholic protagonist. Her central concern—whether it’s possible for contemporary men and women to have passionate, committed marriages—reaches back to D.H. Lawrence, and much further.

Not the expected antecedents of a 21st century Swedish feminist novelist.

Carnality (trans. Frank Perry; Other Press), Wolff’s latest novel—the Swedish title can also translate as The Time of the Flesh or The Time of the Meat!—gets right down to emotional bedrock. A journalist encounters a man in Madrid who tells her a haunting story about going to a strange underground webcast to save his marriage. The “counselors”—an aged nun and two mysterious figures called Miss Pink and Mr. Blue—conclude that the only way the husband can atone for his sins—he’s been repeatedly unfaithful—is literally to give his heart to his terminally ill wife.

The first half of Carnality, with the counselors probing and eviscerating their “patient” like three mad Lacanian analysts, is as intense and original as anything I’ve read in years. Later, the book wanders off into more uncertain territory—an escape to the Mediterranean, a long flashback to the Spanish Civil War—but the core of truth about the conflicting emotions that clash in marriage continues to reverberate. There’s nothing cool or minimalist about Wolff; she leaps into her material with the same passionate commitment she wishes for her characters. It may be that as her influences fade into the background, her work will become even more centered and alive. Carnality is far from a perfect novel, but its best pages are far more compelling than any other new fiction around. –George Blecher 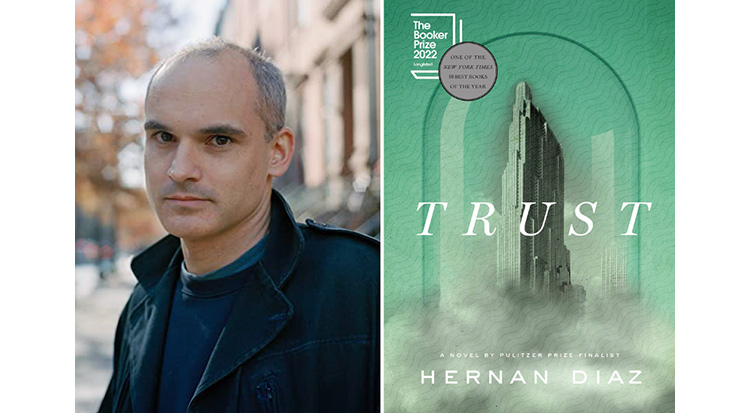 Trust, by Hernan Diaz (Riverhead Books), is a Russian-nesting-doll of a four-part novel that is not what it seems at the outset—and it’s hard to talk about the plot without spoilers. It begins in the 1920s as a novel entitled Bonds, about a financier and his wife, Benjamin and Helen Rask. Its author ostensibly was a writer named Vanner. The second part examines the first, from a different perspective, presenting a Rask-like character in expansive autobiographic mode. It looks into how tycoons like this one have anticipated the stock market crash. Diaz interprets the words trust and bonds in their various definitions. The next part begins to unpack this story in the voice of a third character—a woman named Ida Partenza, who elaborates on the Rask story and the Vanner story too. How did the wealthy achieve their status, and who is telling their story?

A short fourth part brings the tale to the great reveal, as the reader discovers the power behind the money. You might find it to be anticlimactic, but it was fun to uncover. This brilliantly clever novel examines the way wealth and status are achieved at the cost of humanity. Trust is not a book to engage your heart. It does engage the mind, especially if yours is inclined to savor richly constructed sentences. –Grace Lichtenstein 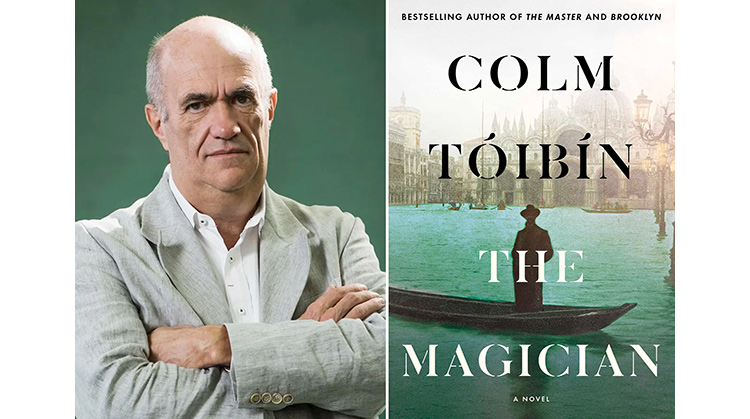 The novelist Colm Tóibín, a master of poised, pristine prose, has created a fascinating new work, The Magician (McClelland & Stewart). Not quite a novel, not quite a biography, it explores the art and life of the great German author Thomas Mann and his tumultuous and startlingly gifted family.

To begin with, Mann’s brother, Heinrich, far to the left of his wary, conservative younger sibling, wrote many successful novels, all with a Marxist slant. These included Professor Unrat, which became the basis of the film The Blue Angel, which in turn introduced Marlene Dietrich to an astonished world. Two of Thomas’ six children also became prominent authors. Klaus, an ardent leftist like Uncle Heinrich, wrote Mephisto, a searing indictment of careerism in Nazi Germany; it too became a classic film. Mann’s youngest son, Golo, perhaps the child most resentful of his father’s lofty self-absorption, also embraced the literary life and became a major historian. Mann’s two daughters were no slouches either: Erika, a much-published journalist, and Elisabeth, an internationally respected expert on maritime law. So much accomplishment, so much prominence, and yet, how unhappy they all were! Add to this potent mix of oedipal resentments and raging artistic ambitions the growing threat of the Nazi tyranny, and you’ve got enough material for five or six novels and a dozen or two films.

At first, Tóibín seems cowed by his complex subject matter and struggles to set his brilliant, brawling cast in motion. Later, though, when the family is forced to flee for their lives to America, the book broadens out, he comes into his own, and his literary gifts come to the fore. Tóibín delves deeply into his characters and their complex destinies, and weaves a moving tapestry of family life with a genius during a time of horrific suffering. –Ian Strasfogel 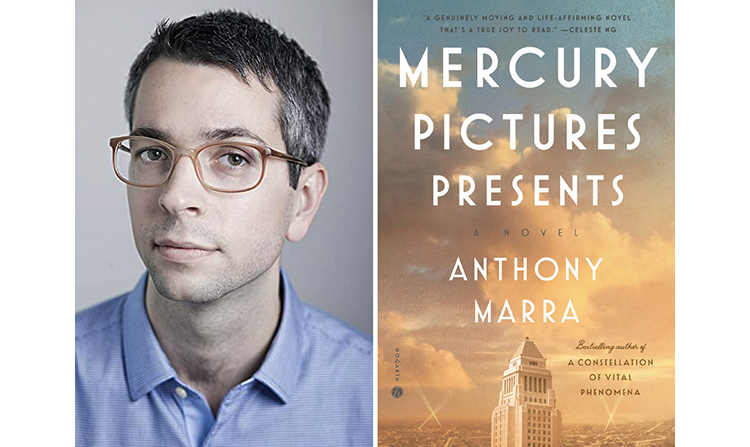 As you read the first few pages of Anthony Marra’s Mercury Pictures Presents (Hogarth/Random House), you walk into the Hollywood of summer 1941. You meet 53-year-old Artie Feldman, a man of many toupees, who runs Mercury Pictures, and 28-year-old Maria Lagana, who rose from the typing pool to be Artie’s secretary/deputy … and you assume you’re going read a comedy about the pre-World War II universe of B movies. You also think that Mercury Pictures, the film studio known for its abundance of these flicks, will be just as forgettable as the movies that unspool from its reels.

But soon the story changes and draws you in with the gravity of the tale it has to tell and with the elegance of its writing. Artie has been called to testify before Joseph Breen (the real name of the real-life chairman) of the historically accurate Motion Picture Producers and Distributors of America Production Code—a censorship organization which keeps a close watch on movies, lest they commit such offenses as showing a husband and wife sleeping in the same bed or—much worse—anything that suggests a breach in the strict regulation to portray anything that might induce America to join the war effort.

We come to learn how and why Maria fled Mussolini’s Italy with her mother, but without her father—Rome’s most prominent lawyer, who used to take her to movies on Sunday afternoons when her mother thought they were going to church, and why there are so many immigrants in Hollywood—mostly Jewish refugees and anti-Nazi dissidents. The cast may remind you of the cast of Casablanca, but this is a completely different story—or rather many stories. There is the German Anna Weber, the architect who created a miniature Berlin in the studio office. There is Eddie Lu, Maria’s boyfriend—a Chinese-American Shakespearean actor who is not permitted to play any roles other than Fu Manchu-like depictions of Japanese spies. There is Vincent Cortese, a mysterious Italian photographer. And finally, we meet Ned Feldman, Artie’s twin brother, who is the only person in the world Artie hates more than the Nazis. –Sally Wendkos Olds