Don’t just sit there complaining. Now is the time for rallying, volunteering, contributing, and defiance. 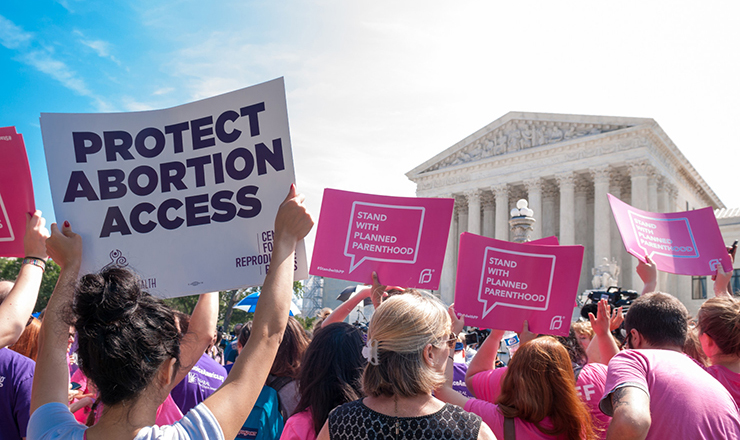 Action is the antidote to despair  —Joan Baez

Like most New Yorkers, I’ve come to the post-election conclusion that the world we’re living in is going mad. We’re in uncharted waters—a maelstrom of grotesque bombast, racism, xenophobia, immigrant-phobia, misogyny, climate change-deniers, science deniers, demagogues, free press opponents, etc., etc., etc. You get what I’m talking about. And the incoming president is leading the way: Ignorant of the responsibilities he’s won and the complexities he’s facing, it looks like he’ll excel only at using his executive power for retribution, disdaining provable facts, and filling his own and his cronies’ coffers.

So yes, I’m angry and aggrieved, like many of you reading this. But it’s up to us, particularly those of us with time, resources, and decades of experience behind us, to protect the causes under attack today—especially those we embrace. We know what issues matter—whether they concern wars that shouldn’t be waged, treaties (like NATO) that must be honored, aid to embattled Aleppo, threats to the environment, abortion rights—or, for that matter, Medicare and Social Security, both at risk in the coming years.

What’s more, women today—let’s call ourselves activistas—have got to be at the forefront of protests. “Women are so resilient and so naturally able to multitask, even when we are emotional, that we can collectively take ownership of the future,” says Linda Lockhart, founder of the Global Give Back Circle that empowers girls in Africa and Asia.

Here’s how we can act: 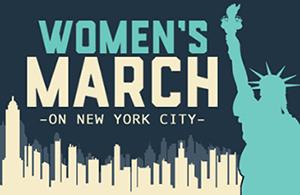 Join one of the Women’s Marches in January. Promoting “civil rights for every human, regardless of gender, race, sexual orientation, ethnicity, disability, religion or creed,” they’ll show the powers that be that we’re a force to be reckoned with. Marches are held in Washington, D.C. Parallel NYC rallies are held at various Manhattan locations, including Dag Hammarskjold Plaza and Union Square [other start locations to be decided] and culminate at Trump Tower.

The web is crawling with fake news and outright lies—including those from the president-elect: He has called journalists “disgusting,” “horrible” and “scum.” Climbing out of the post-fact universe we’ve recently entered and protecting our First Amendment Rights are absolutely vital to preserving our freedom and democracy. How best to accomplish this? Support legacy publications, including The New York Times, Washington Post, LA Times, The Nation, The Atlantic, New Yorker, New Republic and The New York Review of Books. Sure, they all have biases—but they don’t invent facts. And they offer a range of views. The Nation’s contributing editor Stephen F. Cohen, for instance, is something of a Putin defender.

I for one have continued subscribing to the print editions of these publications (which generally includes digital access too) and urge you to do the same. Why? Print journalism must survive! Print publications are scrutinized and fact-checked far more thoroughly than most sites appearing online.

In the spirit of civic engagement that goes beyond petition-signing, give generously of your money and time. Below are lists of some of the nonprofit organizations (including a few outliers) needing your help. Many of them multitask, supporting, say, voting as well as abortion rights. Many seek volunteers. All of them need financial support (which is generally tax-deductible). À propos of which, John Oliver, the irrepressible host of HBO’s Last Week Tonight, has two suggestions: 1) If you’ve got the wherewithal, check the box for recurring donations, because—as Oliver phrased it—this isn’t a short-term problem. And 2) make some of your donations in the names of relatives who supported Trump. They’ll be sent Thank You notes—which should drive them appropriately nuts! Of course, you can also make your contributions in honor or in the memory of loved ones.

With all the threats posed by the incoming administration, it can be bewildering choosing among the many groups needing support. If I’ve left out a deserving nonprofit you support, please alert NYCitywoman to this in the Comments section below this article. 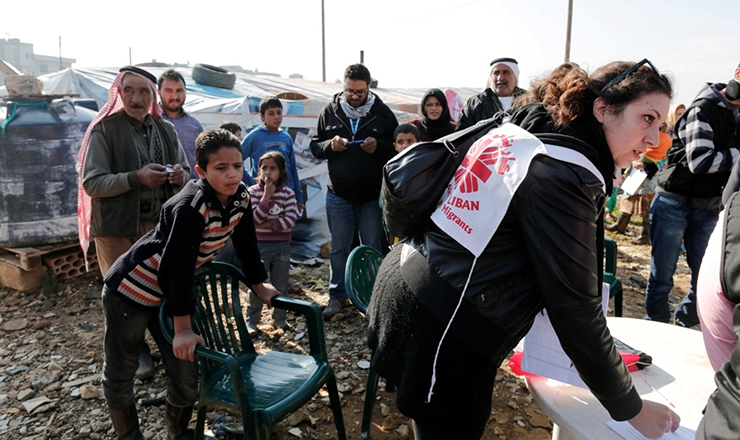 Caritas has been providing Syrian refugees with emergency assistance, initially in Lebanon and now within Syria and in Jordan.

In Aleppo, one of the world’s oldest continually inhabited cities, the entire civilian population has been trapped and traumatized by the Syrian Civil War; many have lost families due to genocide that may recur at any time. These organizations are providing nonstop lifesaving assistance:

The Armenian Relief Society, which runs individual Save a Life, Sponsor a Family, Warm Home and Hot Meal programs has been at the forefront of relief assistance. So have CARE, Caritas Syria, The International Committee of the Red Cross and Red Crescent, The International Refugee Assistance Project and The Jesuit Refugee Service.

And for assistance worldwide, consider, as well: Doctors Without Borders, Global Give Back Circle, Mercy Corps, Migrant Offshore Aid Station, Save the Children, and UNICEF.

Bold Progressives: Pressure-exerting operation that gathers support for, among many others, the Elizabeth Warren wing of the Democratic Party and fighting the use of corporate money in politics.

Center for American Progress: Monitors the populist explosion, protects public education, protects the working class in the Trump era—and does much more.

CREDO Action: Organizes activists for social change in a multitude of causes. Currently it is urging NBC to end its business relationship with Trump. 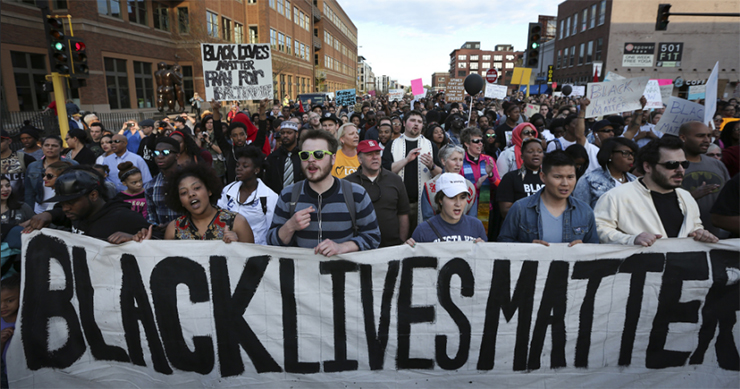 Black Lives Matter: The scrappy grassroots group that got under way after the acquittal of George Zimmerman in the shooting death of Trayvon Martin. Praised worldwide ever since for its strategically run protests and street demonstrations.

If Trump’s cabinet is approved, it is poised to hurl us into climate catastrophe. Below are some of the organizations determined to protect the future of our earth.

Bold Progressives: “The toxic strain of misogyny brings us back to the kind of struggle I had 60 years ago.” So said the Pulitzer Prize-winning cultural critic Margo Jefferson recently. Abortion rights should be of particular concern to those of us who came of age in the pre-Roe v. Wade days before 1973. As the only women alive today who lived through or witnessed the life-threatening wire-hanger horrors faced by women and girls seeking abortions back then, it’s incumbent on us senior citizens to warn Millennials and Gen Zers of what’s ahead if we lose this legislation. It’s our responsibility.

“It is clear that Washington Republicans are plotting a war on seniors. Every senior, every American, should hear this loudly and clearly.” Those are the words of Senate Minority Leader and New York State Senior Senator Chuck Schumer. This one is personal for us, ladies.

The Transition Network: A national community-based organization bringing women over age 50 together to share experiences, learn, and assist one another in going through retirement and other transitions. A sub-committee formed in the wake of the presidential election seeks to influence public policy and legislation concerning reproductive health, hate crimes, the environment, interfaith tolerance, immigration, Social Security, Medicare and Medicaid, and fake news. To join this sub-committee, contact Marticia Madory, mmadory1@verizon.net or MaryLou Floyd, maryfloyd19@aol.com.

We’ve come far in embracing gay rights and gay acceptance, and in advancing AIDS and HIV treatment and prevention. But Mike Pence as vice president—and potential president—is a threat to all the strides we’ve made.