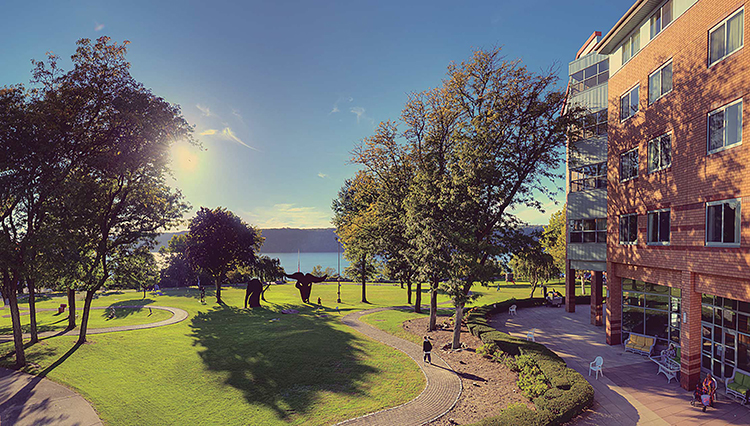 I was an only child of what were considered older parents—an artist and a homemaker in their forties when I was born. They were loving and supportive. But over and over again, my mother cautioned me that she and my father wouldn’t always be around to take care of me—and I had to learn to take care of myself.

As I matured and life happened, those words would strike a sensitive chord.

I went to college at Penn State, where I met my first love. We were to be married following graduation in 1960. But before final exams, he was killed in an auto accident. Emotionally, my life came to an end. At least that’s what it felt like. Thankfully, a dear friend urged me to join her and start a life in New York City. Though I was still in mourning, the distractions and wonders of my new home began my healing process.

I read Martin Mayer’s book Madison Avenue, USA—a hot commodity when it was published in 1958—and was seduced by what I thought would be a glamorous life in the ad business. But the first job I landed, at an ad agency, turned out to be like Mad Men, with women exploited and treated like second-class citizens.

After a year or so, I sought another career path, landing in the magazine trade, where I thrived, eventually serving as editor-in-chief of Country Living for 20 years. Then I retired in 2000.

When I was 30, my father had a massive stroke and was left half-paralyzed and unable to speak. My mother, though heroic in her care for my father, had macular degeneration, and became legally blind.

For the next nine years, I flew to Virginia, where my parents lived, every other weekend, to help them out and look after their rapidly deteriorating little house. During that period, I married and settled down in Westchester. After my father died, I moved my mother to a senior housing facility in my town. She was five minutes away. I could easily look after her until she died at age 92, in her own bed.

My marriage was not successful. I ended it and moved back to the city—into a mid-Twenties red brick building in Midtown East. Alone and childless, I began to think about my own life and wondered what I would do should aging catch up with me too and leave me debilitated. Maybe this was an obsessive way of thinking, but after experiencing the decline of both my parents, I wanted a plan for my own future.

I’d heard about co-housing—the idea of recreating the village life of the past where members of a community looked after one another. I even wrote an article about one such facility in the Seattle area, and I discovered some lovely places for seniors in Washington and Oregon. But I didn’t want to leave New York—where the idea of an independent living community was nonexistent, so far as I knew. 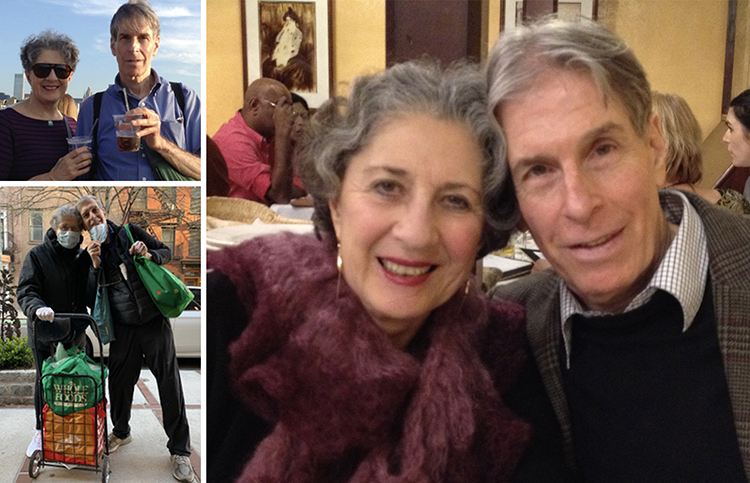 Then one day in New York, I visited the art gallery across the street from my apartment building, and much to my surprise soon fell in love with the gallery’s owner and married him. I told him of my plans for my future in the Pacific Northwest, but he wasn’t in the least bit interested in ever leaving New York.

What’s more, as the effects of global warming—the wildfires, the earthquake and tsunami threats (and this year’s heat wave)—in the Pacific Northwest became evident, I grew intent on looking for a long-term future closer to home, in a place with like-minded others and at least a modicum of care, should it be needed.

Meanwhile, I’d been hearing that independent senior living facilities—widespread elsewhere nationwide—are finally appearing in New York City. Two in operation in Manhattan are Brookdale Battery Park City and Atria West 86 on the Upper West Side. In Brooklyn Heights, the Watermark will soon open. They were possibilities—until I asked myself how different my life there would really be from my longtime residence in Midtown East? Not much.

Another option would be aging in my own apartment and eventually hiring a home health aide to live with me. That didn’t appeal either.

Then in April of 2019, a promotional piece from River’s Edge, a life care community within the city limits, arrived in the mail. At that time, I wasn’t quite sure what a life care community meant, but I called to learn more. That’s when I learned the location is in Riverdale—so I quickly assumed it had some connection with the Hebrew Home for the Aged, which is up there. Yes, responded the rep I spoke with. That’s where the campus is. River’s Edge is part of that group.

I shot back, Well, I’m Jewish but I don’t think that’s for me, because I want diversity…which is one of the reasons I love this city. The rep assured me River’s Edge—then in its early planning stages—was going to be diverse. It’s overseen by the State of New York, which mandates diversity.

So I took Metro-North—the Hudson Line—from Grand Central to Riverdale, where, along with a number of other Manhattanites, I was met at the station by a River’s Edge driver. I made note that the train ride was only 20 minutes long. The walk from the station would add another 8 minutes.

It was right on the Hudson facing the Palisades. Location? Excellent!

The building where we were to meet was set in the middle of a parklike sculpture garden, and I could see trails leading into the woods on either side. I’d long known about the art collection at the Hebrew Home’s gallery…Warhols, Chagalls, Picassos. This sculpture garden was an extension of that collection. The building where we met was to be razed, and an 11-story independent living facility would take its place.

This was looking very interesting to me. Surrounded by art? Excellent! I’d taken up painting and was enthused.

Once in the meeting room, I noticed interested parties of all colors and stripes—singles, couples, one or two with walkers.

A representative began her presentation. But as I recall, she first asked a question of the attendees. Why were we here? Never one to keep quiet, I raised my hand, explaining that I have no kids to look after me and I want to age in a community. Several other said they never want to cook again, or they don’t want to be a burden to their children.

The representative then compared the costs of aging at home in Manhattan, overseen by a caregiver, with those at River’s Edge. The latter would be less expensive.

And she explained what this life care community would be. River’s Edge will have four levels of living, depending upon the state of each resident’s physical and mental health: Independent living, which, in our case, meant an apartment with one or two bedrooms, some with a terrace, with a fully equipped kitchen, washer, dryer, etc.—basically the kind of apartment we’re used to. But this building would be entirely new, would have a world-class gym, pool, spa, yoga room, theater, etc. etc. etc. and a grand dining room with a flexible meal plan. There will also be several gourmet restaurants, a coffee bar, and a deli. Not to mention an art room for painting, a library…and at this point I stopped making checks. I didn’t need to hear any more. I said to myself, This is it, exactly what I want. I’d found my future!

The rep also described the other levels: assisted living. skilled nursing care, and memory care, which is the polite description for overseeing those with Alzheimer’s, advanced Parkinson’s, or other highly debilitating conditions. To my way of thinking, this was a place where, SHOULD I NEED IT, I would be taken care of.

I put down a small deposit to become a prime member and got my number. Being a prime member meant having priority in choosing an apartment and being included in a series of cultural events in the city and, as happened during Covid, online events featuring prominent speakers from museums and the entertainment world. We were also given a tour of the Wave Hill Public Garden & Cultural Center, which is practically adjacent to River’s Edge.

Next, I had to present the idea to my husband. His initial response was less than enthusiastic, reminding me of the reaction from so many others when I presented my plan to them: they viewed this facility as a place where the old and frail wait to die.

But I was so impressed with what was offered and the fact that it would be close enough to Manhattan to continue my ready access to museums, theaters, and the art school I’d been attending. Well, I could not stop talking about it—both to him and to my friends.

He finally agreed to have a look. So up we went on the train. I kept my mouth shut and allowed him to just listen to the presentation. Halfway through, he turned to me and said, it makes a lot of sense. So he was on board. I was thrilled and relieved.

Then a close friend, also married without children, literally dragged her husband up to River’s Edge. His positive reaction was even faster than my husband’s. He was a country boy, and when he took one look across the Hudson at the Palisades, he said that was a view he could live with.

So we’d move there with friends. This was getting better all the time. But that wasn’t the end of it. I’ve since learned that many of those who’ve signed on are Manhattanites, just like us, wanting a place where we could still enjoy the advantages of our city but not worry about being taken care of as we age, or becoming a burden to our children. Or never having to cook or clean again.

Occupancy at River’s Edge is scheduled for January 2024. I’m eagerly looking forward to the next phase of my life there.

. . . . . . . . . . . .
A long-time New Yorker, Rachel Newman was a founding editor of Country Living, and that magazine’s editor-in-chief for 20 years. Currently, she spends time as a landscape and still life painter.