Taking it Slow: France at 5 mph

Looking for a unique voyage that will satisfy your lust for new adventures and great food? 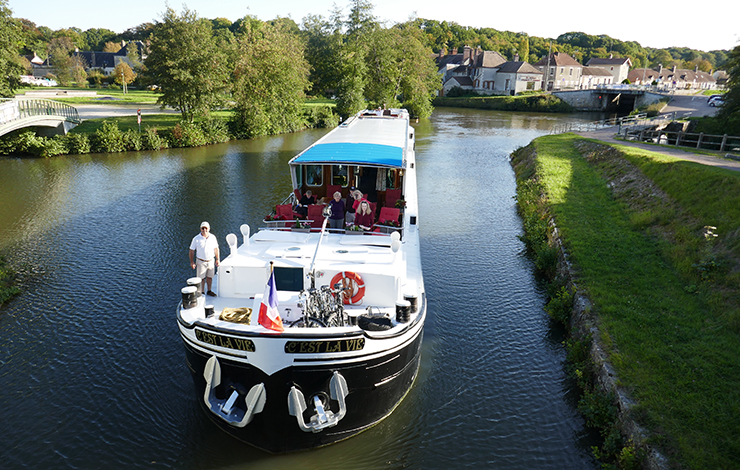 You’ve probably heard about the slow fashion movement which embraces natural fibers and humane labor. And slow food. No, that doesn’t mean your waitperson is having a meltdown in the kitchen while you wait for eternity for your lamb chops. It means food that’s locally sourced and environmentally friendly. But what about slow vacations?

That’s what I had in mind when I contacted Barge Lady Cruises, a family-run company that specializes exclusively in French and European canal barges. The owner, Ellen Sack, explained that ninety percent of her barge cruises are private charters for families and groups of four to ten friends. With Sack’s help, I selected a cruise of the Upper Loire. Our party of four couples was chauffeured two hours south of Paris, far from the crush of city crowds and traffic, to the aptly named C’est La Vie, a 126-foot barge docked in Sancerre.

Since when is reality an improvement on a vacation brochure? Our cabins were larger than the images on the Barge Lady website. The bathrooms were drop dead. Circular glass shower stalls. Gleaming cabinetry. Heated towel racks. YES! She said YES!

For one week, all I could hear was the soft purr of the engine, the gentle lapping of water along the canal’s edge as we glided along at five miles per hour. Above, a cerulean blue sky with puffy white clouds. On either side, green pastures dotted with white cows. Occasionally, a family of ducks or swans trailed after us, hoping for a crust of baguette. Thanks to intermittent WiFi, it was impossible to follow the roller coaster politics of home, the stock market or NFL scores. For some, that caused toxic shock. For me? It was bliss. 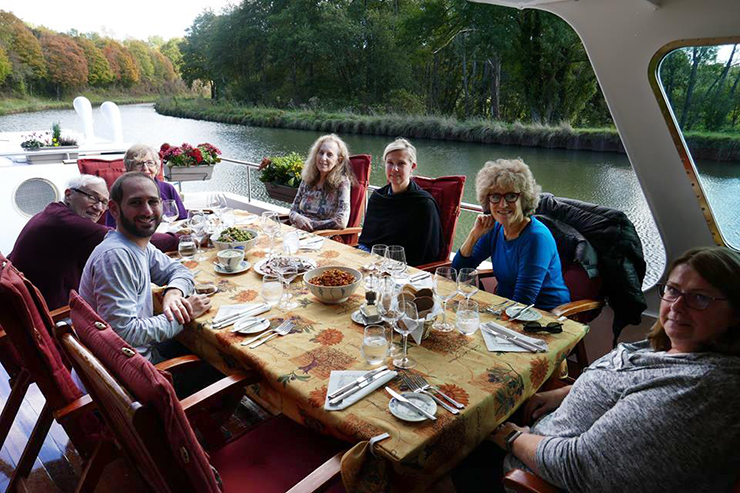 Speaking of bliss, when is the last time a private chef appeared at the head of your table every lunch and dinner and described the gourmet delicacies prepared for your pleasure? Duck Foie Gras, Pumpkin Veloute, Rack of Lamb, Filet Mignon of Pork. And oh the cheeses! Twice a day, we were dazzled by tastings of Brillat-Savarin, Reblochon, Saint Nectare and a Roquefort so subtle it bore no resemblance to that crumpled stuff served on salads back home. The desserts? I blush to recall a Dark Chocolate Ganache the size of a baseball, Poached Pear coated in Dark Chocolate with Homemade Vanilla Ice Cream and a Grand Marnier Souffle that tasted like clouds. 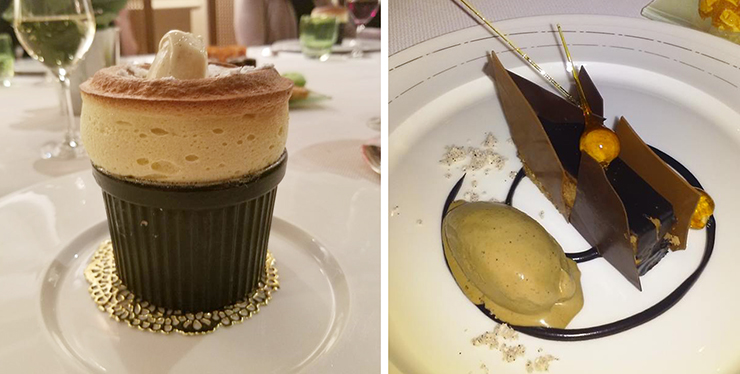 I know what you’re thinking. It sounds like a floating Bar Mitzvah. Just when you think you can’t eat another bite, out comes the chef with a flaming dessert! Not to worry. Every mile or two, there’s a canal lock, an ingenious system invented by Leonardo da Vinci, which allows barges to move from level of water to another. At each lock, you have an opportunity to jump ship and take a brisk walk along the tow path or borrow one of the barge’s 21-speed bikes.

Another way to work off all that farm fresh butter adhering to your thighs is to take guided tours of local sites, led by the captain’s wife. (Yes, she speaks English, as does everyone in the crew.) We visited the Henri Bourgeois Winery in Sancerre, a thousand-year-old Chateau, an historic tableware factory and a confectionary shop that claimed to have invented the bon bon. My favorite site? The elegant Briare Aqueduct designed by Gustave Eiffel which rises thirty feet over the Loire River.

You know how servants on Downton Abbey are never to be seen? I never saw a crew member clean my spacious, beautifully appointed cabin. But every time I returned, it looked as if the dust had not been allowed to settle. There were fresh roses, snowy white towels and fluffed pillows. I suppose, if I had “staff” at home, this would not come as a surprise. But, believe me, the dust bunnies in my home have to become rhinos before I even think of vacuuming. 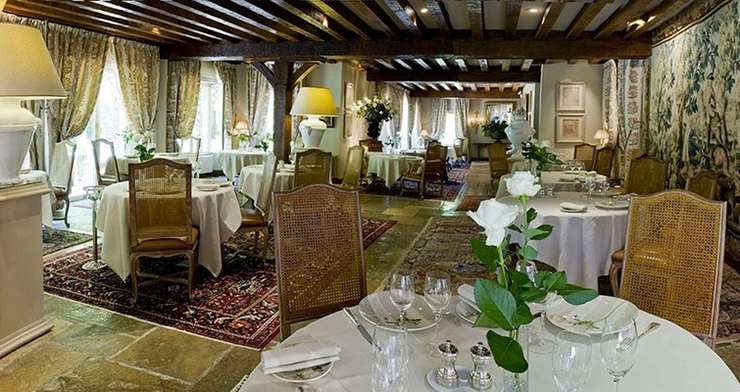 As if I hadn’t been as stuffed as a Christmas goose, toward the end of the cruise we were taken to Auberge des Templiers, a Michelin-rated gourmet restaurant and hotel. It reminded me of the impossibly romantic country restaurants in French films. Following Champagne cocktails, I had to choose between Rack of Lamb and Lobster, between Chocolate Dacquoise and Grand Marnier Souffle. They might as well have asked me to choose between George Clooney and Hugh Jackman.

After six days, our voyage ended in Montargis, a charming town containing 130 flower-bedecked canal bridges. If we had driven by car, our week-long voyage would’ve taken just one hour. But, as I said, this was about slowing down. Ultimately, French barge cruises are a form of meditation, indulging the senses and rediscovering the quiet pleasures at five miles per hour.

For a 7 day/6 night Barge Lady Cruise in a cabin with a private bath, all meals, wine, open bar and excursions: prices are $6,695 per person double occupancy (with a $3,695 single occupancy supplement) to $55,900 for a private cruise accommodating 8 guests. For more information, go t0 the website: Barge Lady Cruises C’est la Vie.

Stacia Friedman is an award-winning Philadelphia-based journalist who writes on health and lifestyle for regional and national magazines. She also contributes humorous essays to NewsWorks.org and PurpleClover.com.

You may enjoy other NYCitywoman stories by Stacia Friedman

Because I’m Worth It: Going Gray in Style