Six Books to Read in October

Featured this month, Washington Black, a slave’s journey and the ambiguity of freedom, short-listed for the Booker prize; Give Me Your Hand, a mesmerizing thriller about the toxic friendship of two women scientists; and Forest Dark, a novel about two New Yorkers on quests in Israel. 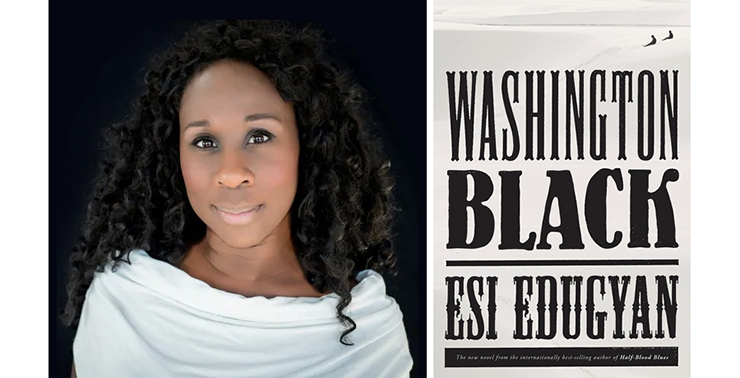 Washington Black by Esi Edugyan. Short-listed for the Booker Prize. This Canadian author has constructed a “slave narrative” like no other, in gorgeous prose. Her protagonist—nicknamed Wash—escapes from a sugar plantation in Barbados in a hot air balloon in 1830 with the kinder brother of his cruel master who has recognized his intelligence, taught him to read and made him his assistant. A gifted sketch artist, Wash wends his way to the Arctic, Nova Scotia, England and beyond, searching for his identity in a psychologically acute adventure story. —Grace Lichtenstein 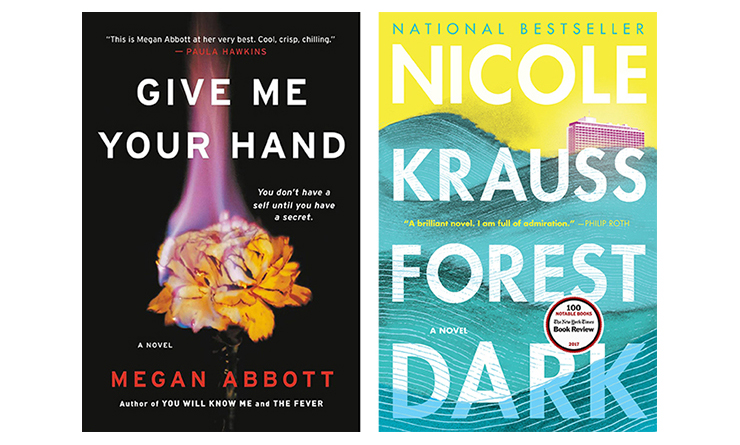 On a recent transatlantic flight I was seated in Row 34F, scrunched against the window and immobilized by the backrest of the passenger in front of me. Fortunately I had a copy of Give Me Your Hand, a suspenseful new thriller by Megan Abbott about the unlikely and toxic friendship between two women who meet in high school and reconnect in the world of scientific research, where each is on the way to becoming a superstar. But a secret, shared earlier, stands in the way. Beautifully crafted and tautly written, this novel had me sitting on the edge of my seat—and not minding it at all. –Claire Berman

Nicole Krauss’s tricky, superbly written Forest Dark alternates the tales of two New Yorkers seeking renewal in Israel: a larger-than-life retired lawyer and a successful, ruminative novelist named Nicole. Phantasmagoria occurs throughout. Franz Kafka is evoked and Alan Dershowitz appears, as does a Palestinian child mysteriously given the lawyer’s overcoat and cell phone (i.e., his identity). The novel ends with Nicole at that Brutalist monolith perched along the eastern Mediterranean—the Tel Aviv Hilton—before returning home. Or did she never leave Brooklyn at all? Like Lisa Halliday in her double novel Asymmetry, Krauss employs the self-referential novelist-writing-a-novel structure to illustrate the transformative power of fiction. –Linda Dyett 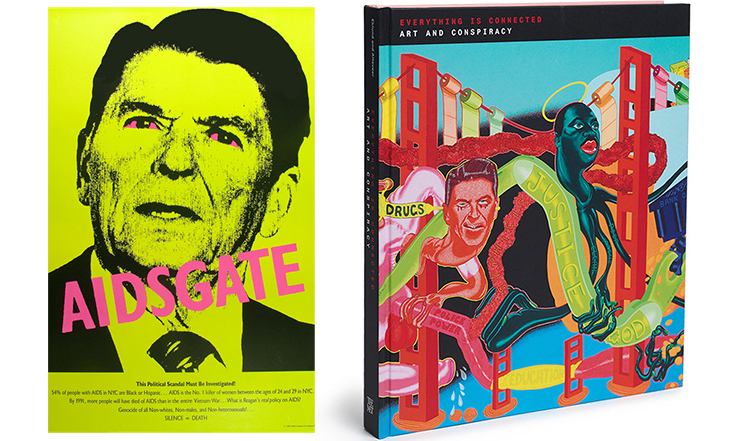 The Met Breuer’s show Everything is Connected: Art and Conspiracy is big and deep—so big and so deep that the catalogue is a must read for viewers. Works by 30 artists “render things visually in a way that journalism can’t,” co-curator Doug Eklund notes, uncovering layers of deceit about events ranging from JFK’s assassination to the Vietnam War to 9/11 up to the election of Trump. Essays by the curators and others take deep dives into the subject of conspiracy and media manipulation, the many ways artists and citizens respond—and the price they pay. (In 1971, Hans Haacke’s elaborate grids of the holdings of Manhattan real-estate developers so infuriated the Guggenheim Museum’s board that they cancelled Haack’s solo show.) –Suzanne Charlé 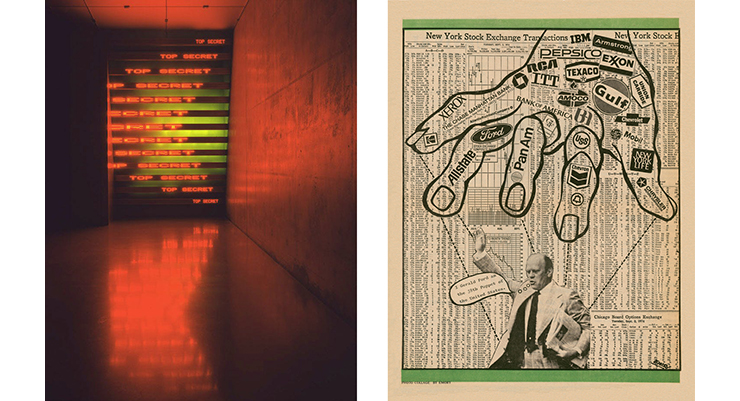 For those of us who indulge in mysteries and would like to indulge in a Michelin-3-star meal at a remote restaurant in France, Blowback by Peter May should be on your reading menu. Featuring the Scottish-Italian former forensic scientist Enzo Macleod, it delves into the rumors surrounding the celebrated French chef Marc Frayssejust before he was murdered seven years earlier and offers a tantalizing list of possible suspects in a complex web of relationships. Fun to read and to salivate over. –Sally Wendkos Olds 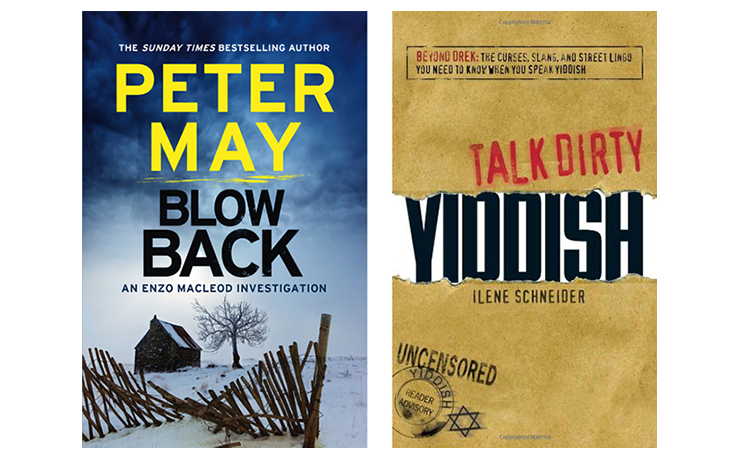 If you have run out of words to describe your feelings about politics, the price of theater tickets or your daughter-in-law’s cooking, have I got a book for you! Talk Dirty in Yiddish by Ilene Schneider, will enable you to articulate your inner angst with surgical precision. No other language offers as many inventive curses, comical expressions and hilarious witticisms. You may know what a shmear is, but how about forshpeis or geshmakt? Each Yiddish word or expression is followed by an example of how to use it in English conversation. Why tell your annoying neighbor to pick up after her incontinent cockapoo when you can sweetly tell her (in Yiddish) to be a chandelier…hang by day and burn by night. Who would write such a book? A rabbi, of course! –Stacia Friedman