Reinventing Your Career After Retirement

Retirement can be a golden time to challenge yourself and develop a fulfilling second career. 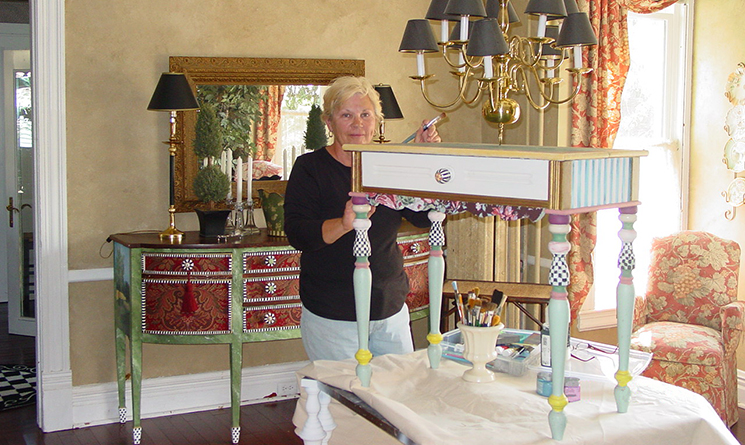 I recently retired from a job teaching at California State University, a job that I liked very much, to pursue my lifelong goal of working full time as a writer. Still happily married and the mother of grown children, I am currently polishing a novel that I wrote while I was teaching, developing a script for a documentary film, and doing research about women in their 50’s and 60’s who decided to change professions.

Six months into what some friends consider my “retirement,” one woman tells me I am being “entirely too productive,” that I should tend to my garden, go to concerts, and enjoy the modest pension I receive. Well, the sunflower seeds I planted in May have become tall leafy stalks, reaching higher every day, and I’m doing the same. If it is financially feasible, many of us owe it to ourselves to “retire” so that we can get to work pursuing the occupation that we’ve always dreamed about.

New York City native Hazel Greenberg knows what I’m talking about. In 2006, after twenty-four years of teaching English at a community college in Houston, Texas, she found that her heart was increasingly drawn to the plight of her four-legged friends. While teaching, she had been trying to juggle a part-time job writing grant proposals on behalf of animal rights and she finally took an early retirement, followed her heart, and “went full time for the animals.”

Hazel went into teaching because of her love of literature and, she explains, “the desire to make a difference by inspiring students to love it too. Also, I was grateful for the teachers who really inspired me, and I wanted to pass that on. I went into it with a great deal of idealism.” But the pressure to go easy on her students and just pass them irrespective of how well they performed was demoralizing. So when an early retirement package became available to her at the age of 61, she accepted it and set out to find full-time employment in the animal protection field.

“Leaving teaching was a big deal to me,” Hazel recalls. “But I didn’t see retirement as not working. I would find it very difficult to do nothing resembling work.” After writing letters to animal welfare groups all over the country, she was delighted when a position for a full-time grant writer opened with the local Spay Neuter Assistance Program (SNAP), an organization in Houston where she had been working part time.

“For the first time in six years, I had only one job to put too many hours into instead of two, and I work almost entirely from home, have little hassling with traffic and gas, and I get to be home with my cats. Most important, helping animals is a calling for me. In our mobile clinics that travel to low-income neighborhoods, we are providing free spay-neuter services and rabies vaccinations.” Finally, Hazel is working at a job that isn’t asking her to compromise her principles, but allowing her to live by them.

A 2006 Pew Research Center survey found that 77% of workers—and 85% of those who worked in a school setting—expected to work for pay after retirement. A 2010 Employee Benefit Research Institute survey had similar results. And, according to the Pew survey, women are ahead of the curve, being less likely than men to name a specific age for retirement. The women I interviewed certainly support that finding. In their 50’s and 60’s, they’re raring to go!

Renee C., a divorced mother in her mid-50’s, always dreamed of teaching English on the college level. After working for 25 years as a Probation Officer, a counselor with at-risk youth, and a Criminal Justice Program Instructor, she started thinking about the Ph.D. that she had never had time to pursue. She still didn’t qualify for full pension benefits, but “it was now or never.”

Since both children were grown and out of the house, Renee studied for the Graduate Record Exams (GRE’s) and did well enough to apply to some top-notch doctoral programs. After being accepted as a Teaching Assistant at a highly regarded research university in California, she liquidated most of her belongings, packed up a U-Haul, and set out.

“I moved 3,000 miles from where I had lived my entire adult life. I had a family in California, which made the transition easier, but I also went from earning a decent paycheck and owning a home to renting a tiny one-bedroom apartment. I also had to give up shopping—which had always been like a second job! Instead of spending Saturdays at the mall, I was in the library.”

Being a student again was the toughest part for her. “It was difficult being older than everyone—students and teachers, alike. And I was very self-conscious about going to Student Health, instead of my own doctor.”

But Renee pressed on. After four years, she got her Ph.D. and then, in the middle of a nationwide economic downturn, it was time to embark on a job search. “I was 60 years old. Believe me, people weren’t banging down my door.” After sending scores of applications around the country and getting little encouragement, the institution that had been nurturing her hired her as a full-time lecturer. She was, and remains, ecstatic.

“As trite as it sounds,” she says, “I’m living the dream, my dream. I am much more independent than I was in my previous teaching job. I can swear occasionally without fear of being fired, and most of all, I love the intellectual challenge. Interacting with bright young people keeps me sharp.”

Of course, teachers aren’t the only women exploring their employment options following decades at a job. Mary Poxon practiced dentistry for thirty years before musculoskeletal problems, common among dentists, forced her to pack in the drill. But that didn’t mean she was done helping people. After “dialing down my lifestyle,” she entered a five-year training program in Yoga therapy and converted her garage into a Yoga studio, where she works with clients who have chronic pain, dysfunctional movement, and breathing problems.

Pat LeBaron knew it was time for a change when she was in her late 40s. After twenty years of being an Art Director at two advertising agencies, she followed her strong religious feelings and applied to Seminary School. At age 50, she enrolled. It would take her four years to complete the course work—which included learning Greek and Hebrew—and “most of the other students were in their twenties. I was their mothers’ age!” Writing all the required papers was a challenge, too: “I had been an Art Director, not a wordsmith.” But with the support of family and friends, and $80,000 worth of student loans, Pat passed all five exams required for ordination in the Presbyterian Church. In 2007 she graduated with her M.Div. with a concentration in Worship, Theology and the Arts.

In 2009, she was accepted into a two-year Chaplain Residency and she is now Hospice Chaplain at a care facility in Washington State. “You might say it took me ten years to prepare for this new career!” A career she began when she was 50!

Bonnie Farnsworth, a grandmother in upstate New York, loved working on the road selling contact lenses and training eye doctors in their correct use, but, she explains, “I had this pang in my heart, to create.” Over the years, she took classes in sewing, painting, and decorating, and one day in her mid-sixties she realized it was time to follow her artistic leanings. For the past year, Bonnie has been painting vintage furniture and working on commission with individual customers and three decorator shops. “I no longer receive a dependable salary, but I’ve found that if I can make a customer smile, the income will follow. I’m so glad I took the chance, and I think it’s time now to branch out and start a blog and look into Internet sales. Who would have thought?”

Who would have thought, indeed! In connection with my research, I was also in touch with an ex-dancer turned psychotherapist and a former Hollywood costume designer now selling real estate in Westchester. Retire? Many of us don’t have time for that; we’re busy reinventing ourselves, spreading our multi-faceted wings to reach for the sky—much like those sunflowers I’m going to go out and water this very minute.

Elyce Wakerman is the author of the novels, A Tale of Two Citizens; Father Loss: Daughters Discuss Life, Love, and Why Losing A Dad Means So Much; and Air Powered: The Art of the Airbrush. Her essays and feature articles have appeared in The Los Angeles Times, The Jewish Journal, and numerous magazines.