If you are like me, you are knowledgeable about the accomplishments of women such as Eleanor Roosevelt, Marie Curry and Emily Bronte. But you may be less well-informed about the achievements of other extraordinary women in history such as Patsy Southgate, Christiana Figueres and Ntozake Shange.

This is about to change, thanks, in part, to the work of 365 Women a Year: A Playwriting Project, a group to which I belong that consists of some 200 women playwrights from the U.S. and abroad. Members are writers of various levels, but we all aim to increase public awareness of notable women by writing one act plays about them and, as female playwrights are under-represented, we are fighting for the production and publication of our work.

How does 365 Women a Year work? At the beginning of the year, each playwright selects one or two historical women and commits to writing a play about either one or both of these women by the end of the calendar year. When the play is completed the writer submits her work to a database maintained by organizer Jess Eisenberg Chamblee.

Chamblee catalogs the plays by title, name, length and the occupation and date of birth of the protagonist. She then posts news about the progress of the play on her blog (365womenayear.wordpress.com). There are currently more than 300 plays listed in the database, ranging from works about activist Aung San Suu Kyi and Girl Scout founder Juliette Gordon Low, to astronaut Mae C. Jemison.

365 Women-a-Year is also affiliated with the Women in the Arts and Media Coalition, making it possible for members to promote their plays at the coalition’s events and forums. Most plays are related to women’s voices as well as women’s issues in the performing arts and media.

Over the past five years I’ve worked with playwrights in the New York City area to create free readings. These are usually held in March to honor Women’s History Month. These readings are typically ten-minutes long and invite female directors to stage our work. The theaters that donate or rent space are almost always filled to capacity. Audiences, we hope, leave with a new understanding of women ranging from Beatrix Potter to Butterfly McQueen.

In the early years of our project, I wrote short plays about well-known women, notably artist Georgia O’Keeffe (1887 to 1986) and dancer/choreographer Agnes de Mille (1905 to 1993), aiming to inform audiences about the little-known aspects of my subjects’ lives. Lately, I’ve challenged myself to write about less well-known women, such as Dr. Virginia Apgar, a pediatric anesthesiologist born in 1909 who created a scoring sheet to assess the health of a newborn child. (The checklist is still used in hospitals today. Dr. Apgar was a New Yorker who wrote over 60 articles as well as the book, Is My Baby All Right?)

Other subjects from my playwriting colleagues:

Barbara Kahn recently presented a scene from The Three-Mile Limit, a full-length play about Florence Mills, an African American singer and dancer who died in 1927. Another play, Blood Sisters by Robin Rice, about the 2003 trial of three nuns, Sister Ardeth Platte, Sister Jackie Marie Hudson and Sister Carol Gilbert, who defaced a nuclear missile silo cover in an anti-war protest.

As for the three women named earlier in this piece? Who are they and what have they done?

Patsy Southgate (1928 to 1998) was a writer who established a writer’s colony on Eastern Long Island. She herself lived in both Paris and New York City.

Ntozake Shange (born 1948) a New York City writer that has a following for her works that include the well-known 1975 Obie Award play For Colored Girls Who Have Considered Suicide/When the Rainbow is Enough. Shange is also a poet, essayist, novelist, and children’s book author.

Interested in getting involved in the 365 project? If you are a writer, stake your claim to a notable woman in history and get busy researching and writing your play. If you would like to attend one of our staged readings, check our 365 Women a Year Facebook page for dates and times. And if you would like to produce one or more of our plays, write to 365womenayear@gmail.com. Be sure to include the name of the play as well as your own name in the subject line or body of the email. 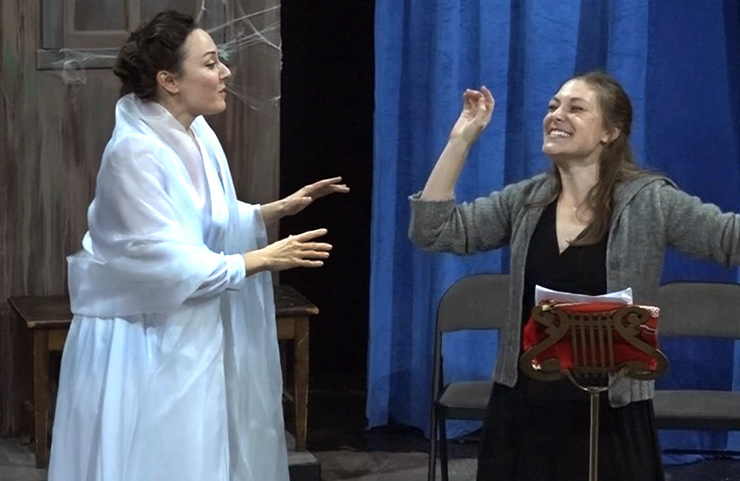 A Sampling of Plays by New York Playwrights

The Past is Still Ahead, about Marina Tsvetaeva (1892 to 1941), a controversial Russian poet, written by Sophia Romma.

Portrait of Mabel, about Mabel Dodge Luhan (1879 to 1962). Dodge was a wealthy patron of the arts, written by Karin Diann Williams.

Rhonda Badonda: The Adventures of a Girl with a Pain in Her Brain and Valerie David’s The Pink Hulk, were performed. Both at Goddard Riverside Community Center, Bernie Wohl Center, 647 Columbus Avenue at 92 Street. 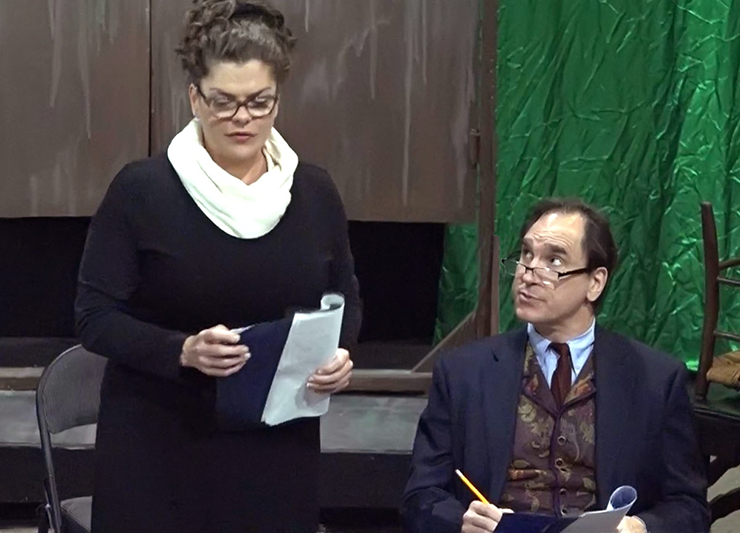