Our July book reviews (and one non-review) couldn’t be timelier. The topics are racism, pandemics, and the very act of reading while under quarantine. 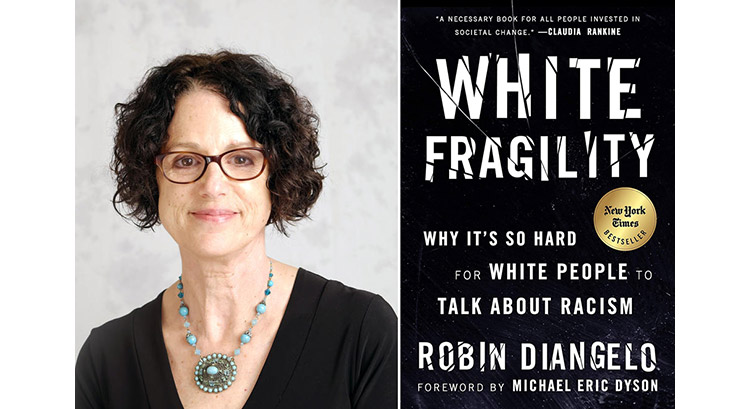 . . . . . . . . . . . .
Sociologist Robin DiAngelo’s 2018 book White Fragility: Why It’s So Hard for White People to Talk about Race is now number 1 on the New York Times nonfiction paperback bestseller list. The author is one of a number of people who conduct sessions in “antiracism training,” in which a leader offers consciousness-raising sessions for white people on how their whiteness has shaped their entire lives and given them advantages they never even think about. I found that the book tends to create the same kind of defensiveness in readers that the training elicits in many “progressive” white people. While DiAngelo makes the point that every white person is a racist because of all the unearned advantages they (we) take for granted, her few examples and anecdotes are buried in overly academic prose. It’s a slog getting through much of the book (and I am accustomed to reading abstruse journals). I would recommend starting at the relatively straightforward Chapter 9, reading till the end, and then going back to the beginning, to fill out the book’s argument. (Beacon Press) –Sally Wendkos Olds 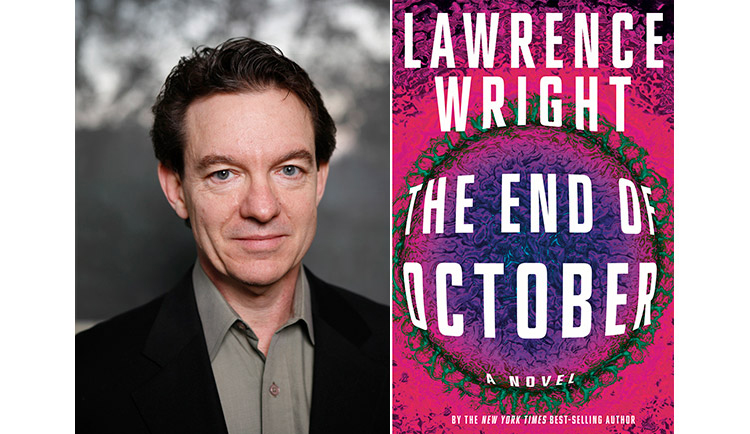 The End of October by Lawrence Wright, author of The Looming Tower (the best book about the roots of 9/11) is a terrifying novel, ripped, as they used to say, from today’s headlines…except the book was written before the pandemic entered our consciousness. Imagine an intrepid epidemiologist who investigates an Asian killer virus that soon spreads, first to the Middle East and soon to the rest of the world. His wife, a teacher, is stuck in Atlanta with their kids. Visiting a natural history museum with her class, she is asked what killed off the mighty woolly mammoths. “We really don’t know,” she replies. Soon, the virus kills off millions of humans; governments begin to break down. The whirlwind plot is backed by research, informatively rendered. Who dares to read this? I did, right to the finale, which is emphatically not like any solution that has yet been proposed for today’s coronavirus outbreak. (Knopf)  –Grace Lichtenstein 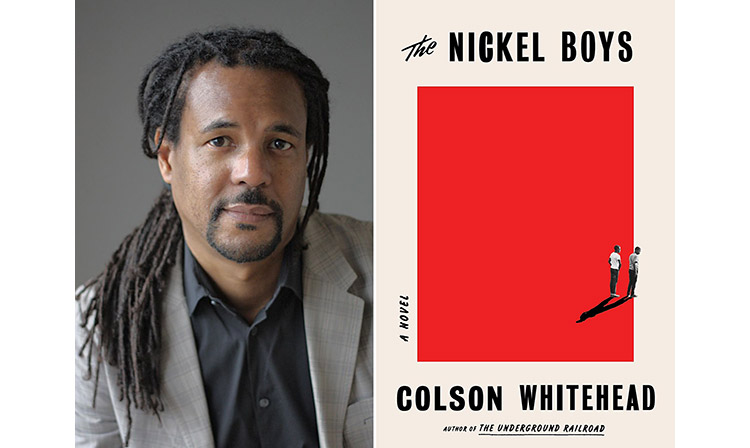 In May, Colson Whitehead became the first writer to be awarded Pulitzers for back-to-back novels. Underground Railroad—a strikingly original slave narrative that transforms the escape network into a subterranean train system—won in 2017. In The Nickel Boys—awarded the 2020 prize—Whitehead continues to explore America’s long and painful history of racism, this time unearthing the horrors sanctioned and codified during the Jim Crow era by authorities and “upstanding” citizens.

At the heart of this riveting and unsparing tale is Elwood Curtis, raised by his grandmother in the time of Brown v. Board of Education. Smart, hardworking, idealistic, the black teenager is awarded a place in advanced classes at a local “colored” college. To get to his first day of classes early, he hitchhikes rather than walk; the car is pulled over and with it, his dreams. An unwitting passenger in a stolen car, he sentenced to a reform school, the Trevor Nickel Academy.

Inside Nickel, Elwood, ever solid and upstanding, is determined to follow the words of his hero, Martin Luther King Jr., to transform degradation into action: “It will enrich your spirit as nothing else can.” “I am stuck here, but I’ll make the best of it, Elwood told himself, and I’ll make it brief.”

But throughout its century-long history, Nickel existed solely to break spirits. Collared as a troublemaker for defending a young boy from bullies, Ellwood is dragged in the dark of the night to “the White House”, a work shed turned into a torture chamber. There, the superintendent strikes Elwood so many times with a three-foot long strap (called Black Beauty) that he passes out and is taken to the hospital. “You got to quit that eager-beaver shit, El,” warns Turner, a new friend who is as skeptically realistic as Elwood is idealistic.

Blacks and whites are segregated at the “school.” All are treated viciously, though the blacks eat even less than the whites, their food supplies sold for the profit of the supervisors; the boys are forced to make the clandestine deliveries. Even scheduled boxing matches are rigged, and missteps or misunderstandings of the authorities’ desires have disastrous, even fatal results: “White men took him out back.…he never returned.”

Whitehead explains that The Nickel Boys was inspired by stories in the Tampa Bay Times about the Dozier School for Boys in Marianna, Florida. After it was forced to close in 2011, a University of South Florida archeology professor and students embarked on a multi-year forensic study that revealed unmarked graves of at least 51 boys and over 100 unrecorded deaths. The archeologists are still at work to this day, unearthing the horrors, despite local pushback. Nor is Dozier the only site. As Elwood reminds us toward the end of The Nickel Boys: “If there was one, there were hundreds, hundreds…scattered across the land like pain factories.” They will be exhumed only if there is “anyone who cares to listen.”

On July 4th, as tens of thousands across America peacefully protested inequities, President Trump railed about “angry mobs”…“attacking our country…under the banner of social justice.” “Their goal is not a better America,” he darkly warned. “Their goal is to end America.”

At this critical juncture in our nation’s history, as the Black Lives Matter and MeToo movements call out the abuses of the white power structure, it is clear Trump and others will not give up their privileges without a fight. We must “care to listen”; we must act, and we must vote.

And, thanks to the New York Public Library and WNYC, we can join in tomorrow night (Wednesday, July 29) at 7 pm as Whitehead talks about The Nickel Boys, this month’s virtual book club title. (Doubleday, hardcover; Penguin/Random House paperback) –Suzanne Charlé

. . . . . . . . . . . .
Rather than submit a book review for this July roundup, I’m offering a couple of discoveries about reading that I’ve made since March 20th, when I firmly closed my apartment door and went into sequestration. Reading tips: 1) I discovered a new library—my bookshelves. We all have them, as the many televised interviews of people in their own homes [think Biden] make clear. So I revisited my bookshelves and have been re-reading Pride and Prejudice and Azar Nafisi’s Reading Lolita in Tehran. Now I’m looking forward [backward?] to The Wapshot Chronicle, my next choice.

Reading Tip 2: Ella, my soon-to-be eight-year-old granddaughter lives in Bethesda, MD. We’re in New York. To bridge the distance and spend quality time together, I set up a regular reading time when we communicate over Zoom. I read a few chapters of a chosen book to her and then we break off into chat time. Thus far, we’ve read Stuart Little, a couple of books in the Little House on the Prairie series (the book’s treatment of the Indians led to a discussion of racism and Native Americans). We’re now into Black Beauty. –Claire Berman
. . . . . . . . . . . .