Extraordinary museums are just waiting to be discovered across the pond—The Museum of Brands or the Anaesthesia Heritage Center, anyone? 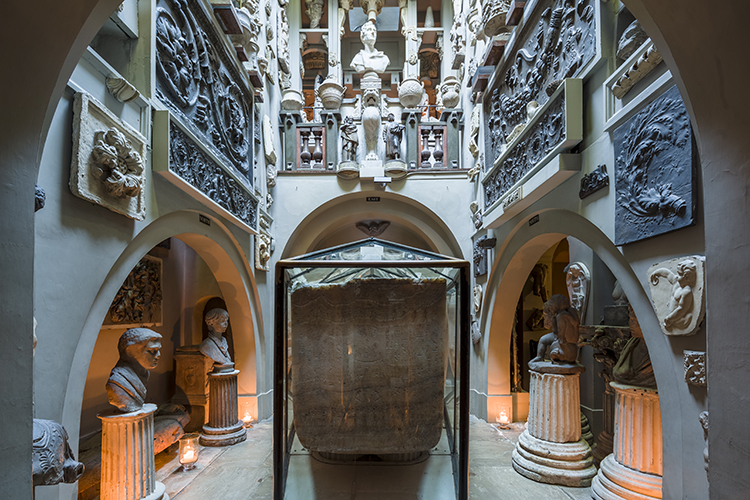 When I made my first trip to Bangkok in 2014, I had a singularly knowledgeable guide, improbably named Diamond, and he was, indeed, a jewel. On our last day together, as we sped back to my hotel in a cab, I spied the Bangkok Seashell Museum! “Oh, Diamond, why didn’t we visit that museum?” He explained that it was hardly on anyone’s top-ten list; Bangkok has so much more to offer. But it would have been my first stop…the temples could wait. Alas, I had no more time to explore the shells of the Andaman Sea, so the Seashell Museum, like the Derwent Pencil Museum (in Cumbria, England, below) slipped onto a mental museum bucket list. 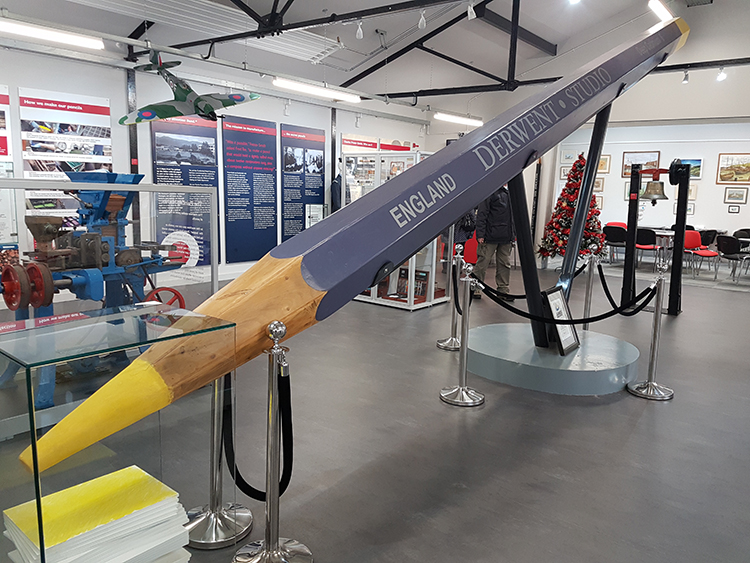 Last year, I was again in Thailand and a crippling snowstorm in the U.S. forced me to remain in Bangkok two extra days. So, of course, the Seashell Museum was numero uno on my agenda. It did not disappoint. (For the record, it is closed now.) I seek out wacky, oddball museums, whether they feature the hoardings of an impassioned monomaniac or the corporate holdings of a food company that displays historic cooking implements from around the globe, such as Twinings Tea Museum, below. Just tell me there is a museum of laundry somewhere and I’m first in line. 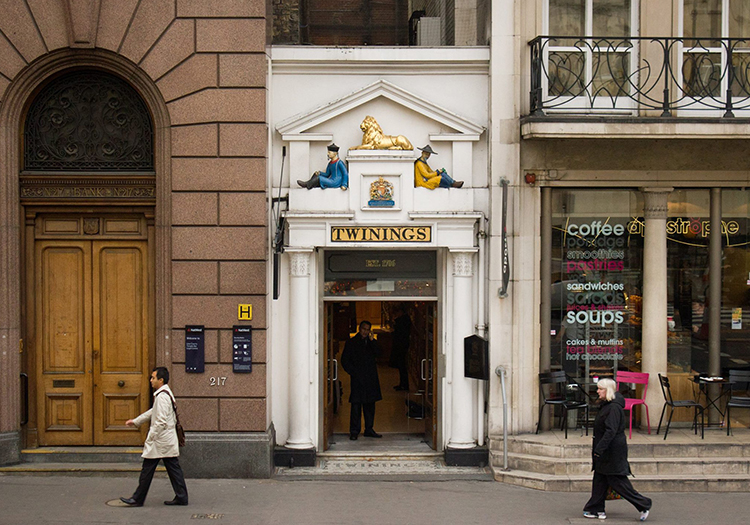 I have sat, mesmerized, looking at in-living-color videos of spinal and brain surgeries in London’s Hunterian Museum, the oldest anatomical and zoological collection in England, below, presently shuttered for overhauling. Part of the Royal College of Surgeons, the museum offers hundreds of “pickled” specimens, as well as vitrines stacked with fascinating surgical instruments—not for the fainthearted—through the ages. 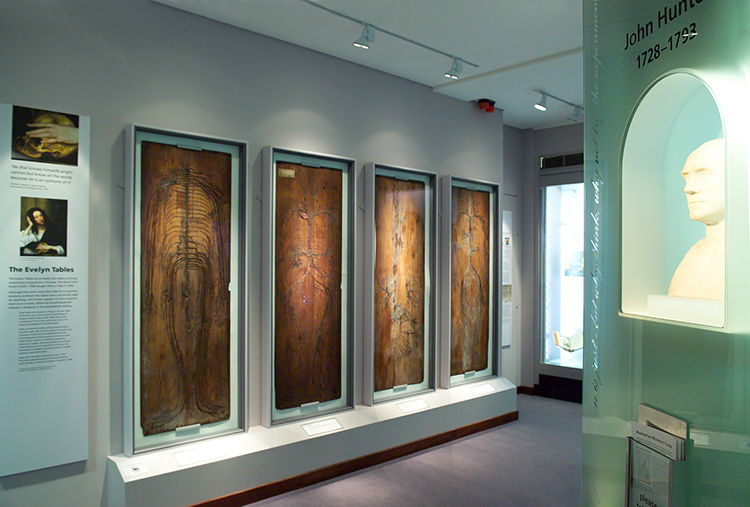 On the docket, still to come: The British Dental Association’s Dental Museum (dare I say, the tooth, the whole tooth, and nothing but the tooth?), along with the Anaesthesia Heritage Center; that features a collection dating from 1774. I am sure there are some stunning doozies among the 2,000-piece collection.

On the non-medical front: I also spent hours at the London Transport Museum, below, and another museum jewel (reopening next year), the Geffrye Museum of the Home. I would also make a return engagement to several idiosyncratic institutions, such as Werkbundarchiv Museum der Dinge (“The Museum of Things”), a paean to “stuff” in Berlin, Germany; the Jantar Mantar (“calculating instrument”) observatory in Jaipur, India, home to 19 immense astronomical instruments; the charming World of Discoveries (Museu Interativo & Parque Tematico) in Porto, Portugal, chronicling Portugal’s conquests around the world; and the Hall of Opium Museum, in Chiang Saen, Thailand, in the heart of the Golden Triangle, on the Opium Trail. 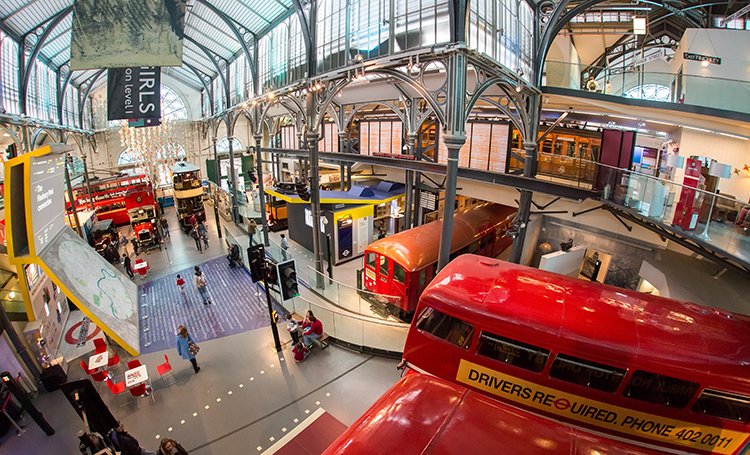 There is no end to the collection of museums, libraries, and private collections available for specialty viewing, in London alone, which has over 250 registered art institutions. Herewith some of my favorites in and around town. Some are simply less well-known than the “biggies,” which need no introduction—the Tate Modern, the V&A Museum, the Wallace Collection, the Natural History Museum, the British Museum, the National Portrait Gallery, the and so on—and others are very niche. All are worth a visit. 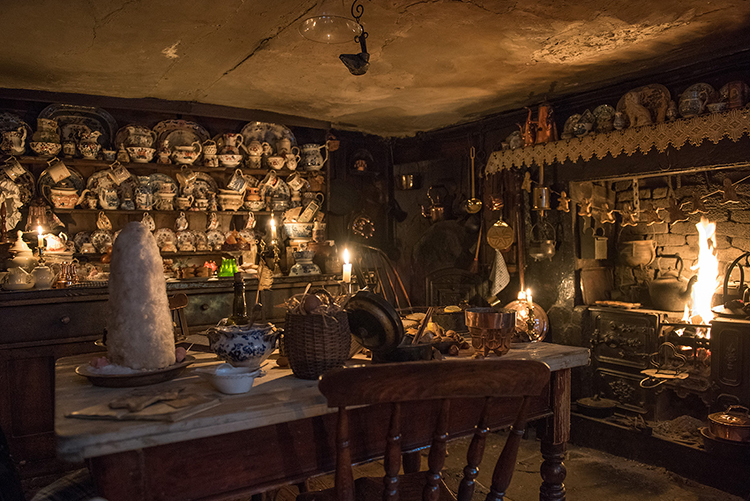 Prepare to step back in time to the 18th and 19th centuries at the Dennis Severs’ House in Spitalfields, above, in the eastern reaches of the city. Severs was an American who bought and slowly renovated a dilapidated ten-room, terraced home. He decorated it to reflect how it would have been furnished if it had been inhabited by a prosperous Huguenot family, whom he named Jervis (presumably, originally Gervais). The rooms in the Georgian home form time-capsule tableaux of daily life, with various periods reflected in the décor. Severs wanted visitors to feel that the residents had just left, so touching details dot the interior landscape of this still-life drama. There is looped audio in each room, and in the bedroom, I was advised to look at Mrs. Jervis’ pearl earrings, presumably just taken off after a night at the opera. 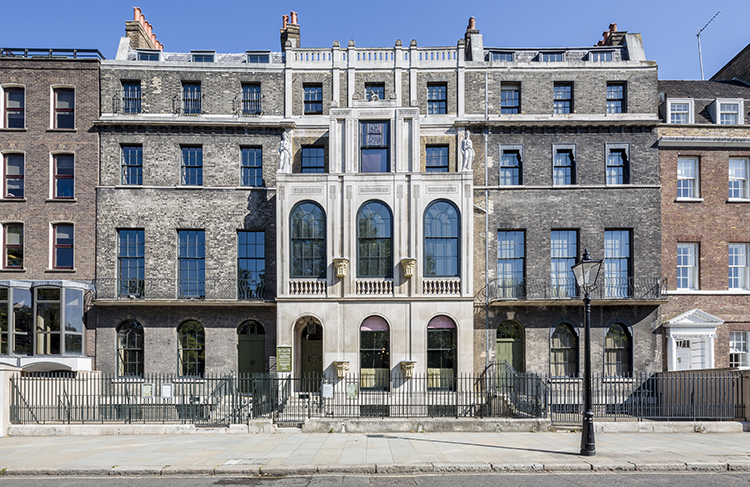 One of the most innovative architects of his time (1753-1837), Sir John Soane built the Bank of England, among other impressive projects, not the least of which was his own home (now a museum), for which he demolished and rebuilt three town homes in Lincoln’s Inn Fields. He was an avid collector, always rearranging his own collections, either to accommodate a new acquisition or “to enhance their poetic qualities through inspiring juxtapositions,” as noted on the museum’s website. It is likely that Soane’s collections began with architectural models, casts, and drawings, but they soon expanded to include Roman marbles, busts, urns, statuary, ornamental antiquities and period tschotschkes—some extremely valuable tchotschkes—like the sarcophagus of the Egyptian king, Seti I.

The Sir John Soane’s Museum’s layout may seem a bit disorganized to visitors, but it is truly quite purposeful, with each room a work of art in its own right. In 1833, Soane cleverly negotiated an Act of Parliament to preserve his house and the collection as it would appear upon his death and keep it open for viewing gratis. Recently, the museum underwent a £7 million renovation. If you go, you will be asked check your handbag and backpack at the front door, since you will have to shimmy carefully through narrow slivers of hallways, the ubiquitous retail admonition weighing heavily on your mind (not that it is policy here): “If you break it, you’ve bought it.” 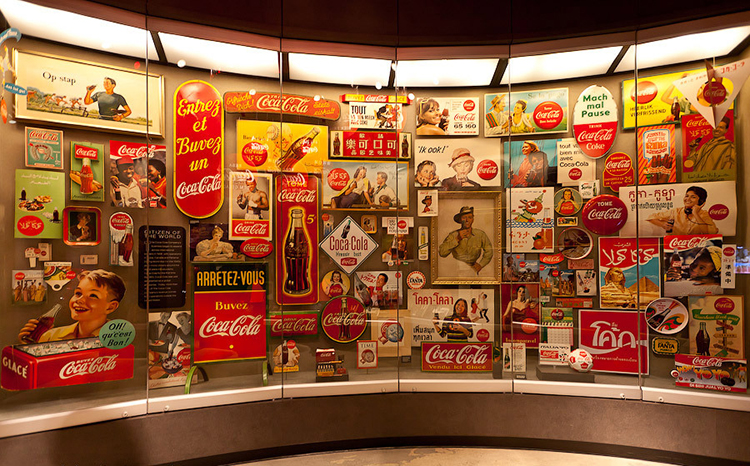 The Museum of Brands was the brainchild and beloved offspring of one person, historian Robert Opie, who had a passion for “things.” He was captivated by the evolution of consumer products and their promotional presentations and packaging and he collected plenty of examples to satisfy that curiosity. By 1984 he had so much bounty that the illustrious Victoria & Albert Museum staged an exhibit of his noteworthy collection. Soon a new museum was born in Gloucester; some years later it moved to Notting Hill—and it has now moved again to a nearby, roomier building. The floor-to-ceiling vitrines display packages for everything from internationally popular Coca-Cola to breakfast cereals to Lux soap. It is fascinating to see the evolution, refinement, and metamorphosis of popular brands—in some cases, from the 19th to the 21st century. Recent exhibitions have included explorations of whether marketing can save lives; a retrospective of Time Out covers; and the 1950’s battle of the toy brands. 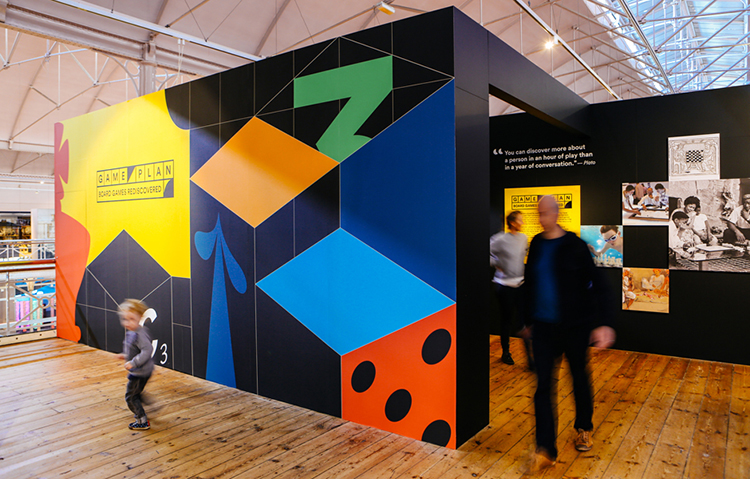 While the world is currently flocking to the V&A to view the blockbuster Dior Show, the lesser known V&A Museum of Childhood is a revelatory treasure, located near the Bethnal Green tube stop. Founded in 1872, it is housed in a glorious, Grade II Listed iron structure (with a floor of stunning marble-mosaic tiles, made by female inmates of the Woking Gaol in the 19th century) which contains, arguably, the largest collection of childhood objects in the world. There are dollhouses, Teddy bears (and all manner of stuffed toys), games, clothing, trains, robotics, accessories, dolls, puppets, and on and on. Galleries are divided into Moving Toys, Creativity, Childhood, and the Front Room. There is even a sandpit for children, an accompanying jukebox, and interactive Punch and Judy stalls. 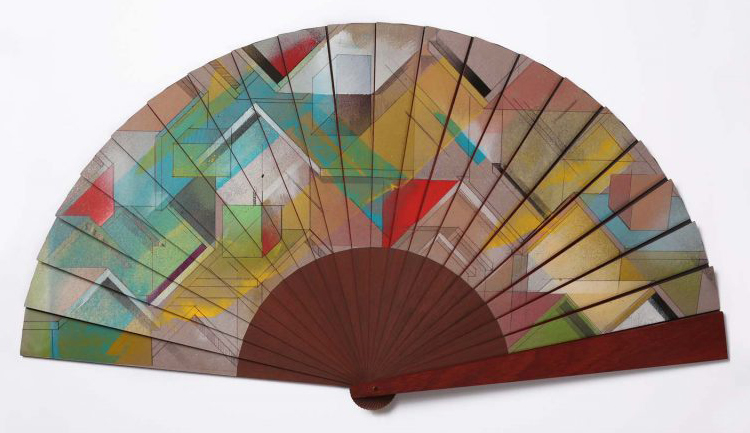 This is the world’s first museum dedicated to fans—their design, care, preservation, and exaltation. The Fan Museum is located in southeast London within the Greenwich World Heritage Site, the museum’s collection has over 4,000 fans and related paraphernalia. Fan fanciers will delight in the offerings: There are painted, embroidered, stitched, bone, silk, sequined, wooden, tortoise-shell, ivory, lace, and feathery fans. Fans from royal courts, fans emblazoned with advertising, and practical fans for a hot, humid clime. The oldest fan is from the 10th century, and the more modern ones come from around the world. There are even novelty fans—including one with a sort of hearing aid (ear trumpet) built into it and another with a sewing kit secreted into its design.

You may enjoy other NYCitywoman stories by Ruth Katz