On her ankle. OK, it’s only fiction, but this could happen—especially to a tempeh-eating Upper West Sider 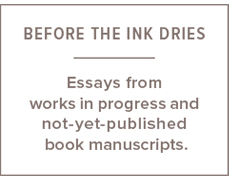 Our latest Before the Ink Dries entry, An Eighty-Year-Old Gets a Dancing Dragon Tattoo, is a short story and first-time NYCitywoman.com contribution by Myriam Chapman, a French teacher and longtime resident of New York’s Upper West Side. Part of a collection centered on “women of a certain age,” it tells the tale of Claudia, also a dug-in Upper West Sider. But unlike her character, who’s always “been a trifle oppositional,” Chapman doesn’t have a tattoo.

Claudia didn’t wear earrings. What had begun as an act of feminist solidarity so many years ago (no makeup, no bra, no frivolous adornments, no unnatural piercings of the body) had become a statement about herself. She didn’t wear earrings, that’s all. As a girl, whenever she tried on her mother’s earrings—fake diamonds clipped to her earlobes, silver circlets, and pearl dangles that hurt after she’d worn them briefly—she thought she looked silly. Even when the wave of feminism abated and her friends were having their ears pierced, mature women whose daughters wore studs in their earlobes and in their nose folds, Claudia refused. It was not the pain she feared; it was not some need to differentiate herself from her friends, although she admitted to that too; it was, shameful to say, a lingering prejudice, a voice from her past, her mother’s, she recognized, saying that pierced ears were trashy. Earrings, if you insisted on wearing them, should come off at night, as in those old movies where the heroine sits at her dressing table removing her earrings with graceful hands and tilted chin, while behind her, her lover, her husband, her daughter watches this essential maneuver with complicated feelings of suspicion, delight, envy.

But these days, what with masks that slipped over and off your hearing aid, lipstick you couldn’t wear without smearing, foundation that pooled inside your mask, a little glitter on one’s earlobes was just about all a woman could do to remember what life was like before the pandemic. So said Jessica, Claudia’s daughter.

When Jessica suggested she would go with her to that place on Broadway where Claudia could have her ears pierced, if she wanted to, of course, Claudia, after considering the matter, said no. Politely but emphatically. Which made Jessica shrug. “Just saying, Mom,” and back off as she always did in the face of Claudia’s strongly voiced convictions.

But Jessica was annoyed. Her mother’s 80th birthday was coming up, and it would have been nice to mark the occasion with something special—a pair of gold hoop earrings from the jewelry store run by that nice Indian man, for example. But no, Claudia as usual had put the kibosh on ever making her daughter’s life easier. Oh well, thought Jessica, Rob and I will take her out to dinner like we did last year. She liked that, didn’t she? We had a good time, didn’t we?

Claudia also thought about her upcoming birthday. Eighty was impossible, outrageous, unthinkable, and in a way that was deeply unpleasant, significant. It meant she was genuinely old, no way to get around that any more. Eighty was not the new 70. Eighty was almost 85, and 85 was almost 90 and who knew what was in store for anyone after that.

On the other hand, 80 was an achievement, wasn’t it, although less so now than in her parents’ day, her mother having lived only to 67 and her father to 72—early losses even then. An achievement or a privilege, a triumph or a disaster, whatever it was, however one considered growing old, Claudia was not going to be bullied by time.

What to do? How to thumb her nose at that dreadful bully? Take up paragliding? Scuba diving? Rock climbing? Don’t be ridiculous. Ballroom dancing? Too tame. Color her hair aquamarine? Really, can’t you think of something more interesting?

She was having lunch at that new vegan restaurant on Columbus Avenue with her friend Eleonor when she had her epiphany. Claudia was not vegan, or even vaguely vegetarian, and although, like everyone she knew, she hadn’t had a hamburger or a god-forbid steak medium rare in years, she did enjoy a cleansing kale salad or an avocado toast with sweet potato fries on the side.

The waiter, a nice-looking young man with slender hips and broad shoulders, hair tied back in a small bun, the sleeves of his t-shirt rolled up to his shoulders on this warm summer day, placed her salad on the table. Claudia held her breath. His arm, as it stretched in front of her, was like a gorgeous piece of ceramic exploding with color—greens, reds, yellow, black—forming an undecipherable pattern as it swirled and wrapped around his arm. She couldn’t tell what it was supposed to be—this decoration for his arm. But to her it was a work of art. She wanted to touch it, to trace the design with her fingers, she wanted it to rub off on her.

“Thanks,” the waiter gave a mild smile.

“Can I ask where you got it done?” She wanted to make her voice polite, unobtrusive, offhand but sincere, the way she might ask a woman sitting next to her in a coffee shop who did her hair.

“Oh,” said Claudia, trying not to sound disappointed. “Everything happens in Brooklyn these days.”

The waiter, indifferent, poured more water into her glass.

“Don’t tell me you want to get a tattoo?” Eleonor snorted.

“Why not?” Claudia said. “I’m over 18.” She hadn’t known that was what she wanted until she said it out loud.

“Stranger things,” Eleonor shook her head and dug her spoon into her quinoa bowl.

By then the waiter had moved on. And Claudia, aware that she didn’t want to continue this conversation with Eleonor, bit conclusively into her BLT, made, as the menu made clear, with tempeh bacon.

What was it about getting a tattoo that she found so wickedly appealing? The waiter in the restaurant was not exceptional. Tattooed bodies were all around her—clamorous arms and ankles, boisterous shoulders, provocative necks, riotous calves, belligerent thighs in summer, all manner of design bold and confusing, artful and dumb, everywhere on all sorts of bodies. But not on hers. Not on the body of an 80-year-old. Her mother, it occurred to Claudia with a flicker of glee, would have been horrified.

So what if she had always made a point of sneering at pierced ears? That was then, this was now. She had always been a trifle oppositional; now she was opposing her younger self. What could be more radical than that?

That evening, Claudia went to the internet. She typed in “How to get a tattoo at 80” and “Tattoos for the elderly” and “How painful can a tattoo be?” and “Does a tattoo last forever?” the answer to this last question being less important since who knew how long forever would be for her, and finally, “Where can I find a tattoo parlor that specializes in inking older women?” “Inking,” she wrote with satisfaction. It made her sound far more knowing than she was.

Still, Claudia was afraid she might lose her nerve. There were warnings on the internet: tattooing almost always hurt, there were places on the body that hurt more than other places, older people might experience more pain because their skin was thinner. She should choose a small design for her first inking. A butterfly, a hummingbird, a peony, her late husband’s initials, her daughter’s nickname. A dragonfly flitting over a still pond. No. Not a dragonfly. A dragon, a little dragon, standing on its haunches and dancing, because that’s who she was or who she wanted to be on her 80th birthday—a dragon who did not breathe fire but could if it had to, an oddity tamed but not entirely, a prickly but joyous creature. The more she thought about it, the more she liked the vision of that little dragon somewhere on her body.

It took two 45-minute sessions to ink the dancing dragon just above her left ankle. It hurt. The tattoo artist, a woman Claudia imagined to be in her 30s—Claudia preferred to have a woman work on her, the way she preferred to see a female gynecologist, there was something too intimate about a tattoo that she did not want to entrust to a man—tried to convince Claudia to ink the tattoo on her upper arm where it would hurt less, but Claudia, ever oppositional, refused. At night, she cleaned and bandaged the little creature, kept it out of the sun during the day, cared for it as she would a pet. She felt possessive about it, her pet dragon. Her gift to herself. Her act of defiance against that big nasty bully, time.

On her birthday, a humid, sultry summer day at the end of August, Jessica and Rob took Claudia out for dinner, as they had the year before. “Your favorite restaurant,” Jessica said. “We could make this a tradition,” Rob said pleasantly.

“Mom,” Jessica said, as Claudia tucked herself into her chair, a bottle of Moët et Chandon ensconced in an ice bucket on the restaurant table, “what’s that on your leg?”

Jessica peered at Claudia’s ankle. Claudia had crossed her legs, left dangling over right, exposing her ankle in a strappy sandal. Now she looked down at her foot, and, with a tug, pulled up the leg of her black pants to reveal the dancing dragon. She felt like a magician performing her best trick.

“She’s something else, your mom,” Rob said.

There was a silence. Jessica, frowning, sketched a pained smile. Rob, ever accommodating, seemed to wait for a clue from his wife. Claudia felt her spirits drop. What had she expected? A trumpet clarion, hands clapping, voices raised, bravo, bravo! No mortal coil for you, lady!

“Don’t worry. It didn’t hurt,” she said to her daughter and son-in-law. And then she remembered with a happy start. It was her dragon, after all. Maybe in need of a companion. On her right ankle. Next year, on her birthday. Eighty-one was not too old for another tattoo.

Myriam Chapman is a writer and French teacher who taught at the Bank Street School for Children for 40 years. She is the author of Why She Married Him (Other Press), a novel based on her Russian grandmother’s journals. Myriam’s short stories have appeared in online magazines and in print. She is currently working on a collection of sketches about older women who will not let themselves be ruled by that dreadful bully, time.