2020 was not our favorite year. But here are five books that excelled at distracting us. The novels gave us escape routes; the nonfiction put things in focus 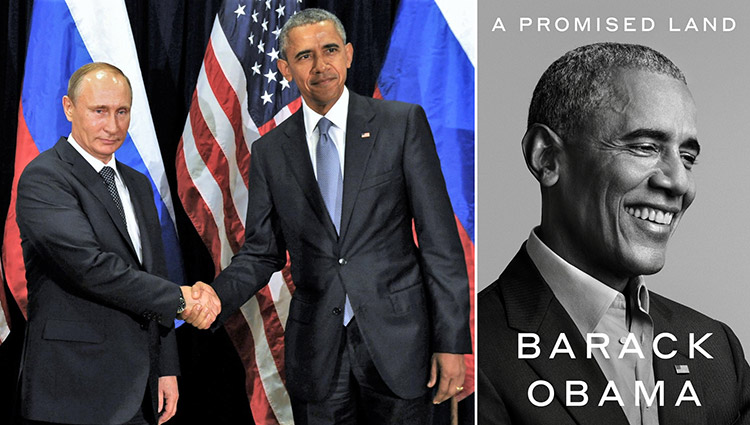 As the news and social media overflow with Trump’s lies and vitriolic attacks, Barack Obama’s Promised Land (Crown Publishing Group) is an oasis of reason, decency, and eloquence. The prose is, at times, breathtaking, the details vivid, exacting. In an interview, the former president said that setting out, he couldn’t decide whether to write a personal, introspective account of the experience of being president or to pen a detailed historical examination of his administration’s policies. He went with both. The book—which takes the reader through most of Obama’s first term—is 29 hours (701 pages) long.

To enjoy it fully, get the audiobook: Obama himself does the reading. Reveries about his family are filled with undiluted affection. At lighter points, his voice brims with humor—sometimes he even breaks into accents. Throughout, his quick wit sparks: He likens Vladimir Putin to a Chicago Democratic machine party boss, “except with nukes and a UN security council veto”; what Mitch McConnell “lacked in charisma or interest in policy he more than made up for in discipline, shrewdness and shamelessness…” Trump (guaranteed to be a major figure in his memoir’s second installment) doesn’t show up until page 672: “For millions of Americans spooked by a Black man in the White House, he promised an elixir for their racial anxiety. I knew that the passions he was tapping, the dark, alternative vision he was promoting and legitimizing, were something I’d likely be contending with for the remainder of my presidency.” And yet, hope—however fragile–shines through. Speaking at a college commencement in 2011, Obama offered his presidency as proof “that the American idea endures,” adding that, when he was the graduates’ age, “I’d seized on that idea and clung to it for dear life. For their sake more than mine, I badly wanted it to be true.” –Suzanne Charlé 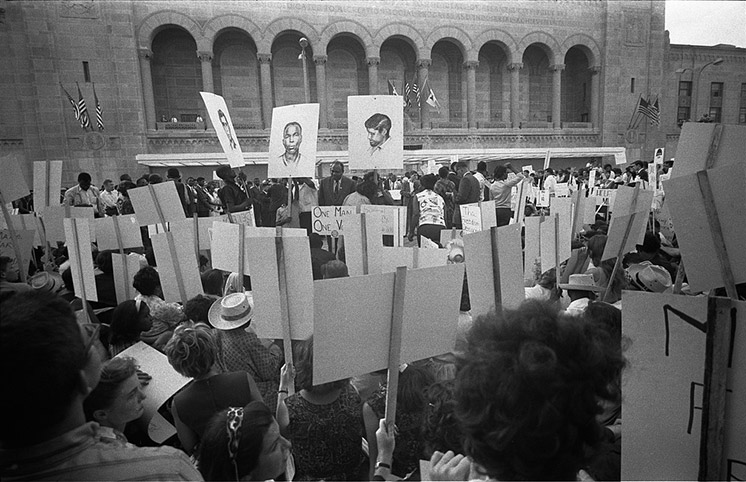 The American idea, that, as the Constitution promises, “all men are created equal,” drove journalist Jerry Mitchell to reexamine “cold cases”—brutal murders during the Civil Rights Era. In Race Against Time (Simon & Schuster), Mitchell details his two-decade-long journey investigating four notorious crimes dating back to the 1960s. In 1986, as a young reporter, he was assigned to cover the opening of the film Mississippi Burning. “That’s not accurate,” murmured the man sitting next to him, stating that James Chaney, not Michael Schwerner, drove the car the night of June 21, 1964, when they and Andrew Goodman were executed and buried by the KKK. That man was Roy K. Moore, a retired special agent who had been in charge of the FBI investigation of the murders of the three Freedom Summer workers. The case was “an open sore” for Moore, and so it became for Mitchell: “I had heard of people getting away with murder before, but I had never heard of twenty people getting away with murder at the same time.” 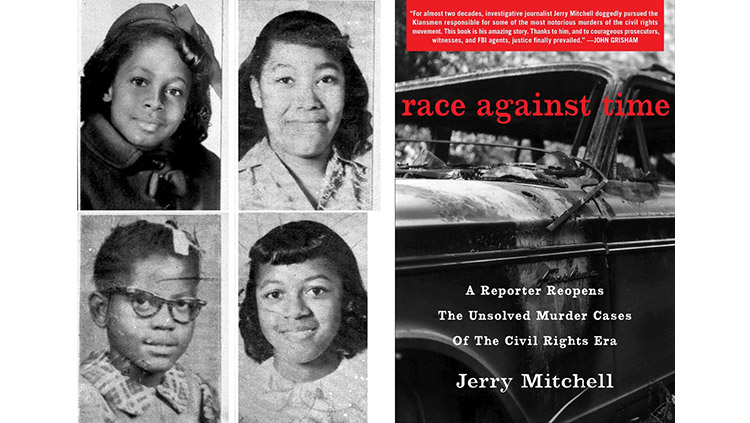 Ignoring death threats, Mitchell investigated the Mississippi Burning murders, sifting through reams of evidence and searching out people who were at the scene. Consumed with a desire for justice, he proceeded to dig into the assassination of Medgar Evers, the fatal firebombing of Vernon Dahmer, the Sixteenth Street Baptist Church bombing that killed four little girls (one perpetrator routinely publicly bragging he’d helped “blow up a bunch of niggers back in Birmingham”). Again and again, Mitchell’s memoir illuminates both the frightening worlds of hate-filled Klansmen and the wide-ranging tactics that lawmen used in pursuing them, ultimately bringing at least some of killers to justice. –Suzanne Charlé 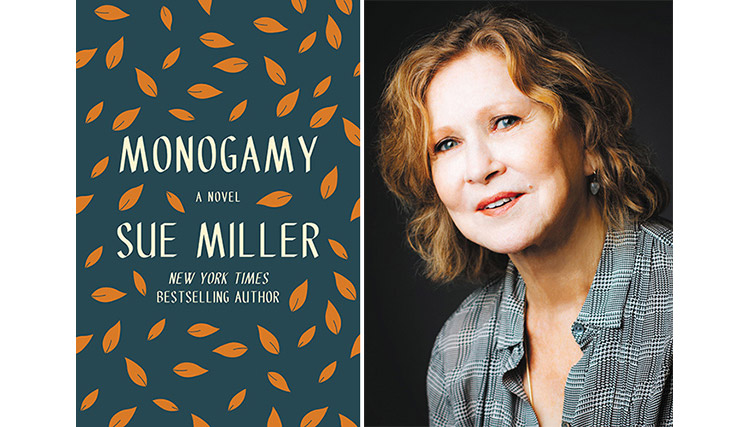 Sue Miller’s latest offering proved to be an engrossing year-end book pick. While her 1986 novel The Good Mother is probably her best-known work, 2020’s Monogamy is a welcome, engrossing addition to her oeuvre. It’s about a couple: a gregarious bookstore owner with a physical presence to match his personality, and his photographer wife, a far quieter type, who live in Boston. There is nothing cookie-cutter about these two, who are in their sixties. He has a mistress from whom he’s trying to break free; she has become friends with his ex-wife. Their blended family, which includes two adult children, seems to be a happy one until the husband suddenly dies in his sleep. The wife is cast adrift; the rest of the book follows her journey from loss to acceptance. Miller unfolds the story with psychological astuteness and family scenes that gleam with sharp insights. (Harper) –Grace Lichtenstein 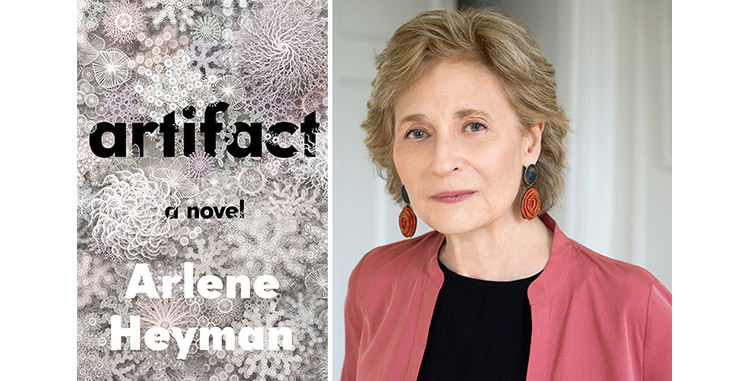 Four years ago saw the publication of an “overnight success”—only 50 years in the making. Scary Old Sex, Arlene Heyman’s first book, is a collection of short stories focusing on sexuality among those in their later years. Now Dr. Heyman, a 78-year-old Manhattan psychiatrist/psychoanalyst, has plucked a character from a story in that book and written a debut novel with her as its star. Artifact (Bloomsbury) tells the tale of Lottie, whom we meet here as a teenager in the arms—and bed—of Charlie, the star of her high school football team. The frankly physical writing in Heyman’s first book is here again, as Lottie marries Charlie, becomes a fiercely attached mother, has an affair after Charlie, and continues to pursue her career dreams in a hands-on scientific profession largely unwelcoming to women. This is the thrilling saga of Lottie overcoming the hurdles that life and society put in her way, forming new relationships, and becoming a respected scientist. –Sally Wendkos Olds 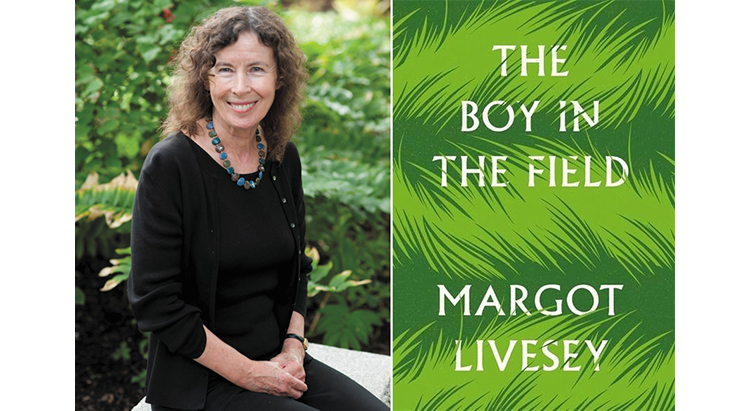 The time is 1999. The setting: a peaceful village outside Oxford, England. Or it would be, but for the incident that sets off The Boy in the Field by Margot Livesey (Harper). On their way home from school, siblings Matthew, Zoe, and Duncan Lang are startled to come upon the body of a young man who had been brutally attacked and left in a field for dead. The teenagers summon help, and the boy in the field survives. But the three are left feeling unsettled, and they begin to question their own life choices as well as the relationship between their parents, Betsy, an attorney, and Hal, a blacksmith.

As it turns out, everybody in their household has secrets. Seeking to understand the power of evil, Matthew embarks on a search for the assailant. Zoe tests her new sexual awareness, and Duncan, who’s adopted, goes looking for his “first mother,” not as a rejection of Betsy, but in the hope of finding someone “whose hand looks like mine.” In this quest, he is supported by all in the family.

Margot Livesey clearly cares about her characters, and so we care about them too. This is a beautifully written work that will stay with me for a long time. –Claire Berman 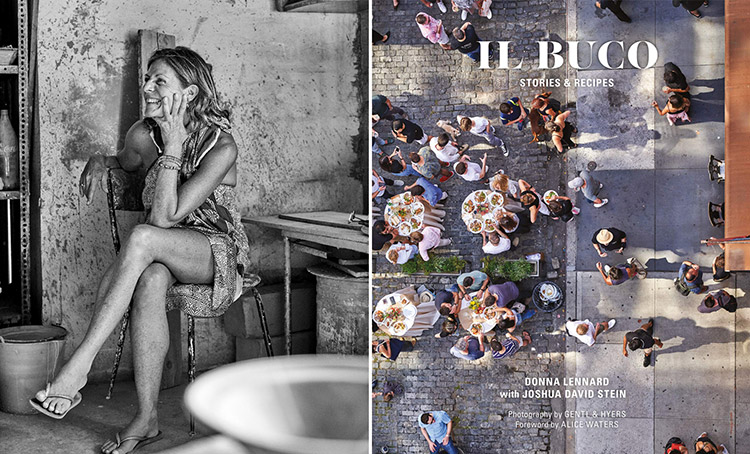 Coming of age in New York in the 1960s and ’70s, I assumed—as did everyone else—that Italian food meant meatballs and spaghetti doused with tomato sauce. But eventually our Italian restaurants began making from scratch, curing, roasting, and baking in rusticating, artisanal ways. The pioneer among them was Il Buco (the Hole), which opened in 1994 on a cobblestone street in what had been an overlooked part of Downtown, but soon came to be known as Noho. Today, Il Buco could be the most celebrated of this city’s farm-to-table gourmet Italian eateries. And following its 25th anniversary, along comes Il Buco: Stories & Recipes, co-authored by the restaurant’s founder and owner, Donna Lennard, and the food writer Joshua David Stein, with a foreword by Alice Waters—and let’s not overlook its dozens of shamelessly sumptuous photos of food and home wares resonating with sensuousness, and hardscrabble images of the cooks and suppliers this book honors. Most of the photos are by those still-life experts Gentl & Hyers. (HarperCollins is the publisher.) 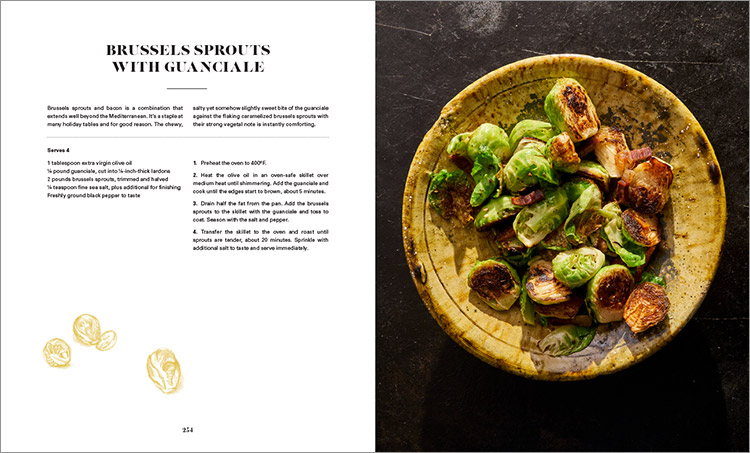 This large-size volume book functions in multiple ways. Besides the loving tributes to Il Buco’s devoted staff and vendors, it’s loaded with tantalizing recipes—carciofi fritti … radishes in bagna cauda … Umbrian chickpea soup … something as simple as breakfast toast with ricotta drizzled with honey. And it’s Lennard’s story. After studying filmmaking, she and a partner started Il Buco as an antiques shop, offering their customers wine and Italian snacks so tasty this place had to morph into a restaurant. Lennard allows that she’s never considered herself a restauranteur. That’s not where she’s coming from. Instead, she’s a rule-breaker who is “maniacally devoted to provenance”; i.e., where the ingredients come from. She mentions enduring “screaming matches over fennel pollen,” for instance. With Lennard as overseer, Il Buco pioneered simple organic ingredients and excelled in several new directions: for slow cooking; for rustic, farmhouse-style atmospherics; and for hiring stellar chefs-in-the-making, including Ignacio Mattos, Justin Smillie, and Sara Jenkins. What’s more, she’s turned Il Buco into a mini-empire; it includes a more casual spinoff restaurant and provisioner, Il Buco Alimentari, also in Noho, as well as an outpost in Ibiza, and an exquisite little Italian homewares shop, known as Il Buco Vita, across the Bowery in the East Village.

This book also manages to be an alluring travelogue documenting Lennard’s forays to remote spots in Italy, where she secures the prized raw ingredients. Donna, if you’re reading this, for your next venture how about starting tour groups to these out-of-the-way places: Montegibbio, in Modena, for balsamic vinegar; Trapani, in Sicily, for salt; Foligno, in Umbria, for olive oil; Bevagna, also in Umbria, for beeswax candles? Once this damned pandemic is over, we’ll all be desperate for just that kind of escape. –Linda Dyett 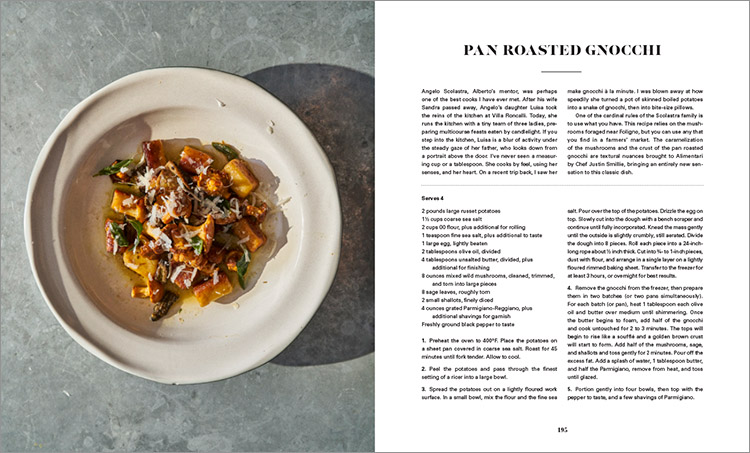