The best intentions got complicated in Afghanistan, a Pulitzer Prize-winning investigation against Weinstein, and too much naughty fun at the Plaza…what would mother say? Enjoy our latest reads for the fall season. 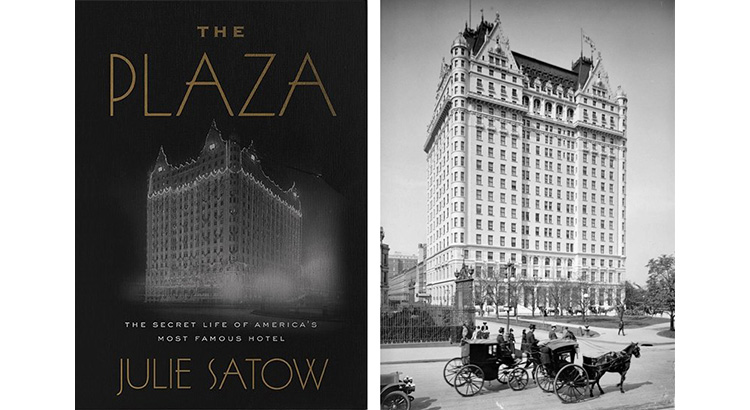 In this informative and entertaining book, The Plaza: The Secret Life of America’s Most Famous Hotel, Julie Satow takes us on a tour through the Manhattan hotel from 1907 to the present, placing events in the context of American- and New York history. Whether it’s the explosive 1921 court case against then-owner Harry S. Black about hoarding liquor during Prohibition or an account of F. Scott Fitzgerald frolicking in the Plaza’s Pulitzer pool while fully clothed, the book sings with lesser known anecdotes about the establishment. Sure, many of us were already familiar with Truman Capote’s 1966 Black and White Ball held in the Grand Ballroom of the Plaza. But, what we didn’t know—until now—is details about the shenanigans of a guest whose pet—a baby lion—slept in the bathtub of her suite and the bold 1925 theft of jewelry from a Woolworth heiress’ room. With a comprehensive index, bibliography, source list, and photos, The Plaza (Hachette, 2019) will appeal to academic researchers and casual park bench readers alike. –Susan Shafer 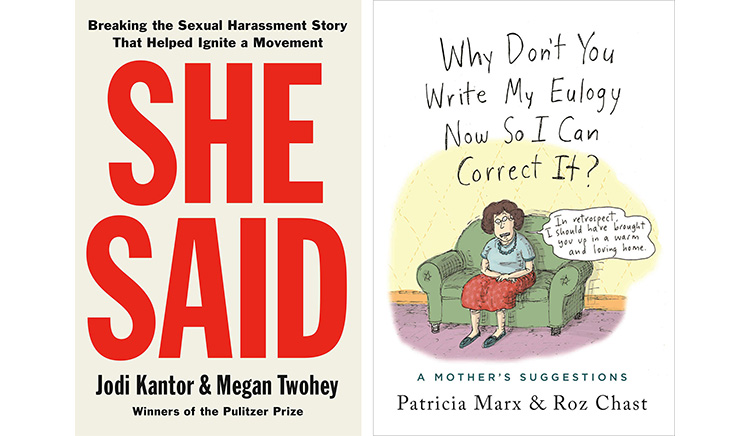 On January 6, Harvey Weinstein will be in court, facing charges of sexual assault and rape. He’s on trial largely thanks to reporting by Jodi Kantor and Megan Twohey which appeared in The New York Times in 2017. She Said (Penguin Press) is the journalists’ riveting account of their investigation. Like All the President’s Men and the film Spotlight, She Said is a tale of tireless digging and intense, Pulitzer-winning reportage. Slowly gaining sources’ confidence, they heard tales of predation: women meeting Weinstein for work “in my suite,” he in bathrobe, with champagne, massage requests, threats of ruined careers. Through intimidation and payoffs, the powerful producer and his investors, investigators and lawyers (including “women’s rights” advocate Lisa Bloom) made certain the stories would be hidden—until the reporters unearthed settlement documents, and two brave women, actress Ashley Judd and Laura Madden, a former Miramax employee, agreed to go public. The Times article broke, and with it, the silence of women around the world. A thrilling story—as Weinstein, with bravado, said the day it broke: “so good I want to buy the movie rights!” –Suzanne Charlé

If you scan the contents of the New Yorker each week hoping to see the byline Patricia Marx and/or the cartoons of Roz Chast, you’ll chuckle your way through Why Don’t You Write My Eulogy Now So I Can Correct it? (Celadon Books) The two have collaborated on a slender volume of sayings that Marx says are her “mother’s suggestions.” One example: “Never wear red and black together or you will look like a drum majorette,” accompanied by a drawing of a Chastian woman in black boots and red tights, baton in hand. Another example is the speech bubble on the book’s cover, above. In her introduction, Marx notes that when she went away to college, “My mother sewed name tags into my underpants. We both thought college was overnight camp, but more expensive.” Anyone who is not smiling by now clearly does not inhabit the Marx/Chast universe; the book makes a nice cheap gift for someone in your orbit who does. –Grace Lichtenstein 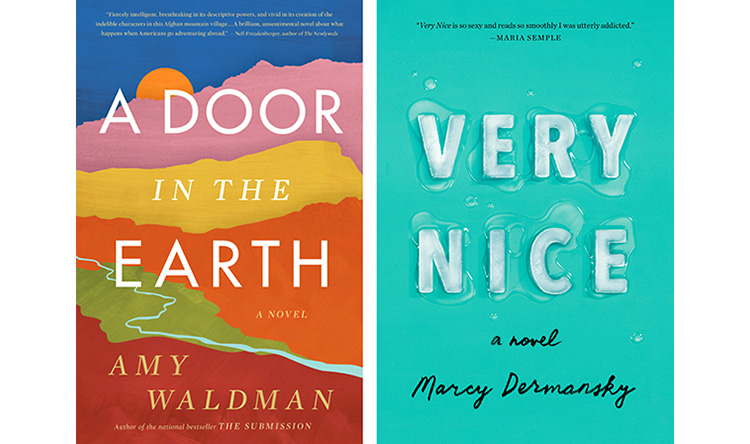 Parveen Shams, the Afghan-American protagonist of Amy Waldman’s engrossing novel, A Door in the Earth (Little, Brown and Company), is four months shy of graduation from UC Berkeley and struggling with an existential crisis—how to fashion a meaningful life. Her apparent salvation lies in her Afghan heritage and in a book. After reading Mother Afghanistan, a widely-hailed memoir by Gideon Crane, in which he describes his efforts to save women in a remote Afghan village from dying in childbirth by establishing a modern women’s clinic, Shams recognizes a means to satisfy her restless spirit, give back to her country of origin, and inaugurate a life of public service. Despite the ongoing war, she sets off for Afghanistan, but quickly learns that viewing Afghanistan through the prism of Crane’s memoir has many pitfalls. A riveting and timely read, Waldman’s experience covering Afghanistan as a New York Times reporter and South Asia bureau chief, lends credence to her vivid characters and lyrical narrative. –Arlene Hisiger

Very Nice by Marcy Dermansky (Knopf). Novels about college students seducing their professors is nothing new. But add a romantic triangle with the student’s mother, a set of twins, a book editor and an apricot standard poodle and what you’ve got is Very Nice indeed. Each chapter of this hilarious, sexy, tongue-in-cheek (and other crevices) novel is narrated by six different clueless characters, excluding the dog. And, really, when is the last time you read a book where a devilishly handsome young man prefers a woman in her fifties to a precocious nineteen-year-old? The writing is so crisp, the disparate characters so ingeniously woven together, you will weep when it ends. Not because it is sad. But because the fun is over. –Stacia Friedman 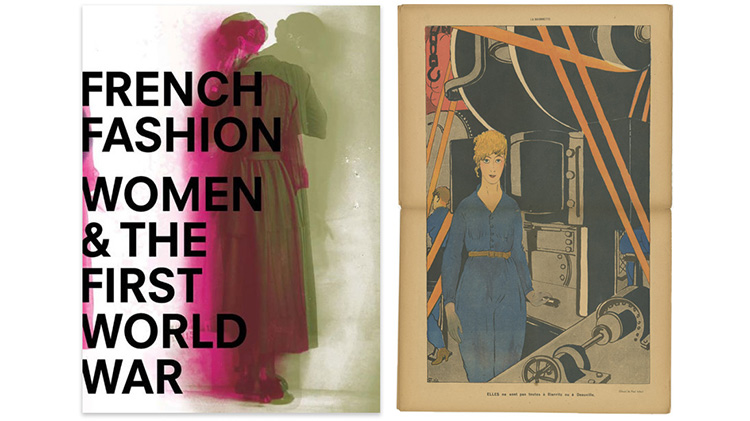 The very word fashion implies change. But what causes this change, and do new clothing styles change their wearers? Those are a couple of the issues tackled in French Fashion, Women, and The First World War (Bard Graduate Center/Yale University Press), the book-length catalog of the current Bard Graduate Center Gallery exhibit (on until January 5). Its editors, Maude Bass-Krueger and Sophie Kurkdjian, focus on the fraught war years—a critical period for French fashion. As women of all classes joined the workforce, replacing men fighting at the front, Belle Epoque finery gave way to easier-to-move-in dresses, sensible suits, and overalls. Chanel emerged with pared-down menswear styles—and Frenchwomen began experiencing independence. Still, their gains were slow-going. It took until the end of the Second World War for them to get the vote. As riveting as the text are the copious images, most never previously published, and the layout, by the renowned graphic designer Irma Boom, with oversize print, narrow margins, deeply indented paragraphs, and extraordinary cover. Even the spine depicts a woman wearing Jeanne Paquin, gazing at the reader. –Linda Dyett