At first I neglected to devote the necessary time to being vegan and healthy too. 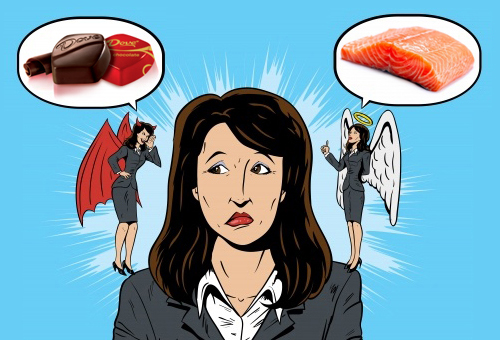 In the beginning it was not about health. When President John F. Kennedy was assassinated, I decided to stop eating meat. I don’t remember the connection, but it had something to do with blood and killing. I was old enough to make an adult decision, and I made it going cold turkey, or—more precisely—cold cow. No more steak, roast beef or hamburgers for me, although I continued to eat poultry, fish and dairy.

Two days after going cow-free, I went to a party where the main course was steak tartar. New to the game, I announced  that I didn’t eat meat, but would be content with the excellent salad and vegetables. That experience, and several others to follow, convinced me never to voice my food preferences just before a meal. If I did, the conversation would invariably skip over the news of the day and center on my vegetarianism.

“Are you doing it for religious reasons?”

“But you eat fish. Don’t you think they also suffer when they’re killed?”

“Your shoes are made of leather. That makes you a hypocrite!”

I would mumble that my food choices were private, that I wasn’t trying to convert anyone and that I was doing the best I could to uphold my values. If handbags, belts and shoes were ever to be made of non-animal material, I would gratefully buy them. I didn’t have leather furniture and my car seats were fabric. Did anyone want to settle this in the back alley?

In later years, when I asked waiters for olive oil instead of butter and skimmed milk instead of whole, my dinner companions would raise their eyebrows. “So now you’re going fat-free? I thought your meatless diet didn’t have to do with health. What’s with you?” I would explain that my family had a bad heart history, that my sweet, handsome father had dropped dead of a heart attack at age 53, and that my mother had had a quintuple bypass at age 65. Less saturated fat didn’t guarantee a longer life, but it was my choice. Did anyone want to make something of it?

It turned out that everyone did. Back in the 1970’s and 1980’s, everyone was a critic. If you went meatless and fat-free, you must therefore be sexless and joyless. You must be a sniveling, fearful person who deserved her mouth washed out with animal-based soap. Airlines—which still served dinners back then—would substitute fruit for chocolate cake on vegetarian meal trays. It seemed you couldn’t be meatless and sugar-loving at the same time. To many, I was an oxymoron; to me, such thinking was moronic.

In the 1990’s a professor friend gave me a book about the “absent referent,” in which the reality of a live animal was disconnected from the slab of chicken or meat on a plate. It was a feminist treatise that established an iron-clad link between the treatment of animals and the treatment of women. I don’t recall the argument, but poultry lost its appeal. Dropping chicken and turkey from my diet moved me another step toward true vegetarianism. I still ate fish, both for its protein and its convenience, but I felt bad about it. Watching freshly caught fish gasp for oxygen made me feel sick. Someday, I thought, someday I will let them live, too. But veganism meant too much time spent thinking about food, purchasing it and preparing it. I was doing the best I could, and besides, there was no exam to pass. My eclectic eating patterns suited me just fine. Now, if I could only give up cheese.

Cheese was my real love, the runnier, moldier and smellier the better. I tried to hate it, but I couldn’t. It didn’t hurt anyone—just my arteries. It was everywhere, at parties, meetings luncheons, and in every meatless sandwich or pasta entrée I encountered. Then one day in 2012 my daughter handed me a book called Prevent and Reverse Heart Disease, by Dr. Caldwell Esselstyn. By then I had a grandson and was determined to live forever, or at least as long as possible. I had no heart problems, but why tempt fate? Why not adopt the no animal product/no nuts except walnuts/no oil diet Dr. Esselstyn promoted? The book presented awesome x-ray photos of arteries in which the plaque had totally disappeared. “Yes! I’ll go for it,” I promised myself.

I stopped eating fish. Cheese, eggs and yogurt dropped away as if by magic. I no longer wanted them. Oil was another matter. I love oil. I love to dip my bread in seasoned olive oil, to cook veggies in a little olive oil, to eat hummus where the oil hovers at the top. Negotiating for meals without oil in New York restaurants took the joy out of eating out. Sorry, Dr. Esselstyn, I had to draw the line at oil.

Nevertheless, for eighteen months I was a vegan, eating vegetables, beans, quinoa, hummus and rice, and no animal products at all.

This brings me full circle to the topic of health. Although many vegans are in exemplary health, my own suffered from my dietary choices. I neglected to devote the necessary time—and it does take a lot of time—to being vegan and healthy too. (All those sumptuous spreads celebrity vegans—like Bill Clinton—are shown eating? Obviously, someone else is cooking for them.) I didn’t eat enough protein, and at the same time I consumed too much sugar, finding satisfaction in Starbucks Tall Non-fat Frappuccinos, orange juice and banana smoothies, four servings of fruit a day and Dove Dark Chocolate squares. My blood sugar level rose, not to diabetes level, but perhaps I was on the way. My fingernails wouldn’t grow. I was tired a lot.

So I started thinking more about my health. Out went the Frappuccinos, smoothies and extra servings of fruit. Reluctantly I began eating salmon again—not unhealthy farmed Atlantic salmon, if I can avoid it, but either wild, organic or Pacific salmon—and I enjoy a low-fat tuna salad sandwich once a week. My fingernails are growing and I’m expecting my blood sugar level to improve. I guess you could say that for now I’m a little bit vegan, which is vegan enough for me.

Roberta Hershenson is an arts journalist whose features, profiles, and news stories have appeared in The New York Times and other publications. She wrote a weekly arts news column for the Westchester section of The Times from 2000 to 2006.