Six Books We Recommend for June

Can’t get out of town? No lack of exotic locales in our summer reading list: Roam the south with an undercover correspondent, hit the night spots in NYC during WWII, bowl away the blues in turn-of-the-century New England and more. 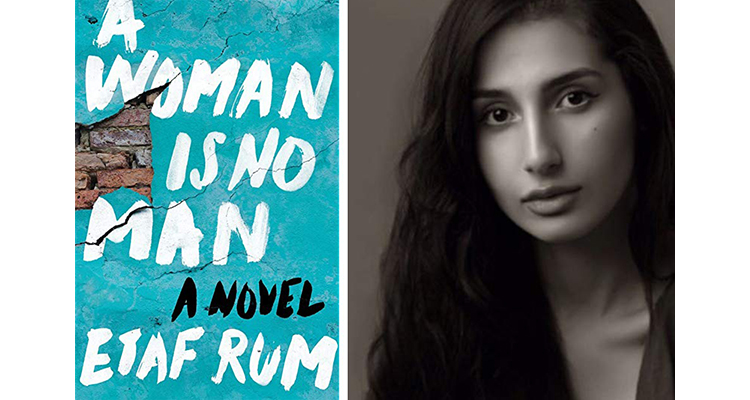 In her searing inaugural novel, A Woman Is No Man, Etaf Rum reveals an invisible layer, woven of silence and submission, cloaking Palestinian women. The narrative alternates between the lives of Fareeda, the matriarch, who, along with her husband and family, escaped the squalor of a refugee camp by emigrating to America, Isra, her Palestinian-born daughter-in-law and Deya, her Arab-American granddaughter. That a Palestinian woman is not a man’s equal, as the book’s title declares, becomes abundantly clear as Rum draws the reader into the quotidian monotony of their circumscribed lives. Chained to home and hearth, these women live in fear of their husbands’ whims and wiles. Rum has boldly broken the silence. Let’s listen. (Harper Collins) –Arlene Hisiger 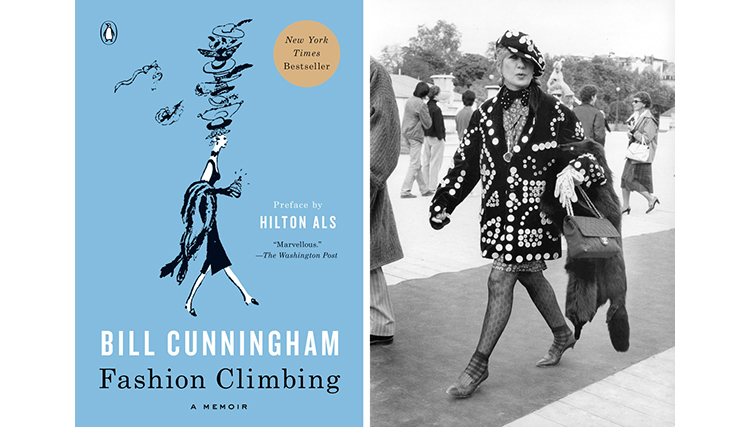 Fashion Climbing is a memoir by the late Bill Cunningham (1929-2016), the photographer and writer who biked around New York, taking impromptu fashion photos for the New York Times. The memoir chronicles Cunningham’s struggles as a kid in conservative Boston and his later financial and personal difficulties in establishing himself as a milliner in New York in the 1960s. Woven throughout the memoir are Cunningham’s views of why and how women’s fashions have changed over the years. The book includes some black and white photos of Cunningham’s own eccentric creations, such as a large hat in the shape of an octopus. His advice to today’s milliners? Think berets! (Penguin Press) –Susan Shafer 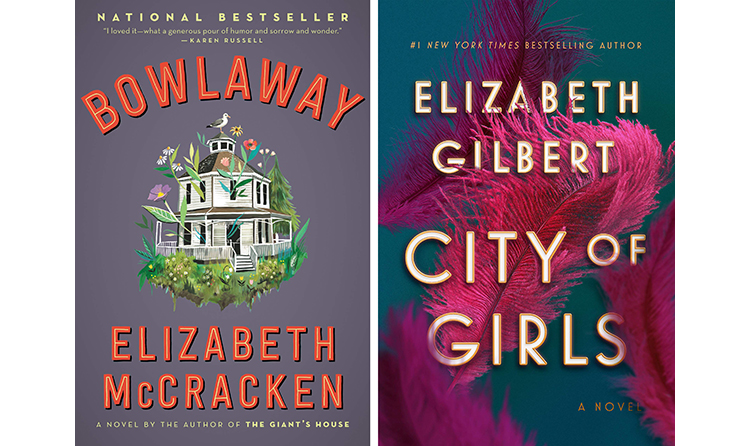 Bowlaway by Elizabeth McCracken (Harper Collins). If there’s one thing I love more than an unreliable narrator, it’s one who spins a story like a roulette wheel. “Truitt bowled because the earth was an ocean and you had to learn to roll on it.” God, I love that sentence. Yes, this is a novel about bowling. Not the kind you think. Set at the turn of the 20th century, the middle-aged protagonist, Bertha Truitt, is determined to bring candlepin bowling to a scrappy New England town. Short, plump and uncorseted, Truitt falls instantly love with the town’s African American doctor. “He was a cave…and she a swung lantern come to light him up.” McCracken knows how to keep a story moving with eccentric, colorful characters but there’s a better reason to read this book. She takes you into a world in which even the most flawed people and unfortunate circumstances are redeemed by acceptance, understanding and love. And couldn’t we all use a bit of that? –Stacia Friedman

Remember Eat Pray Love? Its author, Elizabeth Gilbert, is more than a globe-trotting yoga poseur. Her latest book, City of Girls (Riverhead) is a worthy historical novel, set right here in NYC during World War II. An adventurous young woman from the hinterlands joins her bohemian aunt, who runs a slap-dash theater company. Our heroine teams up with a showgirl to hit the night spots, date dashing guys and meet Walter Winchell. After a relationship disaster she goes home, but returns, undaunted, to become a successful unmarried, happy entrepreneur. She’s a girl who would have been played in the movies June Allyson or Doris Day. Not exactly literary fiction, but both sexy and fun. –Grace Lichtenstein 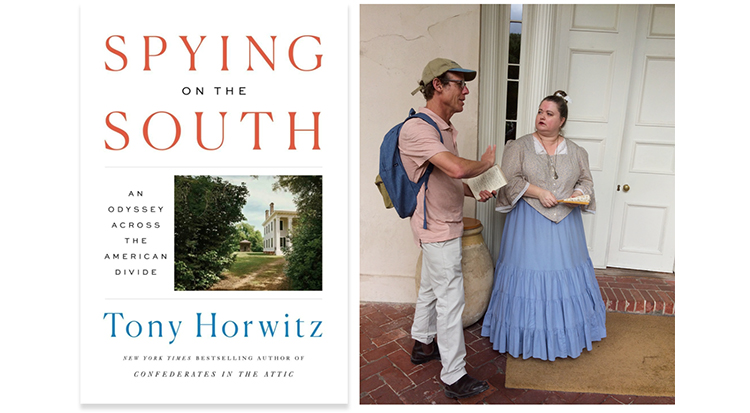 Pulitzer-prize winner Tony Horwitz died last month while on a book tour. Spying on the South (Penguin) is a brilliant elegy to this master of participatory journalism. In it, Horwitz follows in Fredrick Law Olmstead’s footsteps, who, in 1852, got a job from the paper that would become the New York Times. Assignment: Roam the antebellum South as an undercover correspondent. Two journeys later, Olmsted responded to what he saw by creating Central Park, “a people’s park,” the nation’s first civic space designed to be open to all. Horwitz, “with long-dead Fred as my guide,” takes every manner of transport on his tour: train; steamboat; coal barge; even mule. Olmsted believed, as did Horwitz, “that there was always room for dialogue…if only to make it harder for Americans to demonize one another.” Both reveled in meeting common folk. But as months passed, both recorded with dismay a divided and unraveling nation. A revealing read. –Suzanne Charlé 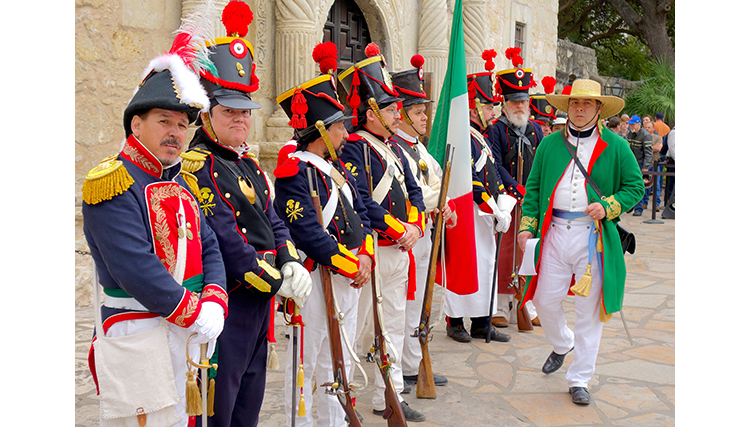 Tony Horwitz on a plantation tour, top. A reenactment at the Alamo in San Antonio, Texas. Photos are courtesy of the author. 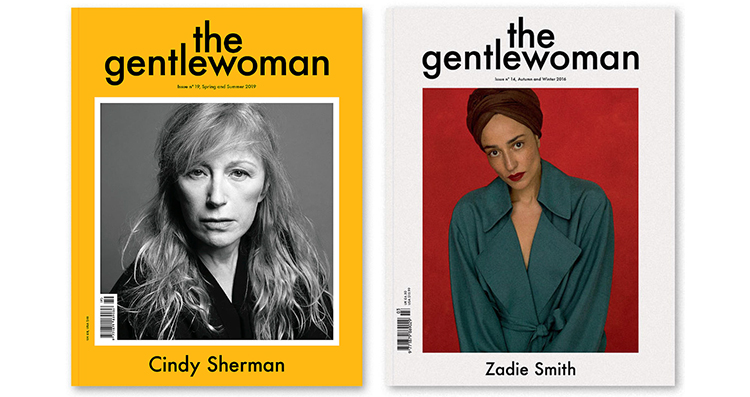 Print journalism—what remains of it—is not long for this world, regrettably. So what a joy it was discovering The Gentlewoman, a biannual affront to today’s mindless quick reads that can hardly be called journalism. This London-based fashion magazine is dense with long-form articles such as Heidi Julavits’ probing cover story on the photographer Cindy Sherman. There’s also a disarming Q&A conducted by the editor-in-chief, Penny Martin, jogging around London with the menswear designer Paula Gerbase, who’s lately turned to jewelry and underwear for women. The fashion spreads—to my delight, often feature worn clothing that’s no longer for sale, and the models include over-age-50 artists and careerists. Not to overlook the cutting-edge layouts, photography, and beautifully written photo captions—catnip for real magazine devotees. –Linda Dyett 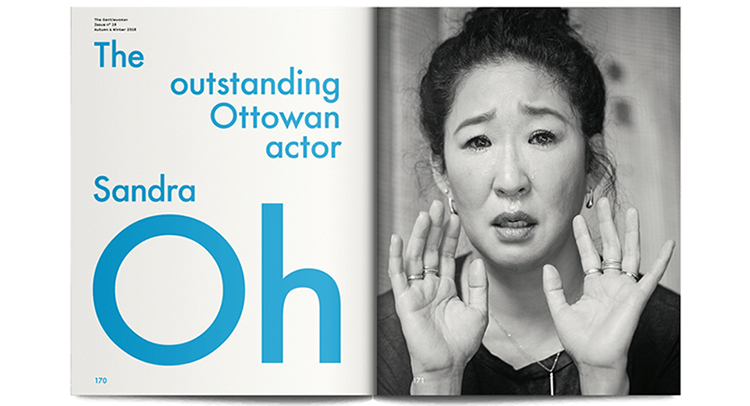 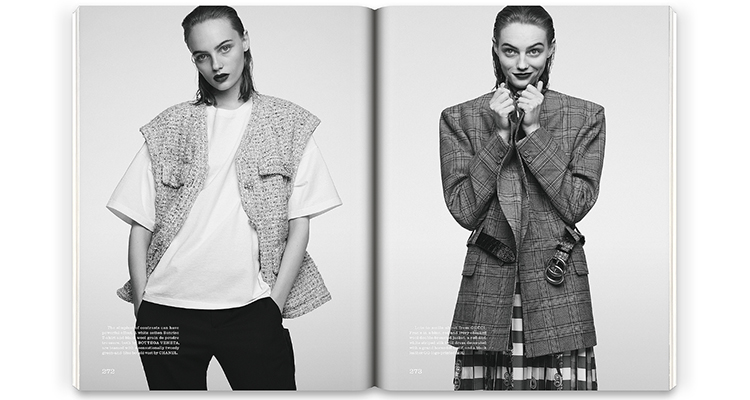