Six Books to Read in March

A good neighbor is loved, children are lost, a survivor is mourned, lives in Harlem celebrated, and we take a romp through em dashes and serial commas. Here are the books we’re very keen on for March. 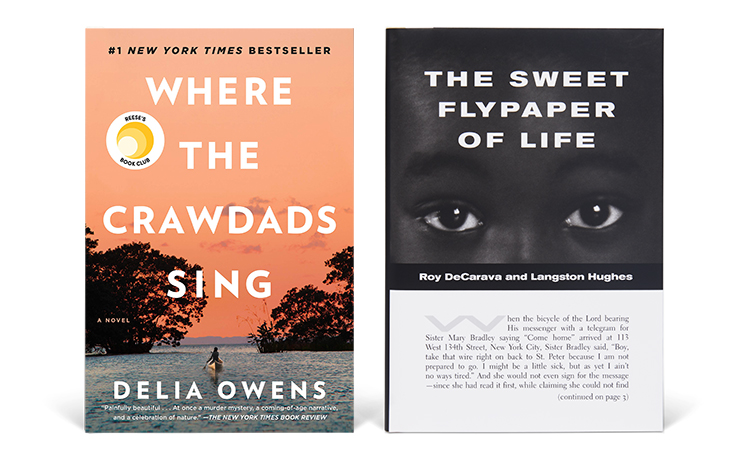 Where the Crawdads Sing by wildlife scientist Delia Owens is a beautiful debut novel about Kya Clark, known locally as “Marsh Girl,” who grows up on her own in a North Carolina coastal community. After Kya sees her mother walk away, you wonder what will become of the 6-year-old left with her alcoholic father. Then he goes too, leaving her all alone. Getting by by digging and selling mussels, she is saved from illiteracy by the kindness and help of Tate, a local boy who eventually also leaves her. More suspense when Kya, at age 23, is on trial for her life for the murder of a local man. (Penguin Random House) –Sally Wendkos Olds 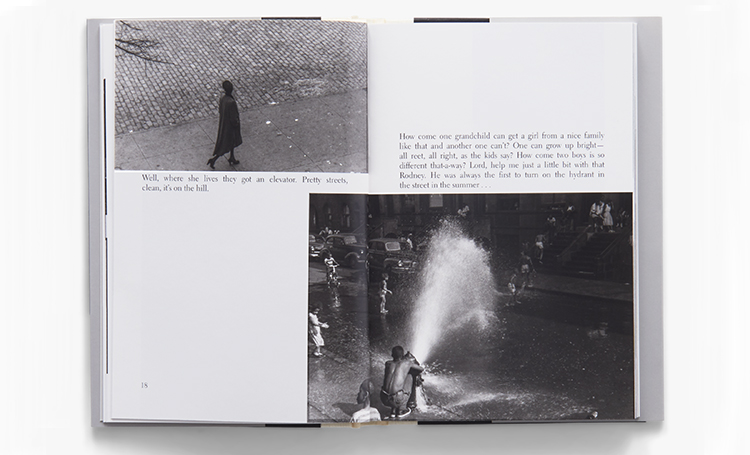 Top, cover; and above, spread from The Sweet Flypaper of Life by Roy DeCarava and Langston Hughes published by First Print Press. Courtesy David Zwirner.
. . . . . . . . . . . .

In 1955 Langston Hughes, leading light of the Harlem Renaissance, convinced Richard Simon to publish the work of Roy De Cavara, a young photographer who had been documenting life in Harlem since the mid 1940s. Simon was keen on the project: Hughes, author of the best seller “I Too Am America,” agreed to write an accompanying fictional “poem.” The Sweet Flypaper of Life—a breakthrough in photo books—has recently been republished by First Print Press. Words and pictures combine to create an intimate portrait of a Harlem long gone. We follow a grandmother, Sister Mary Bradley, as she introduces us to friends, family and neighbors, listening as she details their joys and sorrows, and watching as they party in tenements, dance in the spray of an open fire hydrant, head to work on a crowded subway. “We’ve had so many books about how bad life is,” commented Hughes. “Maybe it’s time to have one showing how good it is.” –Suzanne Charlé 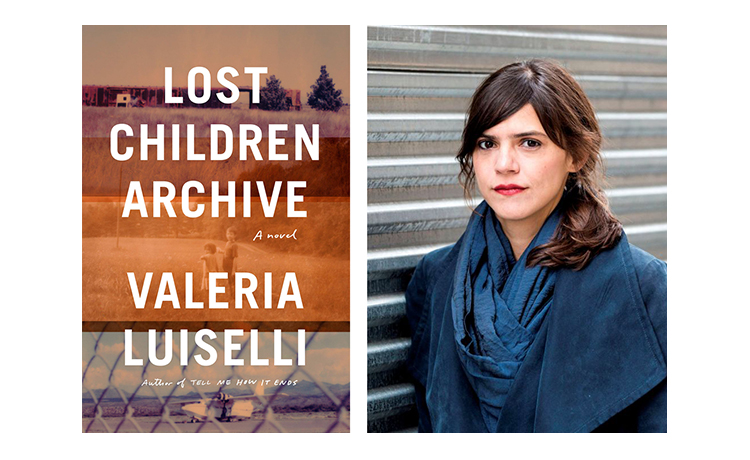 Two years ago Mexican-born Valeria Luiselli published a punch-in-the-gut nonfiction title about her work translating for undocumented Latin American children about to be deported. Now comes a kind of fictional sequel—and it is a masterwork. Lost Children Archive, her half-realistic half-magical-realistic tale, describes a family road trip from New York City toward Arizona. The husband, an audio documentarian, is relocating for a project about Apaches. Meanwhile, the wife has a friend whose children are lost in the limbo of migration. But what if the couple’s own kids become lost? Into the narrative Luiselli weaves a tapestry of maps, music, scraps of texts, photos. This is for those who care deeply about the future of the novel, the immigration debate, neither, or both. (Knopf) –Grace Lichtenstein 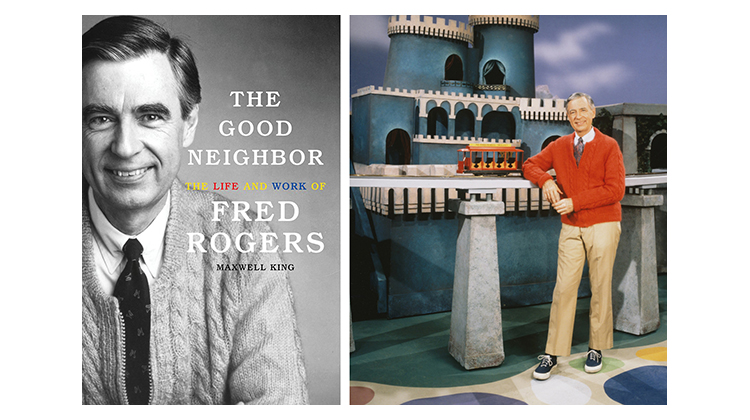 The Good Neighbor: The Life and Works of Fred Rogers, by Maxwell King, is a biography of the host of Mister Rogers’ Neighborhood, the children’s TV show which aired from 1968-2001, and which provided emotional (“I like you just the way you are”) and social support (“This is a restaurant menu”) to preschoolers. The book, published by Abrams, traces the roots of Fred Rogers’ (1928-2003) childhood as a lonely, sensitive, chubby child of wealthy parents in Pennsylvania, then details his professional life as the creator and star of the popular TV show. Teachers, parents, and other fans of the award-winning Mister Rogers’ Neighborhood will find fascinating behind-the-screen details about Rogers’ philosophy and methods as writer, actor, puppeteer, and musician of this one-of-a-kind children’s show. –Susan Shafer 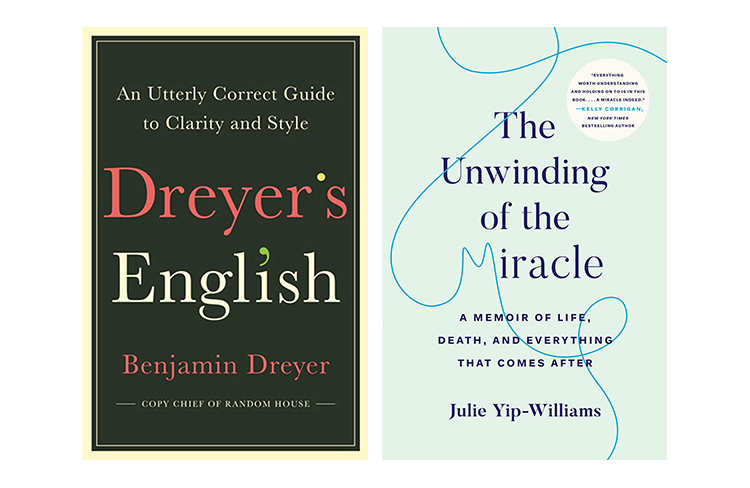 Improbably, Dreyer’s English: An Utterly Correct Guide to Clarity and Style—a romp of a book about em dashes and the subjunctive mood—has landed on the Times bestseller list. (Zounds, there must be more editors and writers than I’d imagined.) I was mesmerized by its scrumptiousness, almost devouring certain pages—for instance, where Benjamin Dreyer, the author—who’s copy chief of the book’s publisher, Random House—shares my stodgy unwillingness to use the singular “they” that’s such a commonplace these days. I picture Dreyer spending his every waking moment in thrall to the rules and quirks of the English language. The book begins with a warning not to use what he terms “Wan Identifiers,” such as very and that said. Regarding the latter, I disagree. To me, that said is useful as a polite rebuke. Dryer also evidently disagrees; he uses the term on p. 17. My prediction: Dreyer’s English will become a classic. –Linda Dyett

The Unwinding of the Miracle: A Memoir of Life, Death, and Everything That Comes After. In 2013, at age 37, Julie Yip-Williams was leading a charmed life (loving husband, two young daughters, successful career) when she was diagnosed with stage IV colon cancer. This wasn’t the first time her life had been threatened. Born blind to Chinese parents in Vietnam, she was seen as a burden and source of shame. Her paternal grandmother visited a herbalist for a euthanasia potion. He turned her down. When the family relocated to California, thanks to surgery, Yip-Williams now had partial sight and a strong desire to prove she was a survivor. She traveled widely, and graduated from Harvard Law School. Then came cancer, with its cycles of hope and despair. Yip-Williams turned to writing to try to make sense of it all, and to leave a legacy for her children. She died in March 2018, and this remarkable memoir is her gift to us all. (Random House) –Claire Berman