My Life Writing for the Soaps

When Meg Ryan got a film offer in Hollywood, the head writer was in tears and refused to kill her character. 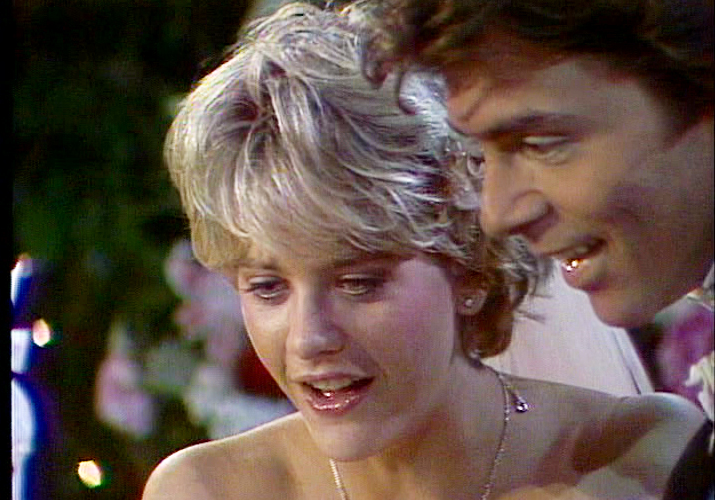 “Welcome to your world as a soap writer,” said the head writer of As The World Turns, when she asked me to join her writing staff in the early 1980’s after two years as her assistant. At the time, there were fourteen soap operas on television and As The World Turns, which had been on the air since 1956, was one of the longest running. I was thrilled! My words would come alive on national television for the millions of viewers who tuned in every day. I thought it doesn’t get better than that.

Meg Ryan, a journalism student at NYU, had just debuted in a small role in the movie Rich and Famous and she was was hired to play Betsy as the female lead in what is known in soap speak as a supercouple. It had taken years for Betsy and her beloved Steve, played by Frank Runyeon, to overcome their many obstacles. They were finally about to marry when Hollywood called: They wanted Meg. We had two weeks to write her off. Our head writer was in tears; Meg could go but she refused to kill Betsy. Our executive producer was more rational and explained that soap opera couples usually only get two weeks of marital bliss because happily married couples on soaps are boring. So after the honeymoon, Betsy was in a car crash and presumed dead. (Downton Abbey fans take note.) Several months later a beautiful blond came out of a coma and, when the bandages were removed, our new Betsy, played by Lindsay Frost, was introduced. Of course she didn’t look like Meg Ryan so we made it clear that plastic surgery had been necessary because of the accident. I wrote her tearful homecoming when the “new Betsy” picked up a phone and said, “Grandma, I’m home.” Marisa Tomei was also in the cast playing a waif who married a prince in a Charles/Diana style wedding. Julianne Moore joined the show in the late ’80s playing identical twins, which was interesting for me because I am the mother of identical twins. 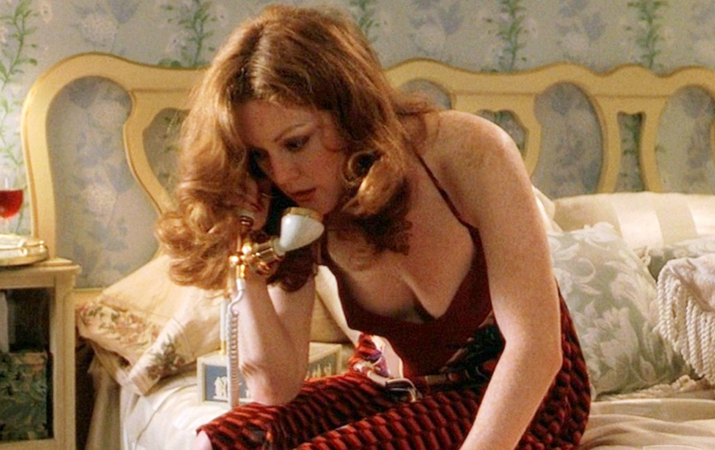 I soon learned that developing and maintaining a soap opera is unlike any other type of television show because it is on Monday through Friday all year long. There is no hiatus and no repeats. It’s the novel that never ends and there are some essential plot twists that every soap opera writer learns to respect:

When someone gets in a car, they are usually not going to make it to their destination, especially if it’s raining.

A one-night stand will likely produce a child.

Rarely does a woman give birth in a hospital. Elevators, remote cabins, and the kitchen floor are some favorite places.

Everybody in town is somehow related. For instance: The man is your father, your uncle, and your first cousin once removed and he’s only ten years older than you!

As a soap opera viewer, you will surely witness SORAS (soap opera rapid aging syndrome). For example, a ten-year-old girl goes to boarding school and when she returns home several months later, she’s eighteen, because there are more stories for teenagers than for ten-year-olds.

If a character dies and the body isn’t found, he or she is likely to return. In one of my favorite story meetings, a new executive producer wanted to bring back a character who had been killed by a jealous wife and turned into a shrunken head. The shrunken head had been seen on air, but the producer was adamant. “Make it work,” he said. And so we did. 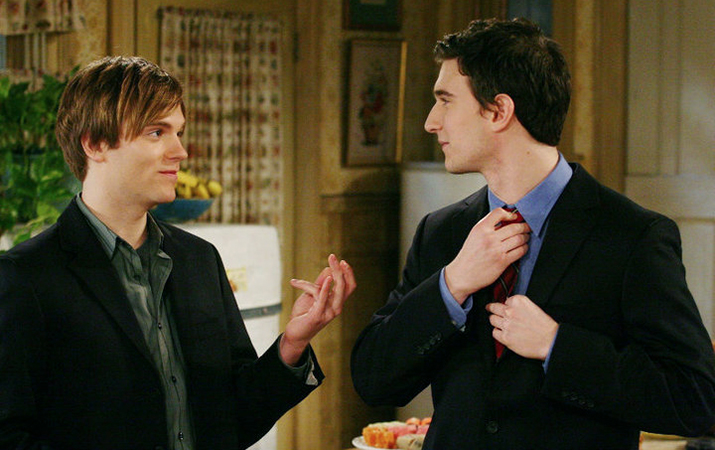 Painful as it was for me, it was not unusual to be fired when new head writers or executive producers came on board and wanted to hire their own people. Therefore every time a 13-week cycle ended there was a chance you’d be let go. I was fired from As The World Turns the first time after just one cycle when a new executive producer and head writer took over the show. At the time I was a single mother in New York City and it was important for me to stay here and resist the lure of Los Angeles, where there are many more television writing jobs, so my children could have a stable life. I was subsequently called back by As The World Turns in the early ’90s and stayed on staff for several years until the head writer died and a new regime came in. Between stints I wrote scripts for the Macy’s Thanksgiving Parade and Full Frontal Fashion, introductions for the hosts of America Movie Classics (AMC), and a documentary series for PBS, to name a few.

The ABC’s of Soaps

Every soap has a Bible written by its creator that outlines the show’s theme. For As The World Turns it was: As the world turns, we know the bleakness of winter, the promise of spring, the fullness of summer and the harvest of autumn. Like other show Bibles, As The World Turns included a description of the core families and detailed back stories of the main characters. The head writer writes long term story projections of up to two years. Following these story lines the head writer maps out the week scene by scene. She (or he) has a staff of six to ten associate writers. Each writer writes one day of the week. There are breakdown writers and scriptwriters. Breakdown writers write the narrative script and the scriptwriter dialogues it. There is also a script editor who makes sure all the days track. It’s like an assembly line that can’t break down and writers can’t miss their deadlines. If you are assigned the script for a Friday episode you know they really like your work because you are writing the script that brings the audience back on Monday. As Agnes Nixon, the creator of several soap operas, once famously said “Make them laugh, make them cry, make them wait.”

On As The World Turns I was a breakdown writer, which I preferred because you got to work closely with the head writer and contribute more to the story. On Loving and Days Of Our Lives, I wrote dialogue scripts. Some soap fans think you only write for certain characters when in fact you write for whoever lands in your day. I’m often asked where I got my ideas for these highly dramatic and often complicated soap opera stories. The answer is simple—from everyday life. And no matter how fantastical the plot might seem, soap stories were very well-researched. 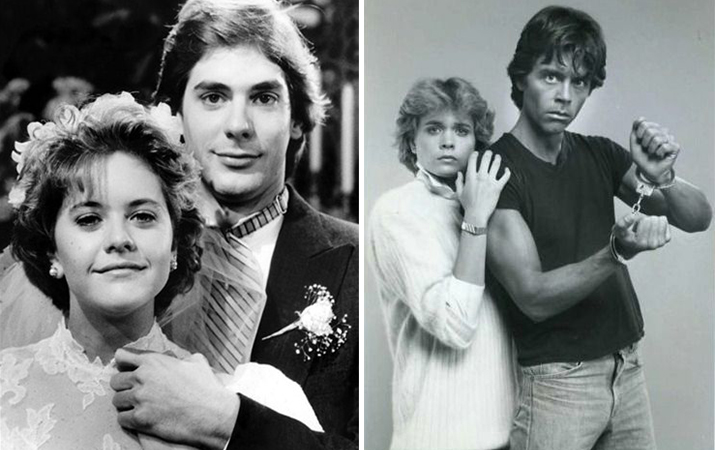 Betsy married Craig instead of Steve—and after an accident, coma, and plastic surgery—Lindsay Frost became Betsy when Meg Ryan left to act on the big screen.

Soap operas proudly used their story lines to cover a variety of issues. Because the audience was so broad the shows reached many people and made a difference in their lives. In the early 1960’s a character on Guiding Light had a Pap smear and discovered that she was in the early stages of uterine cancer. Her brush with the disease educated daytime viewers about the test’s value. The show also tackled breast cancer by showing a character getting a mammogram on air. Both Guiding Light and As The World Turns addressed the dangers of teenage alcoholism. Another World aired a daring abortion story in the seventies and Guiding Light had an explosive storyline that brought marital rape to the forefront. As The World Turns introduced a gay character in the eighties and, in 2007, broke ground with the love story of two gay men. Several soaps highlighted story lines on the challenges faced by returning veterans. HIV/AIDS, Alzheimer’s, and multiple personalities have also been addressed.

Today there are only four daytime soap operas on the air. One reason is that game shows, reality shows, and talk shows are cheaper to produce. Also, the massive audience of stay-at-home housewives who thrived on soaps has evaporated. In response to these factors prime time TV converted the soap opera format to once-a-week evening serials with such shows as Dallas, Dynasty, Hill Street Blues, ER, and, more recently, Grey’s Anatomy, Scandal, Revenge, Downton Abbey, and The Good Wife. Now cable TV has entered the mix with serials like Homeland, Boardwalk Empire and Girls that are more sophisticated and racy. In the ’50s soaps, married couples slept in separate beds. In the ’60s if a couple was in bed together, one foot had to be on the floor. Today if a couple is in bed, we have what we call the figure eight sheet wrapped around the man’s waist and up to the woman’s shoulders. The advent of cable has loosened the rules because they have fewer restrictions. That goes for the internet as well, where the genre is thriving with numerous web series becoming “guilty pleasures.” So it looks like the ongoing story is alive and well and here to stay!

Julie Poll has written scripts for several soap operas, The Macy’s Thanksgiving Day Parade, documentaries and specials. She is the author of the As The World Turns, Guiding Light, and Another World anniversary books.