Our Favorite Beach Reads for August

Life on the farm, going undercover and underwater, and the most creative man in Harlem—here are some delightful reads for the beach, the park, or the stoop. 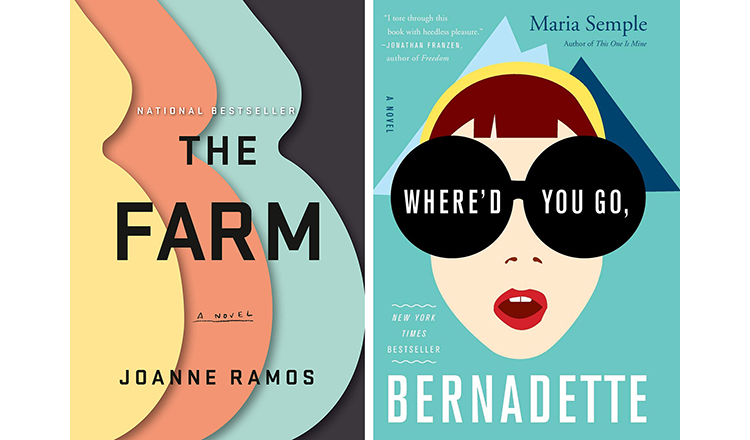 What happens when IVF and surrogacy become big business? You wind up with a luxury Hudson Valley home like Golden Oaks, or “The Farm,” where surrogate mothers wait for their wealthy donors’ children to be born. Many surrogates are immigrants. We watch as Jane, a Filipina, pines for her young daughter while awaiting the birth of the baby in her belly. Other characters are well-drawn enough to make The Farm (Random House) by Joanne Ramos more than a tract. There’s Ate, Jane’s aunt, in charge of Jane’s daughter while she is away. There’s Lisa, a rebellious “host.” And there’s Mae, an Asian woman who rules the place. A cautionary tale, told with a brisk pace and a bit of style. –Grace Lichtenstein

Where’d You Go, Bernadette? (Little, Brown and Company) As much as I adore Cate Blanchett, who stars in the movie version, my allegiance is with the 2013 novel. Author Maria Semple is a known commodity in the “biz” as the writer of Arrested Development, Mad About You and Ellen. But the only laugh track in this audacious and radically satirical novel will be provided by you, dear reader. Set in Seattle’s Microsoft wonderland of Ted Talk egomaniacs and more-organic-than-thou neighbors, Bernadette is a brilliant, quirky woman who gives up her successful career for marriage to a self-absorbed husband and raising their high-IQ daughter. Until she snaps and goes AWOL. Told in a series of emails, letters, FBI documents, and hospital bills, the search for Bernadette is a screamingly funny ride that will keep you hanging on to the surprising ending, without the hot buttered popcorn. –Stacia Friedman 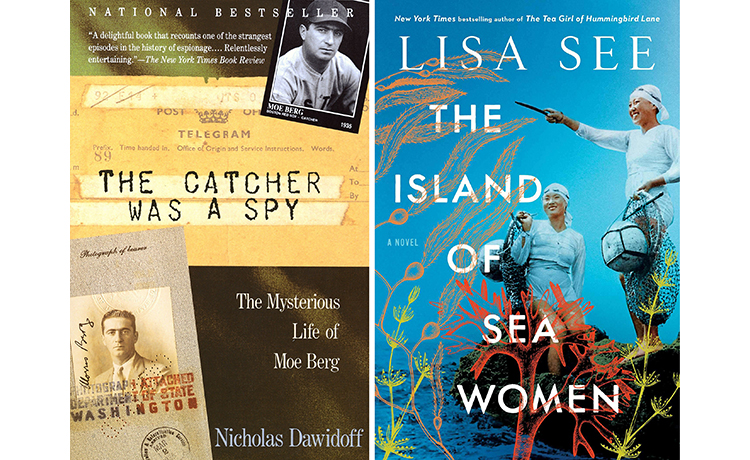 Avid baseball fans, lovers of biographies, and spy thriller aficionados will surely delight in Nicholas Dawidoff’s The Catcher Was a Spy (Vintage). Dawidoff successfully captures the enigmatic life and times of the baseball catcher Moe Berg, highlighting Berg’s intellectual rigor, athletic prowess and resourcefulness with precision and superbly crafted prose. Berg had dual passions: academics and baseball. Possessing an outsized intellect, he started school when he was three and a half years old, later devoured diverse subjects, and excelled in linguistics. His love of baseball translated into stints in the major league. Hailed for his catching and coaching, his batting was less than stellar. Patriotic, secretive, linguistically adept, and attuned to foreign cultures, he led an ensuing career as a clandestine operative during World War II, which finally provided him with his elusive home run. –Arlene Hisiger

The Island of Sea Women (Scribner), by the popular author Lisa See, tells the story of a decades-long friendship between two Korean women—Young-sook and Mi-ja—both professional divers (haenyeo), who support their families by making dangerous swims in the ocean to bring forth prized catches as varied as octopi and abalone. But after years of sharing a close bond, a traumatic incident later in life drives the women apart. By the conclusion of this gripping novel, we know the answer to the question: Can Young-sook forgive Mi-ja for failing to protect members of Young-sook’s family? –Susan Shafer 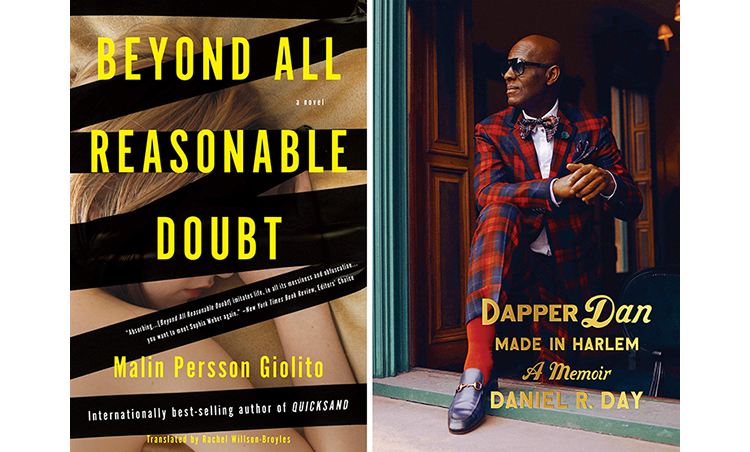 Beyond All Reasonable Doubt is prize-winning Malin Persson Giolito’s latest legal thriller (Other Press). Medical researcher Stig Ahlin—tagged by the press as “Professor Death”—has been in prison for 13 years for the grisly murder of a 15-year-old girl. When Sophia Weber agrees to help him petition for a new trial, her friends are horrified: Ahlin, they argue, had surely seduced the girl—and though never charged, had been accused of sexually abusing his daughter. But Weber, whose legal mind is as sharp as her personal life is messy, sees a flawed prosecution, a conviction based on swift assumptions. Giolito, a lawyer herself, paints a puzzling case in which egos, ethics and jurisprudence swirl under grey Swedish skies. –Suzanne Charlé

Back in the 1980s, a beleaguered, redlined Harlem saw the rise of a hustler-couturier selling Afro-urban, hip hop-inflected streetwear covered with bootlegged Louis Vuitton, Gucci, and Fendi logos—while hidden inside the jackets made for drug kingpins were bulletproof nylon linings. Reeling from trademark infringement raids (one of them led by Sonia Sotomayor—back then a lawyer representing Fendi), Dapper Dan Day was forced to close his business. But he’s recently resurfaced as a style icon with a Gucci partnership—yes, the very Gucci whose logos he poached, only to discover that Gucci had pilfered his designs. So why not collaborate? And now he’s written his riveting memoirs. Most compelling for me in Dapper Dan: Made in Harlem (Random House) are his views about “appropriation and exploitation” driving the fashion industry, and how designer logos convey the “wealth, respect, and prestige” so elusive in his community. What’s more, aren’t those ballistic nylon linings reminders of clothing’s function as protective armor—so sorely needed in our current murderous times? –Linda Dyett